Books that outline the function of race as a form of capitalist domination, from across 50 years of publishing at Verso: all 40% off until the end of September.

Every year, right wing politicians choose a new target for the culture war. While in the past they fulminated against “communists” and “Judeo-Bolshevism,” the position of the radical other as an agent of civilizational collapse has been filled by many subjects through the years. Recently we’ve been alerted to the scourge of “cultural Marxists,” antifa, and BLM terrorists. The latest embodiment of evil is “critical race theory,” which has been mentioned by Fox News alone more than 2000 times. The readings below all circle around the function of race within capitalism, with particular attention placed on how race works as an ideology of ascriptive difference. Race works to define people by what they are as opposed to what they do, and functions as a construct of direct social domination and a tool to dissolve solidarity and keep workers in competition. What are the historical roots of race in capitalism? How should we combat racism from the left? Is there a radical anti-racist politics that is distinct from liberal perspectives that focus on identity, privilege, and personal responsibility, and which naturalize racism as an outlook people are simply born with? Should the goal be to ensure that positions of privilege, wealth, and power within capitalism are distributed more fairly, or to eradicate the very roots of inequality that give rise to racial oppression in the first place?

Most people assume that racism grows from a perception of human difference: the fact of race gives rise to the practice of racism. Sociologist Karen E. Fields and historian Barbara J. Fields argue otherwise: the practice of racism produces the illusion of race, through what they call “racecraft.” And this phenomenon is intimately entwined with other forms of inequality in American life.

A remarkable book on the international operations of racism and the global meaning of Black Power.

A powerful document of theday-to-day realities of Black women in Britain.

The American Crucible furnishes a vivid and authoritative history of the rise and fall of slavery in the Americas.

Robin Blackburn argues that the organization of slave plantations placed the West on a destructive path to modernity and that greatly preferable alternatives were both proposed and rejected. Finally, he shows that the surge of Atlantic trade, predicated on the murderous toil of the plantations, made a decisive contribution to both the Industrial Revolution and the rise of the West.

Volume one of Allen's groundbreaking analysis of the birth of racism in America.

Volume two of Allen's groundbreaking analysis of the birth of racism in America.

With race and the police once more burning issues, this classic work from one of America’s giants of black radicalism has lost none of its prescience or power

Traces of History presents a new approach to race and to comparative colonial studies. Charting the different modes of domination that engender specific regimes of race and the strategies of anti-colonial resistance they entail, the book powerfully argues for cross-racial solidarities that respect these historical differences.

The story of how enslaved women struggled for freedom in the West Indies.

Postcolonial Theory and the Specter of Capital outlines a profound and rigorous critique of postcolonial theory. Focusing on the hugely popular Subaltern Studies project, Chibber shows that its foundational arguments are based on a series of analytical and historical misapprehensions.

A classic history of the role of Black working-class struggles throughout the twentieth century.

Forty years after the defeat of Nazism, and twenty years after the great wave of decolonization, how is it that racism remains a growing phenomenon? What are the special characteristics of contemporary racism? How can it be related to class divisions and to the contradictions of the nation-state? And how far, in turn, does racism today compel us to rethink the relationship between class struggles and nationalism?

The distinguished American civil rights leader, W. E. B. Du Bois first published these fiery essays, sketches, and poems individually nearly 80 years ago in the Atlantic, the Journal of Race Development, and other periodicals. Part essay, part autobiography, Darkwater explicitly addresses significant issues, such as the oppression of women and Eurocentric standards of beauty, the historical rise of the idea of whiteness, and the abridgement of democracy along race, class, and gender lines.

How two centuries of Indigenous resistance created the movement proclaiming “Water is life”.

Highly acclaimed dissection of the “new racism,” from one of the greatest radical black intellectuals of our time.

Toward Freedom
by Touré F. Reed 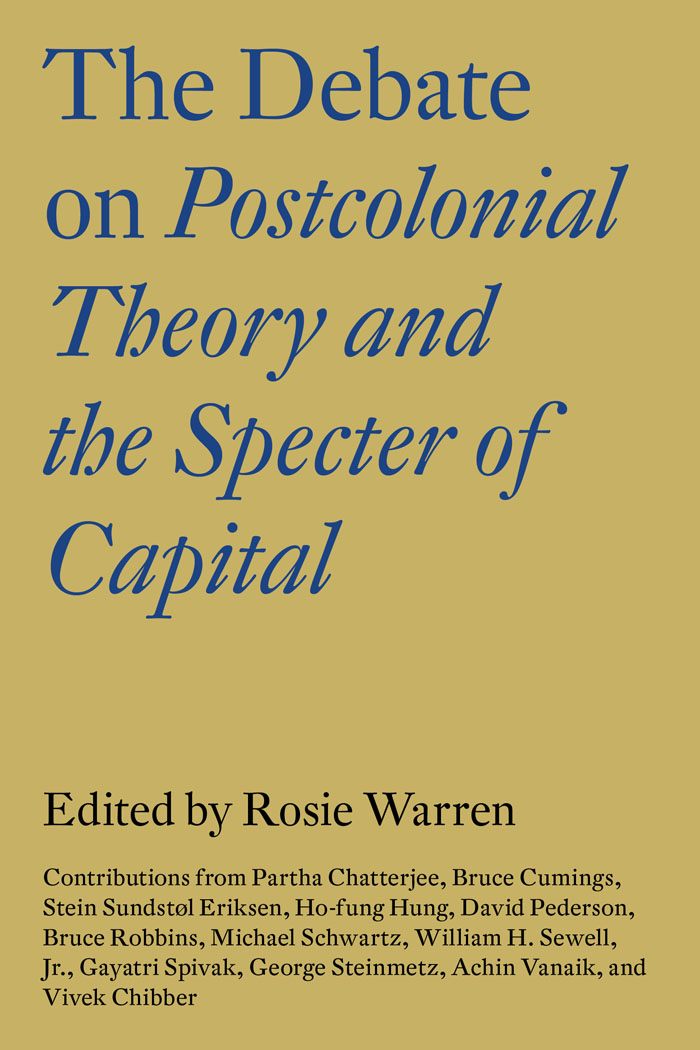