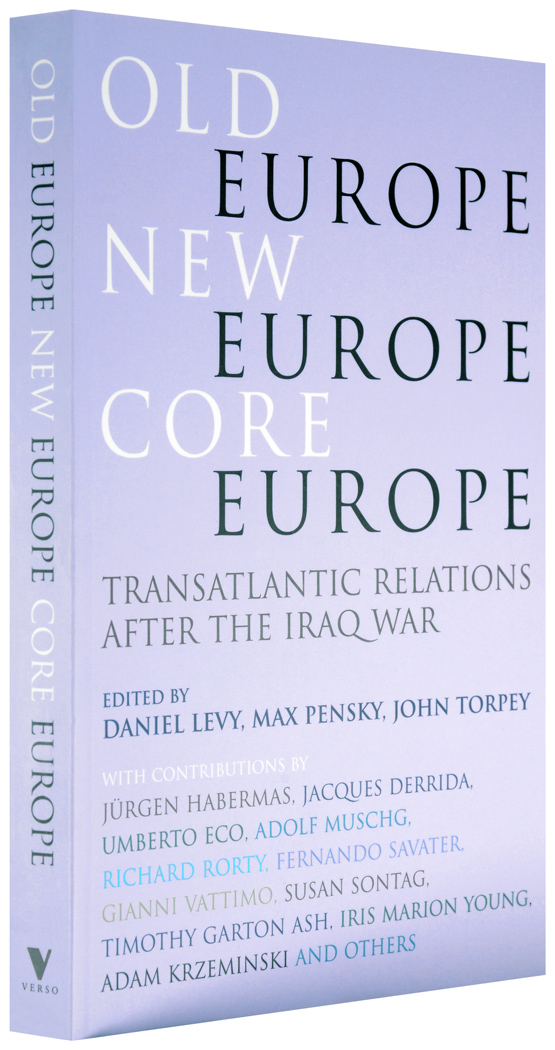 Shortly after the hostilities of the Iraq War were declared to have come to an end, the renowned philosopher Jurgen Habermas, with the endorsement of Jacques Derrida, published a manifesto invoking the notion of a "core Europe," distinct from both the British and the "new" European candidates for EU membership, and defined above all by its secular, Enlightenment and social-democratic traditions. A key component of the manifesto was its insistence on the need for a counterweight to the perceived influence of the US, a theme that also resonates in recent discussions about the establishment of a European military force outside the command structures of NATO.

On the same weekend in May 2003, a number of other leading intellectuals, among them Umberto Eco, Gianni Vattimo and Richard Rorty, published essays addressing these themes in major European newspapers, and almost immediately responses to these essays began to appear. The writings sparked a lively debate about the nature of "Europe" and transatlantic relations that reverberates through contemporary discussion.

This volume provides readers in the Anglophone world the opportunity to gain access to the debate. As the fallout from the Iraq war continues to rumble and EU expansion continues apace, this is compelling reading for anyone interested in the future of Europe and the transatlantic alliance.

What to do in Europe? Proposals from the Left

The End of Europe