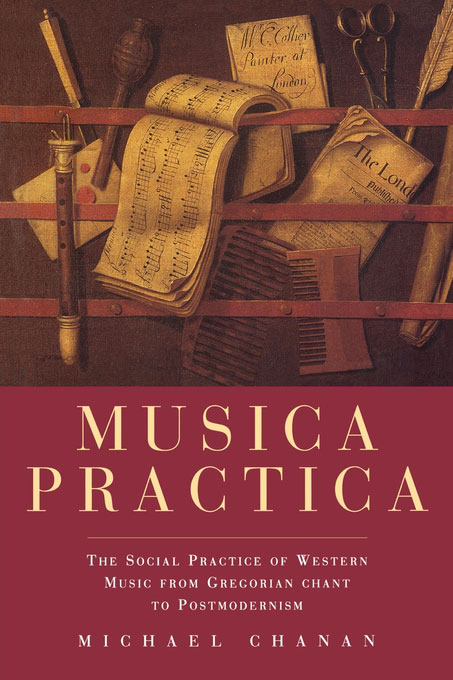 Exploring musical tradition, technology and the soundtrack of the modern world.

Musica Practica is a historical investigation into the social practice of Western music which advances an alternative approach to that of established musicology. Citing evidence from Barthes, Nietzsche, Bakhtin, Max Weber and Schoenberg, Michael Chanan explores the communal roots of the musical tradition and the effects of notation on creative and performing practice. He appraises the psychological wellsprings of music using the insights of linguistics, semiotics and psychoanalysis. Tracing the growth of musical printing and the creation of a market for the printed score, he examines the transformation of patronage with the demise of the ancien régime, and draws on little-known texts by Marx to analyze the formation of the musical economy in the nineteenth century.

Chanan sketches out an unwritten history of musical instruments as technology, from Tutankhamen’s trumpets to the piano, the ancient Greek water organ to the digital synthesizer. The book concludes with reflections on the rise of modernism and the dissolution of the European tradition in a sea of postmodernism and “world music.”

Musica Practica assumes no specialist knowledge of music beyond an ordinary familiarity with common terms and an average acquaintance with the music of different styles and periods. It is a fascinating commentary on the soundtrack of daily life in the metropolis of the late twentieth century.

Listening to Noise Uprising: A playlist and discography