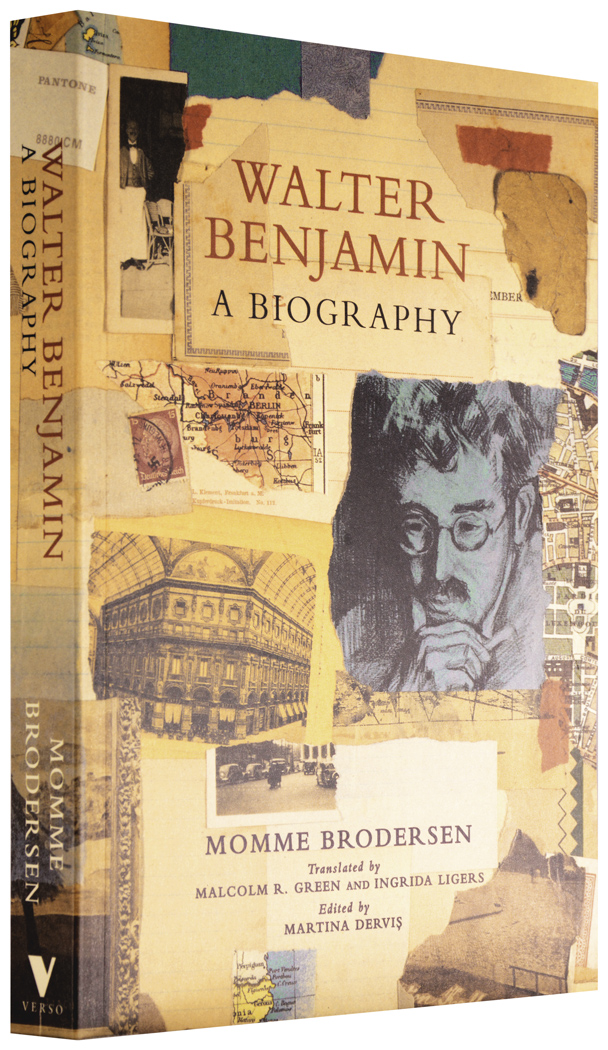 Walter Benjamin (1892-1940) is now generally recognized as one of the most original and influential thinkers of this century. In Britain and the United States in particular, he has acquired a status unlike that of any other German philosopher, as successive generations of readers find their own paths through the endlessly fruitful ambiguities of his work. The conflicts and conjunctions between Benjamin’s Marxism and his messianic Judaism, between his fascination for surrealism and his explorations of the Cabbala, between the philosopher of language and the ever-observant flâneur on the streets of Berlin or Paris—all these have inspired a wealth of interpretations and critical studies.

Widely acclaimed in Germany, Momme Brodersen’s Walter Benjamin is the most comprehensive and illuminating biography of Benjamin ever published. Not only does Brodersen provide a fuller and more coherent account of Benjamin’s nomadic career than has any previous scholar, he also demonstrates the fallacy of the popular, romanticized notion of his life as the sorrowful progression of a melancholic personality. The only real tragedy, he argues, was Benjamin’s suicide at Portbou on the Franco-Spanish border in 1940. Using previously unavailable material, Brodersen pays particular attention to Benjamin’s childhood in Berlin, to his conflicts with his bourgeois, Jewish family, his activities in the German Youth Movement, and the formative, irreconcilable influences of idealism, socialism and Zionism. He gives an exceptionally vivid picture of Benjamin’s life during the Weimar Republic, of his success as a literary critic and his work as a translator and radio journalist, as well as of his friendships and love affairs. Finally, he follows Benjamin’s harrowing journey through exile, internment and flight, and for the first time unravels the mysteries surrounding his death. At the same time, Brodersen provides a fresh and lucid presentation of Benjamin’s written work, and of the extraordinary range of his ideas and enthusiasms.

Thoroughly revised and expanded for this edition, and accompanied by more than a hundred photographs, this biography is an essential study of the man who himself remains an indispensable guide to the ruins and enchantments of the twentieth century.

“A fitting Bible for the booming Benjamin cult.”

“The definitive biography ... The crisp style and wealth of original letters and journals helpfully illuminate the life and work of this particularly difficult thinker.”

“Momme Brodersen’s biography supersedes all preceding efforts. It is highly intelligent in its uses of the historical-intellectual background. It draws revealingly on Benjamin’s own writings, letters and journals, keeping a certain critical distance from one of the spellbinding literary-philosophic presences of this century. This book merits close attention.”

“Brodersen has done impressive research and excavates a great deal of fascinating material. His book is indispensable for unravelling Benjamin’s life and work.”

“Perhaps the book’s finest virtue is that it arouses a desire to know more about Benjamin and above all to read him.”

Walter Benjamin: The Refugee and Migrant

Was Walter Benjamin a refugee or a migrant? Would he be considered as one or the other today? Is this what it means to actualise, to make contemporary, to bring Walter Benjamin into the Now?

For a Marxist Poetics of Science: An Interview with Esther Leslie

In this career-spanning interview with George Souvlis, Esther Leslie discusses Walter Benjamin, animated film, the history of color, the Historical Materialism project, and the commemoration of the revolutionary past.