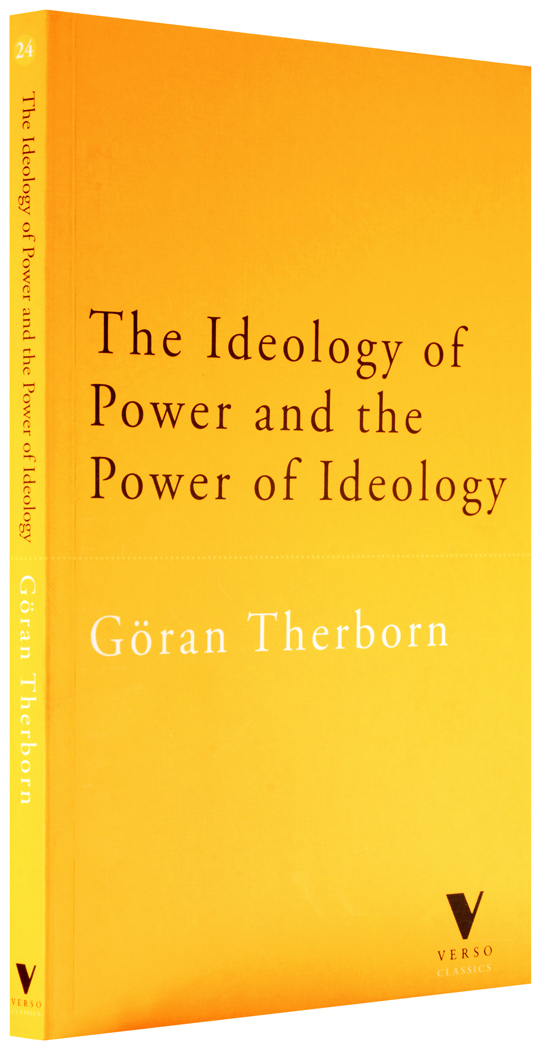 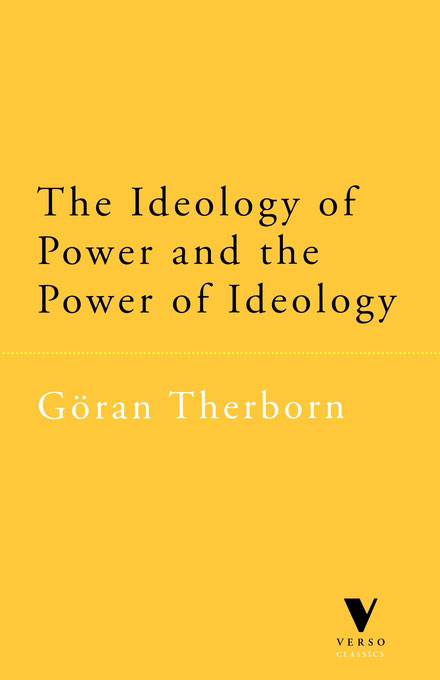 “Systematic and penetrating.”—Politics and Society

Few concepts have been so intensively discussed or so widely sponsored as that of “ideology.” Whether read as the expression of social classes or attributed a material independence and efficacy, whether devalued as false and non-scientific or asserted as the necessary element of social practice, “ideology” has become an ineluctable conceptual reference across a range of works dealing with subjects as varied as science and politics, gender and cultural production.

In this book, Göran Therborn makes a decisive contribution to the contemporary debate. Beginning with some critical reflections on Louis Althusser’s influential writings in the late sixties, Therborn develops a theory of the formation of human subjects. He then goes on to consider the material matrix of ideologies and the problem of ideological change, the ideological constitution of classes and the characteristics of the discursive order that regulates it. Turning to questions of state power and political struggle, Therborn provides a remarkable account of ideological domination that displaces traditional categories, and a fascinating analysis of the process of political mobilization.

Brief yet wide ranging, probing yet succinct, The Ideology of Power and the Power of Ideology is a work of theoretical exploration that establishes new bearings for the current discussion of ideology.

“This book represents the most systematic and penetrating exposition of the concept of ideology within the Althusserian framework ... The work should be given serious attention by anyone interested in contemporary society.”

“From the hegemony of liberalism... to an ascendancy of the right” by Robert Brenner