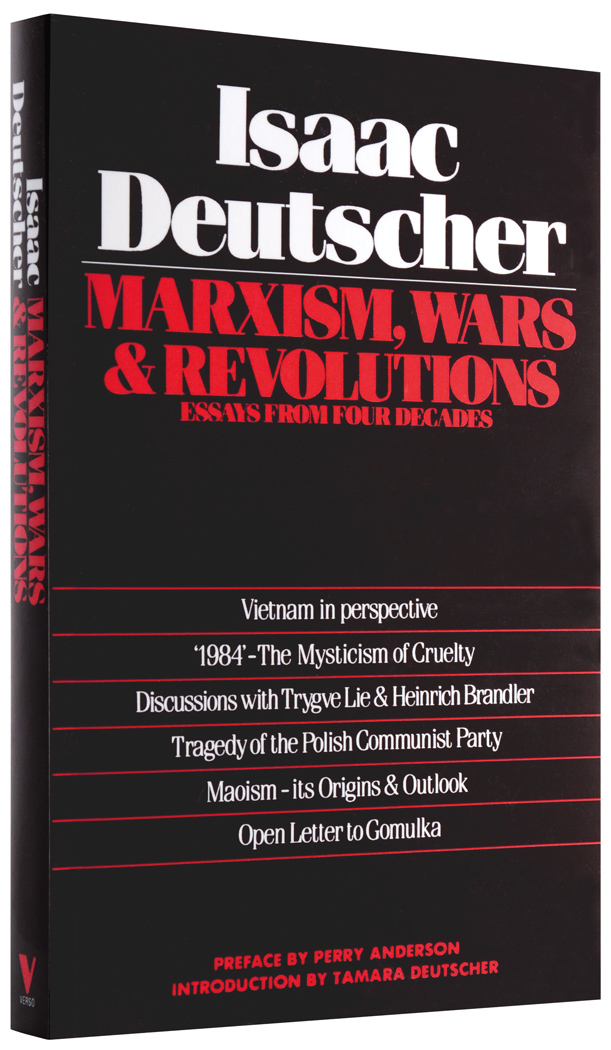 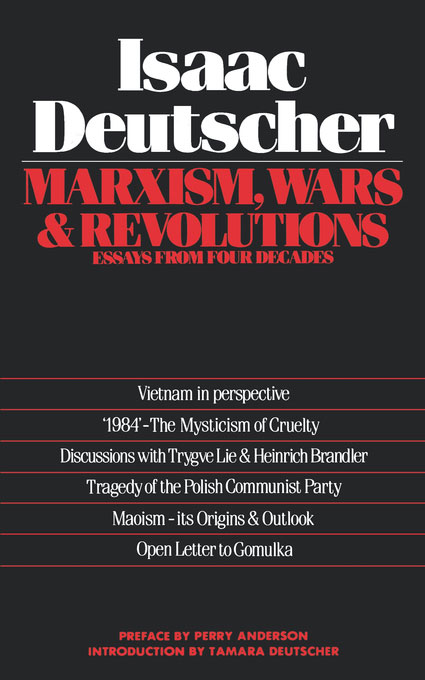 A lasting collection of some of Deutscher’s most powerful texts.

Isaac Deutscher is widely recognized as one of the foremost political biographers of the twentieth century, and his full-scale studies of Trotsky and Stalin, translated into many world languages, have played a major role in elucidating the character and fate of the Russian Revolution.

This collection of essays, hitherto unpublished or out of print, provides a clear idea of the range and force of Deutscher’s literary activity over a period of more than thirty years. It also demonstrates his essential consistency of purpose: from his sharp denunciation of the first Moscow Trial in 1936, through his resistance to the Cold War tides of the fifties, to his sober analysis of the Chinese Cultural Revolution in 1966. His fidelity to the Marxist method and firm grasp of socialist history allowed him to penetrate to the core of events without ever falling into the blind apologetics or feverish disavowals that blighted so many left-wing intellectuals of his generation.

Deutscher’s own origins in the Polish communist movement are here reflected in his famous interview on the tragedy of the Polish CP, while his major essay on bureaucracy is one of the few sustained attempts to grapple with this key theoretical and practical problem of the socialist movement.

This volume is designed both as a lasting collection of some of Deutscher’s best-known and most powerful texts, and as an introduction for readers approaching his work for the first time. A specially written preface by Perry Anderson assesses this selection in relation to Deutscher’s overall achievement, and Tamara Deutscher’s introduction passes on to the reader the often fascinating personal background to certain of the essays.

Reflections on the Russian Problem (1944)

Revolutions: Great and Still and Silent