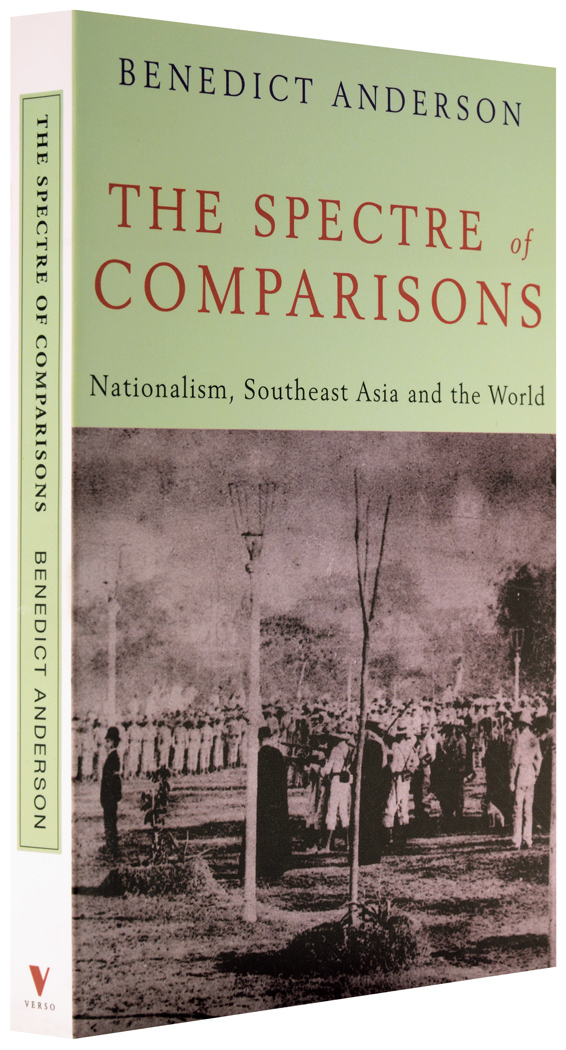 How nationalism has shaped the political and cultural landscape of Southeast Asia.

Thus the late President Sukarno of Indonesia, an anti-colonial leader, in a public speech while accepting an honorary degree, and viewing Europe and its history through an inverted telescope, as Europeans often regard other parts of the globe. Strange shifts in perspective can take place when Berlin is viewed from Jakarta, or when complex histories of colonial domination strand what counts as the founding work of a national culture in a language its people no longer read. The “spectre of comparisons” arises as nations stir into self awareness, matching themselves against others, and becoming whole through the exercise of the imagination.

In this series of profound and eloquent essays, Benedict Anderson, best known for his classic book on nationalism, Imagined Communities, explores these effects as they work their way through politics and culture. Spanning broad accounts of the development of nationalism and identity, and detailed studies of Southeast Asia, the book includes pieces on East Timor, where every Indonesian attempt to suppress national feeling has had the opposite effect; on the Philippines, where it is said that some horses eat better than stable-hands; on Thailand, where so much money can be made in elected posts that candidates regularly kill to get them; on the Filipino nationalist and novelist José Rizal for whom “we mortals are like turtles—we have value and are classified according to our shells;” and a remarkable essay on Mario Vargas Llosa, detailing the fate of indigenous minorities at the hands of the modern state.

While The Spectre of Comparisons is an indispensable resource for those interested in Southeast Asia, Anderson also takes up the large issues of the universal grammars of nationalism and ethnicity, the peculiarity of nationalist imagery as replicas without originals, and the mutations of nationalism in an age of mass global migrations and instant electronic communications.

Benedict Anderson on 'mapping the terrain' of nationalism

From Illusion to Empire: Chuang on The Creation of the Chinese Economy