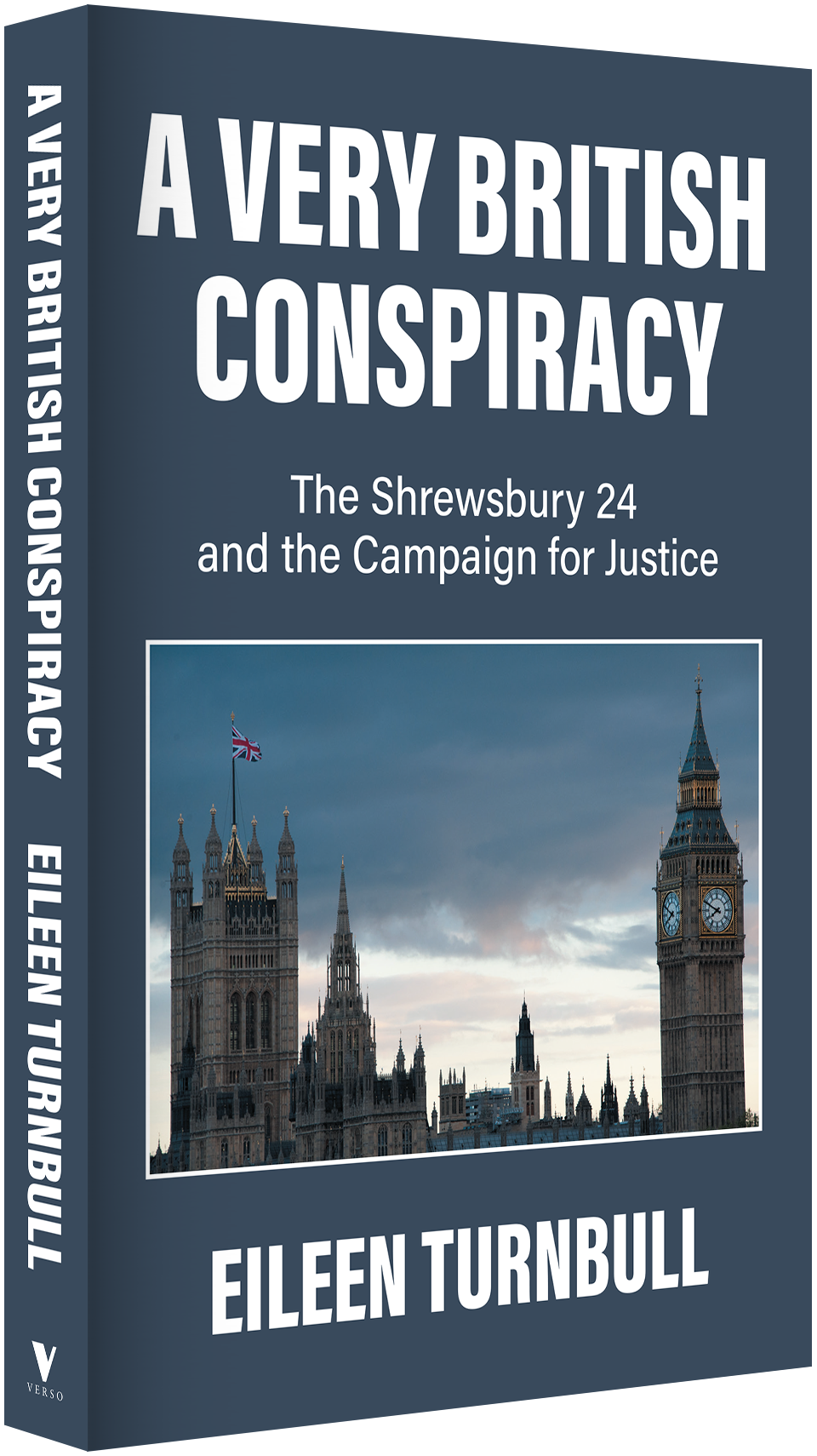 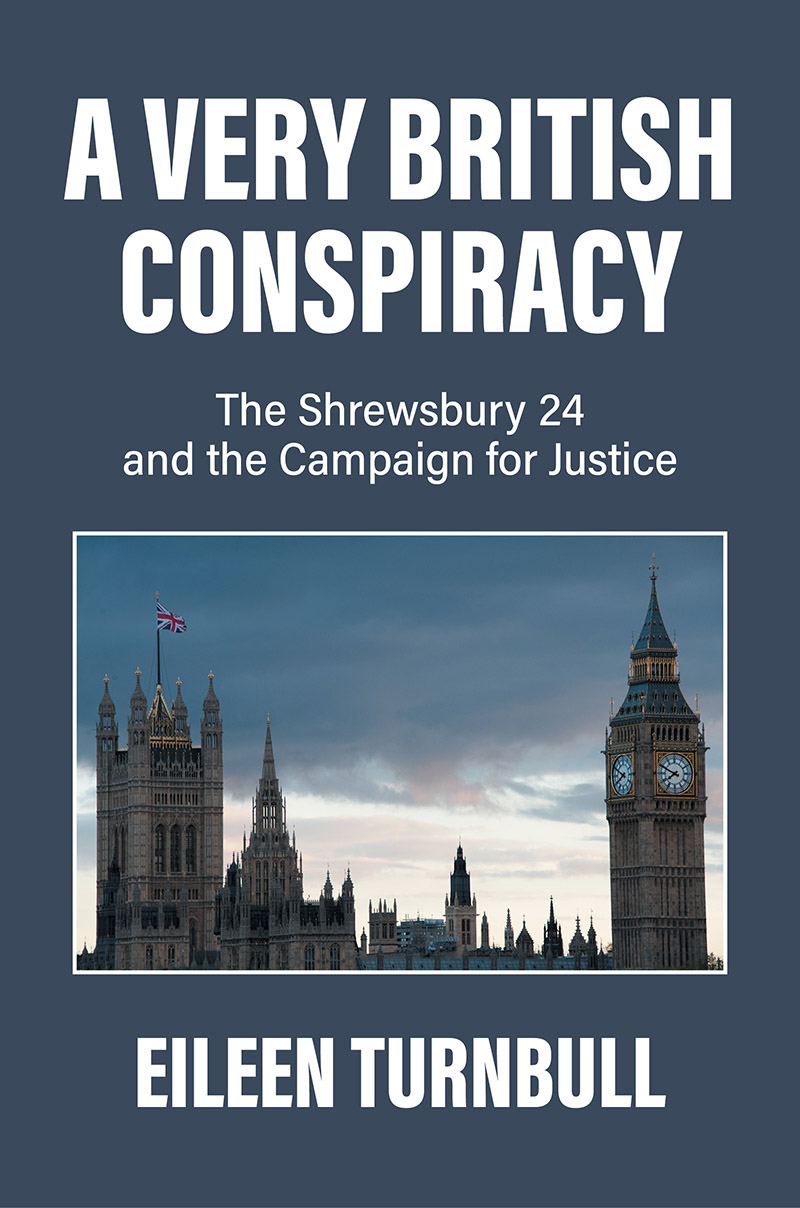 In 1973 a group of North Wales building workers were arrested for picketing-related offences during the first and only national building workers strike in Britain the year before. It was a turning point for halting the growth of trade unionism in the building industry, from which it has never recovered. A Very British Conspiracy is the first book to tell the full story of how the state prosecuted these workers and the campaign that was established to overturn this miscarriage of justice. Eileen Turnbull uncovers government and police documents that reveal the careful planning of the prosecution of the 24 men. She forensically reveals how the state used the criminal justice system to secure convictions. It analyses how, in the absence of hard evidence, the Police and prosecution went to extraordinary lengths to criminalise trade unionists.

The premature death of the lead picket, Des Warren, was the catalyst for a group of North West trade unionists and several of the pickets to come together in 2006 to organise a campaign to achieve justice. In March 2021, the convictions were finally quashed by the Court of Appeal. The book describes how the pickets and their families felt after forty-eight years being ostracised and considered as criminals in their communities, as well as the response of the Campaign committee members who had brought this historic victory about."

“This is the moving and inspiring story of the determined search for justice for the modern day equivalent of the Tolpuddle martyrs against the full might of the establishment and the heroic role played by a very special woman.”

“Incisive, compelling and moving. Exposes in forensic detail how the Conservative government, police and judiciary interfered in legitimate trade union activity, colluding against building workers fighting for dignity, decency and safety. And charts how a 47-year struggle for the truth overturned one of the worst miscarriages of justice in British history. A magnificent book about working-class solidarity.”

“What a fantastically forensic account of one of the worst miscarriages of justice in our long trade union history. I want Eileen on my side on every occasion, her grit tenacity dedication and commitment for justice for the Shrewsbury pickets is phenomenal she truly is an inspiration to all workers. Her message is simple never ever give in never ever give up. Fight on and meet the many challenges, tell truth to power.”

“Highly recommended. Eileen Turnbull's account of the massive and meticulous conspiracy waged against the Shrewsbury Pickets is full of illuminating insights, wonderful anecdotes and stories. She exposes the British Establishment and reinforces my belief in the courage, tenacity and resilience of working class women and men.”

“This powerful story tells of the incredible courage of Eileen and the many others who fought a long battle for justice against unimaginably powerful forces. With attacks on trade unions intensifying, this book serves as a timely reminder of the importance of the labour movement and the workers it represents.”

“An essential, meticulously researched account of government, employer and media collusion to manufacture fictitious information to demonise striking workers. It exposes the harsh reality of a system prepared to criminalise trade unionists for standing up to vindictive and abusive employers. The courageous determination of the Shrewsbury 24 Campaign and the inspirational persistence of Eileen has overturned this gross miscarriage of justice leaving us in no doubt that, when we never give up, we win!”

“Eileen Turnbull is one of those extraordinary working-class heroes who should be honoured by their country but in our class-riven society rarely are.”

“For the first time, Eileen reveals why the building strike was always personal to her - and why she dedicated years of her life to winning justice.”

“A history lesson with a real resonance for today.”

“Turnbull leaves no stone unturned ... Her tenacity and unwavering belief in workers' rights leads the way and would be a thought-provoking read for many ... An inspiring and dedicated piece of work”