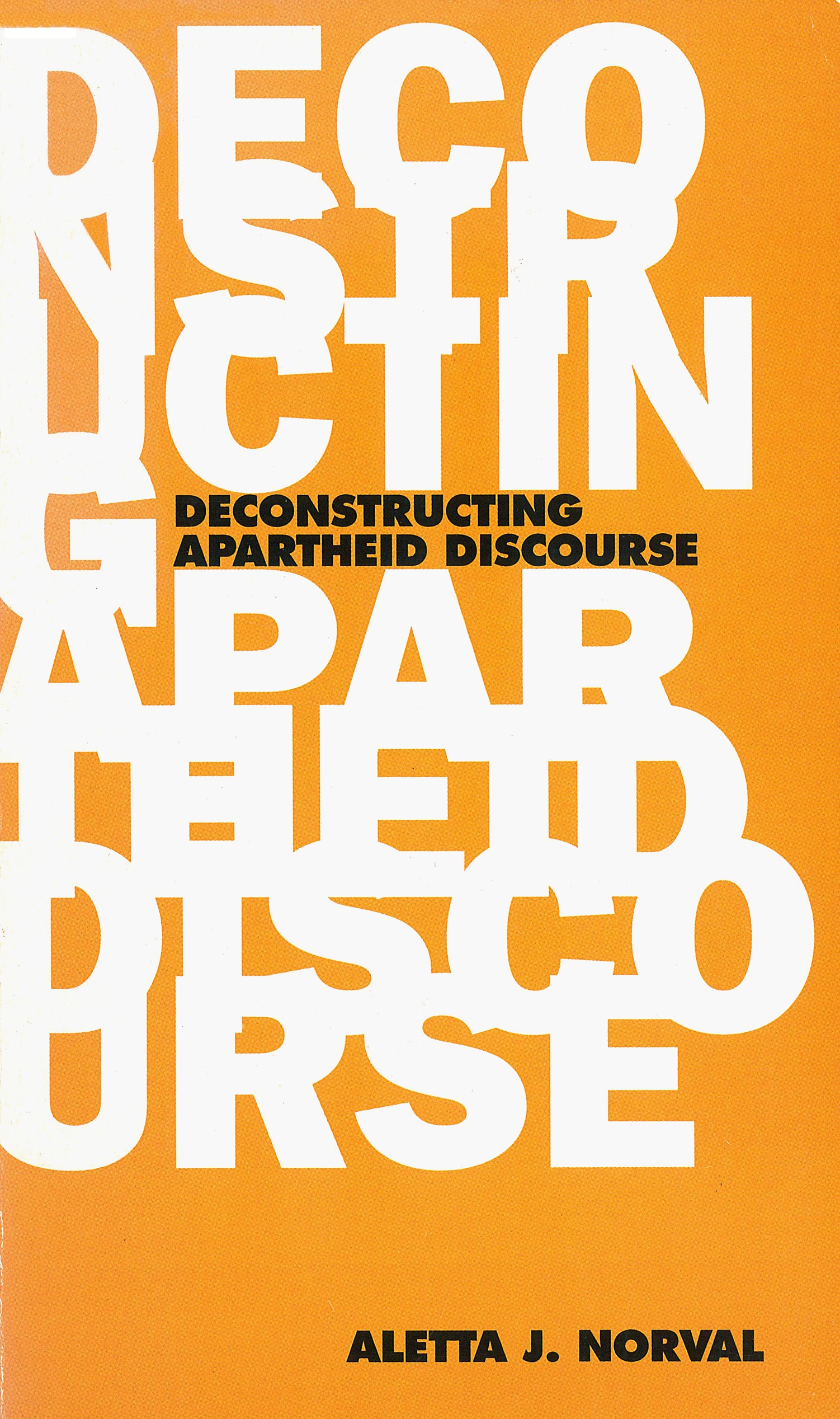 The analysis covers the institution of apartheid as a new form of social division, the transformationist project which characterized it during the 1970s and 1980s, and the disarticulation of that project from the mid 1980s to the present. Central to this analysis is the contention that apartheid, as a failed hegemonic project, can only be understood in its full complexity if attention is given to the specificity of the mode of social division it instituted. The book thus seeks to trace the construction and contestation of the central axes around which its political frontiers were organized.

Drawing on a combination of post-Marxist and post-structuralist theorizations of social division and identity formation, Norval develops an account of apartheid discourse which avoids the twin pitfalls of essentialism and objectivism. She offers an analysis of contending visions—including the discources of the far-right, Inkatha, the new National Party and the ANC—for the future of South Africa, and investigates the prospects for the elaboration of non-racialism as a new political imaginary.