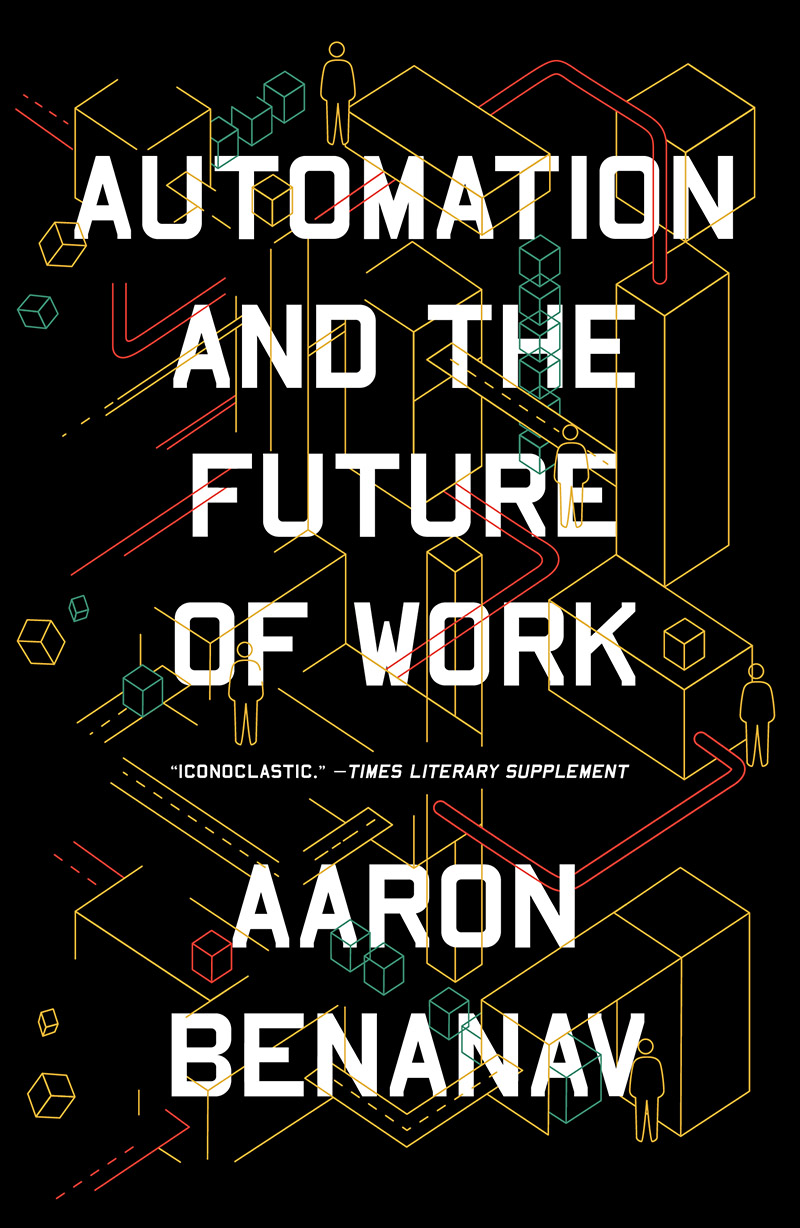 Silicon Valley titans, politicians, techno-futurists, and social critics have united in arguing that we are on the cusp of an era of rapid technological automation, heralding the end of work as we know it. But does the muchdiscussed “rise of the robots” really explain the long-term decline in the demand for labor?

Automation and the Future of Work uncovers the deep weaknesses of twenty-first-century capitalism and the reasons why the engine of economic growth keeps stalling. Equally important, Benanav goes on to salvage from automation discourse its utopian content: the positive vision of a world without work. What social movements, he asks, are required to propel us into post-scarcity if technological innovation alone can’t deliver it? In response to calls for a permanent universal basic income that would maintain a growing army of redundant workers, he offers a groundbreaking counterproposal.

“A powerful and persuasive explanation of why capitalism can’t create jobs or generate incomes for a majority of humanity.”

– Mike Davis, author of Set the Night on Fire

“An excellent, insightful account of the contours of our present labor crisis. Benanav articulately makes the case for a post-scarcity future.”

“A highly quantitative analysis of the nature of contemporary unemployment flowers into something quite different and unexpected: a qualitative argument for the invention of new collective capacities in a world where work is no longer central to social life.”

“A rare book that manages to soberly assess the contemporary landscape while keeping a clear eye on our utopian horizons. This is an important intervention into current discussions around technology and work—and a must-read for anyone who believes capitalist decay is not the only future.”

“Benanav dissects and disproves the idea that automation is eradicating work … We don’t need to wait for robots to do all the work; we can collectively decide what we need, then plan the economy to achieve it.”

“Thought-provoking … packs quite a punch of macroeconomics and practical philosophy.”

“He can write movingly and do so on a global scale.”

“The two parts of Benanav’s book—analytic and utopian—correspond to the two halves of the Marxian project: to both interpret the world, and change it.”

“Compelling reading. A rising star among the intelligentsia of the left.”

“A powerful critique … [Benanav] carefully chart[s] how our economic system is unable to deliver further social progress and … set[s] out a believable vision of a non-capitalist future.”

“Crucial … Automation and the Future of Work is impressively multifaceted for such a short text … an excellent book.”

“Automation and the Future of Work gathers significant cold water to pour on automation’s fever dreams.”

“Important … an eye-opening perspective for a convincing and encouraging political project.”

Books on work and Marxist theory, from across 50 years of publishing at Verso!