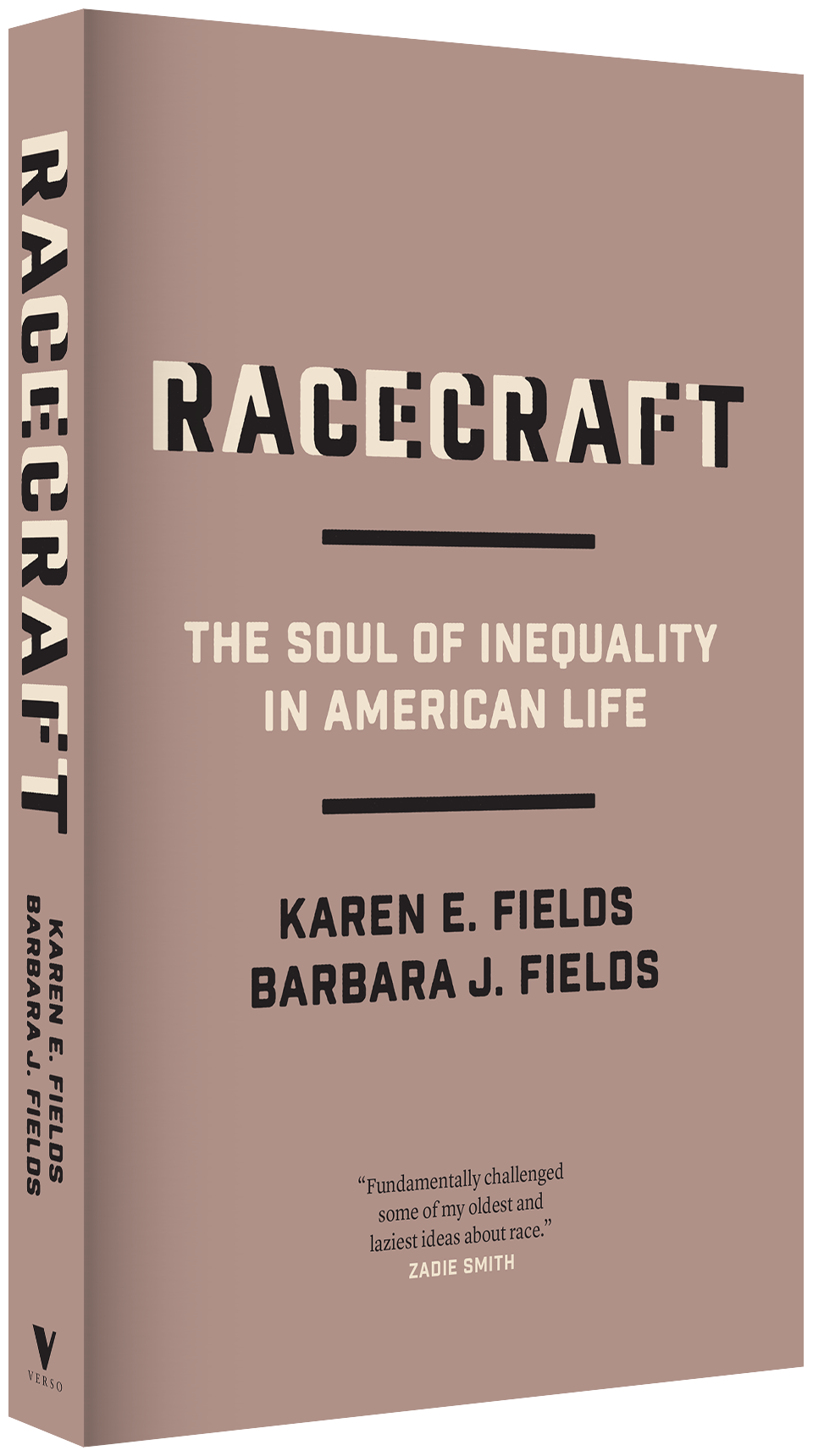 Praised by a wide variety of people from Ta-Nehisi Coates to Zadie Smith, Racecraft “ought to be positioned,” as Bookforum put it, “at the center of any discussion of race in American life.”

Most people assume racism grows from a perception of human  difference: the fact of race gives rise to the practice of racism.  Sociologist Karen E. Fields and historian Barbara J. Fields argue  otherwise: the practice of racism produces the illusion of race, through  what they call “racecraft.” And this phenomenon is intimately entwined  with other forms of inequality in American life. So pervasive are the  devices of racecraft in American history, economic doctrine, politics,  and everyday thinking that the presence of racecraft itself goes  unnoticed.

That the promised post-racial age has not dawned, the  authors argue, reflects the failure of Americans to develop a legitimate  language for thinking about and discussing inequality. That failure  should worry everyone who cares about democratic institutions.

“Barbara and Karen Fields show that racism creates race, not the other way around. So correct. So on point.”

“Fundamentally challenged some of my oldest and laziest ideas about race.”

“I love the simple elegance with which they hammer home that race is a montrous fiction, racism is a monstrous crime.”

– Junot Diaz, author of This is How You Lose Her

“A text that ought to be positioned at the center of any discussion of race in American life.”

“A most impressive work, tackling a demanding and important topic—the myth that we now live in a postracial society—in a novel, urgent, and compelling way. The authors dispel this myth by squarely addressing the paradox that racism is scientifically discredited but, like witchcraft before it, retains a social rationale in societies that remain highly unequal and averse to sufficiently critical engagement with their own history and traditions.”

“With examples ranging from the profound to the absurd—including, for instance, an imaginary interview with W.E.B. Du Bois and Emile Durkheim, as well as personal porch chats with the authors’ grandmother—the Fields delve into ‘racecraft’s’ profound effect on American political, social and economic life.”

“Karen E. Fields and Barbara J. Fields have undertaken a great untangling of how the chimerical concepts of race are pervasively and continuously reinvented and reemployed in this country.”

“The neologism ‘racecraft’ is modelled on ‘witchcraft’ … It isn’t that the Fieldses regard the commitment to race as a category as an irrational superstition. On the contrary, they are interested precisely in exploring its rationality—the role that beliefs about race play in structuring American society—while at the same time reminding us that those beliefs may be rational but they’re not true.”

“Racecraft forces a quite profound reconsideration of familiar categories, by navigating between what is real and what is made-up, and by deeply probing how economic inequality gets reproduced. It is impossible to read this rich book without being challenged and enlightened.”

– Ira Katznelson, author of Fear Itself

“[Racecraft] should be more widely read than it is—no matter its current reach. In it, the authors achieve an intelligence and agility that is rare in discussions of identity, racism, and inequality.”

“Liberal mores against overt racism are crumbling in the face of Trump. We must build them better...The Fields sisters dive through sociology, history, and science to reach the material truth: race is a product of racism, not the other way around.”

“Ostensibly ‘antiracist’ politics that treat racial categories as if they were real … perpetuate what they purport to resist. As this form of counterproductive antiracism becomes hegemonic in our culture, the Fieldses’ insights are increasingly salient.”