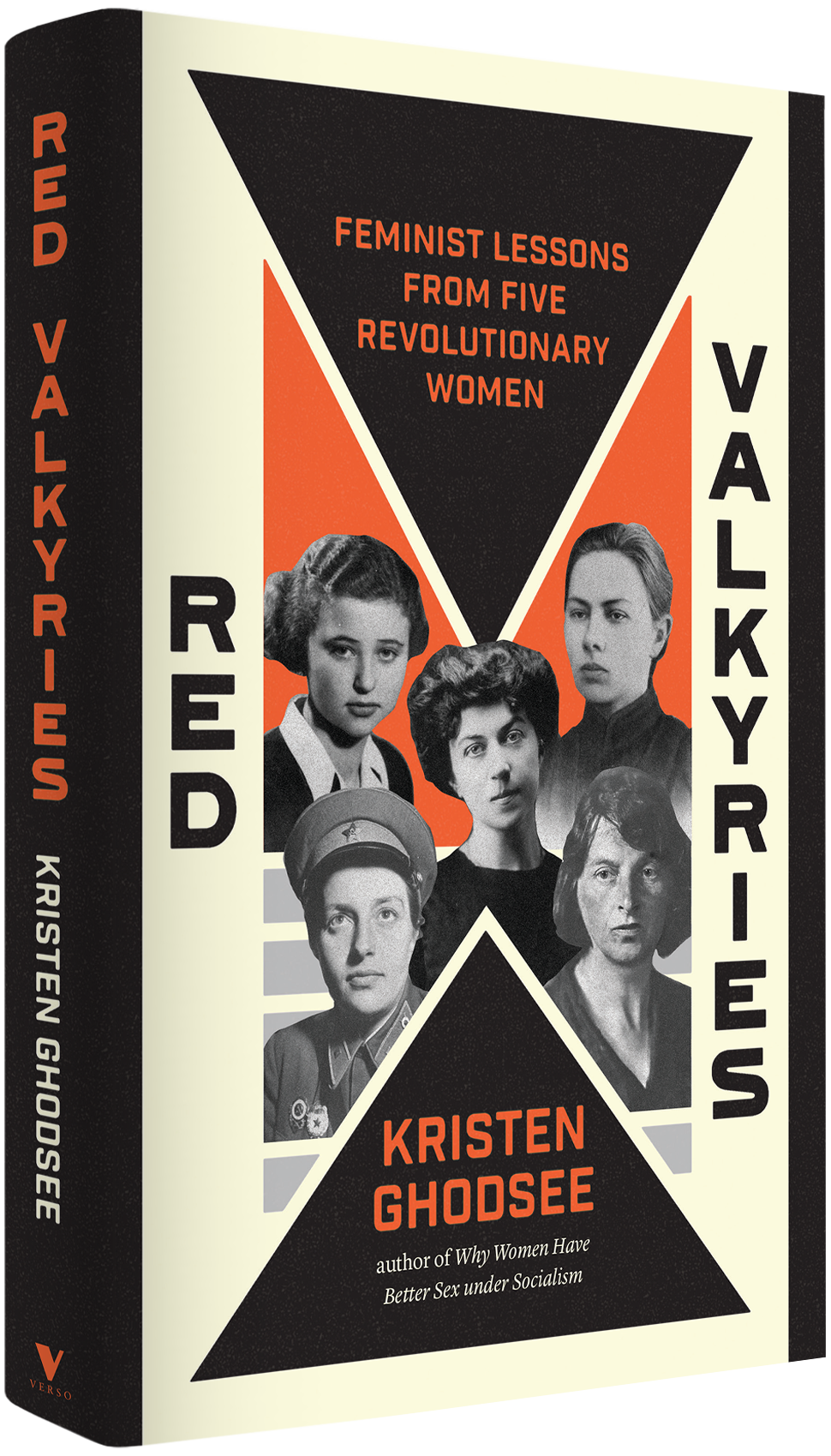 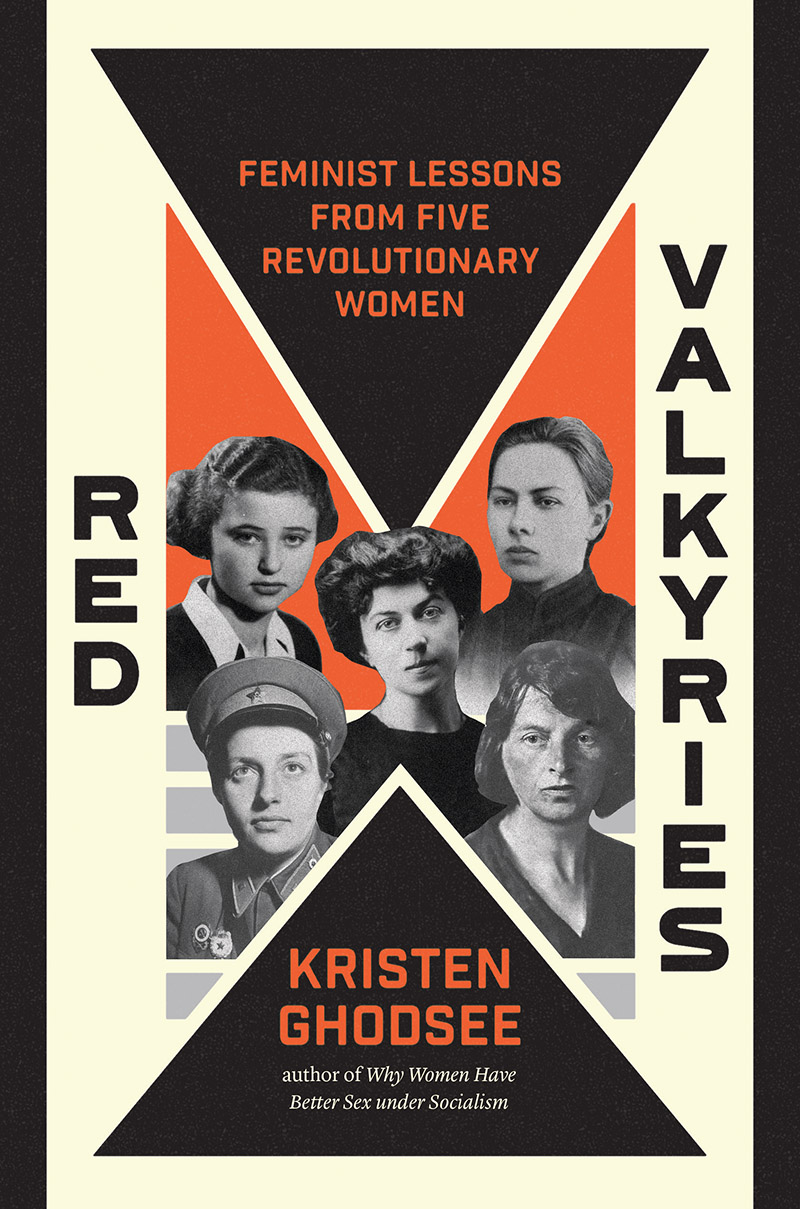 None of these women was a perfect leftist. Their lives were filled with inner conflicts, contradictions, and sometimes outrageous privilege. But they managed to fight for their own political projects with perseverance and dedication. Always walking a fine line between the need for class solidarity and the desire to force their sometimes callous male colleagues to take women’s issues seriously, these women pursued novel solutions with many lessons for those who might follow in their footsteps.

“Written with clarity and zest, Red Valkyries is an illuminating introduction to the extraordinary lives of prominent socialist women in the Soviet Union and Bulgaria.”

“In our historical moment, quotas of women in power positions and correct manners or expressions are obfuscating the long historical link between feminism and radical politics. Ghodsee's Red Valkyries is exactly the book needed to correct this misperception and help feminism to rejoin its radical past. The five figures analyzed were fighters who pursued the feminist cause through their full engagement in revolutionary political struggle. Can we still imagine this, in our era obsessed with victimization?”

“We’ve needed this book longer than we know: celebrating and learning from revolutionary socialist women, Red Valkyries gifts us with models essential to today’s struggles. Kristen Ghodsee breaks down the wall liberal feminism built in women’s history, bringing to life a vision of emancipation that continues to be worth fighting for.”

“A fascinating alternative history of the feminist movement, told from the perspective of the east rather than the west. The women Ghodsee profiles are committed socialists who realise that women's liberation is incompatible with capitalism, and who also frequently struggle against the centralisation of power within their own countries. Required reading for anyone seeking out an alternative to #girlboss feminism.”

– Agnieszka Mrozik, Institute of Literary Research of the Polish Academy of Sciences

“A beautiful book about the intimate lives and bold ideas of a range of Communist women, people who built their revolutionary dreams into reality. Ghodsee lifts up the immense contradiction between the future-oriented social hopes of these revolutionaries, these exiles from the future, and the grip of the social conventions of the present.”

“Compelling … by telling unfamiliar and forgotten stories, [Red Valkyries] suggests there are other fronts on which the battle can be fought than those favoured by western feminists.”

“Until the late 20th century, you could pay close attention in school, graduate from a prestigious university with a degree in history and still never find out who Harriet Tubman was. Outrageous, right? But due to capitalist ideology and Cold War hangover, you could still do all that and never learn about Alexandra Kollontai or Inessa Armand, or any of history’s great Communist women. Kristen Ghodsee’s riveting account of these complicated, imperfect and inspiring lives is an outstanding corrective to our miseducation, one that’s long overdue.”

“Funny and politically illuminating, Ghodsee writes with the clear-sighted directness of the revolutionary women she describes. Women’s sexual, political and daily emancipation were the eye of the socialist storm for Kollantai, Krupskaya, Armand and Lagadinova. Ghodsee's book breathes new life into their stories of how to create a world without patriarchy.”

“Illuminating...Ghodsee equips us with five extraordinary role models whose tenacity, perseverance and dedication to revolutionary politics should serve as inspiration to anyone seeking to build a better world for all.”

Our end of year highlights: 40% off all print books and 60% off all ebooks until January 2.

Bestsellers of the Student Reading Sale

Our top 20 bestselling books of the Student Reading Sale – get them all for 40% off!

I Do Not Dream of Labour: A Reading List