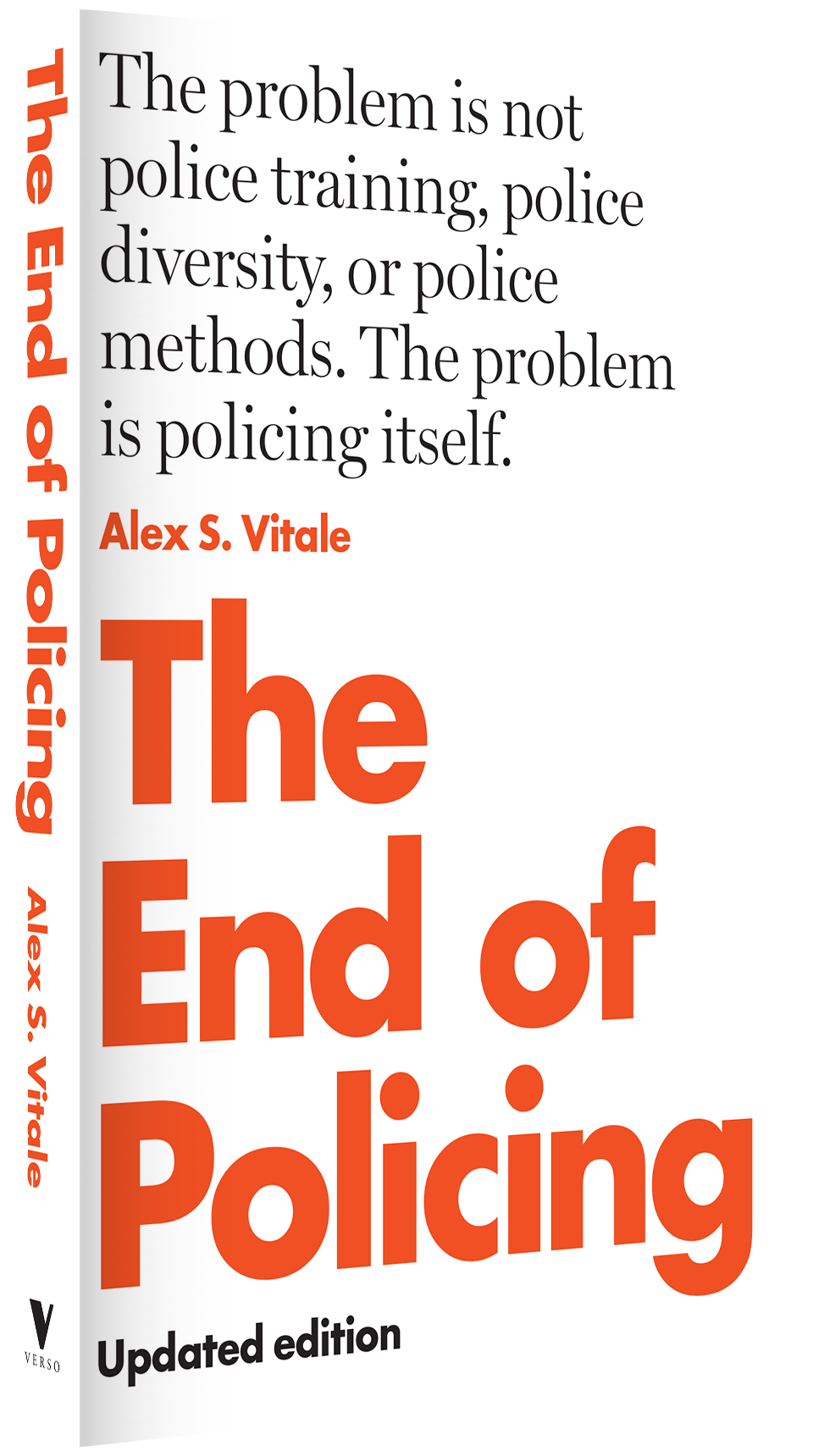 The massive uprising that followed the police killing of George Floyd in the summer of 2020— by some estimates the largest protests in US history—thrust the argument to defund the police to the forefront of international politics. That case had been put persuasively a few years earlier in The End of Policing by Alex Vitale, now a leading figure in the urgent public discussion over policing and racial justice.

The central problem, Vitale demonstrates, is the dramatic expansion of the police role over the last forty years. Drawing on firsthand research from across the globe, he shows how the implementation of alternatives to policing—such as drug legalization, regulation, and harm reduction instead of the policing of drugs—has led to reductions in crime, spending, and injustice.

This updated edition includes a new introduction that takes stock of the renewed movement to challenge police impunity and shows how we move forward, evaluating protest, policy, and the political situation.

“The End of Policing combines the best in academic research with rhetorical urgency to explain why the ordinary array of police reforms will be ineffective in reducing abusive policing. Alex Vitale shows that we must move beyond conceptualizing public safety as interdiction, exclusion, and arrest if we hope to achieve racial and economic justice.”

“Offers a compelling digest of the dynamics of crime and law enforcement, and a polemic against the militarization of everything. Vitale calls for a dismantling of our very notion of the police: a sprawling, untethered bureaucracy permitted to use lethal force and unaccountable to the people.”

“The End of Policing's great strength lies in demonstrating that if the shape of American policing is historical, it is also contingent. We could have made different choices regarding how we set about securing the public against the array of threats that confront it, and – refreshingly, at this moment of general despair – Vitale believes we still can.”

“Deeply researched, but also vibrantly and accessibly written, The End of Policing is essential reading for anyone wishing to understand the dire state of policing today. Alex Vitale shows compellingly that as long as we ask the police to shore up a fundamentally unequal and dysfunctional social order, superficial ‘reforms’ won’t do much to help. And he offers concrete alternatives aimed at restoring communities and getting police out of the business of trying to contain social problems that they cannot—and should not—control.”

“An extremely vital book on policing. Should be assigned at all police academies. If only the Philando Castile jurors had read this.”

“Challenging standard accounts of how to reform policing, Alex Vitale argues that true safety demands directing resources away from police and prisons and towards economic development, education, and drug treatment. Urgent, provocative, and timely, The End of Policing will make you question most of what you have been taught to believe about crime and how to solve it.”

– James Forman Jr., Professor, Yale Law School and author of Locking Up Our Own

“Unfortunately, neither increased diversity in police forces nor body cameras nor better training make any seeming difference. We need to restructure our society and put resources into communities themselves, an argument Alex Vitale makes very persuasively.”

– Rachel Kushner, author of The Flamethrowers

“In a tightly constructed monograph filled with reform suggestions, Vitale decries the evolution of police agencies as tools of the white establishment to suppress dissatisfaction among the have-nots. A clearly argued, sure-to-be-controversial book.”

“In a chapter on each issue, Vitale sets out the problem in depth, explores the liberal view of reforms that seek only to remove the worst excesses of police conduct and to restore the legitimacy of using force in the interests of society, and then offers ideas for alternatives.”

– The Network for Police Monitoring

“Vitale’s amassing of trenchant facts into an enticing intellectual framework makes The End of Policing a must-read for anyone interesting in waging and winning the fight for economic and social justice.”

“The End of Policing is that holiday argument book, the relatively brief stack of facts you can hand to a relative who still talks about those nice guys who helped out with the flat tire and doesn’t see why any lives have to matter more than they already do. A thorough rinsing of the American criminal justice system.”

“A welcome challenge to reformist thinking and a powerful argument against social and economic injustice, inequality and racism.”

“Suggests a radical alternative that, on the one hand, abolishes corrupt and lethal police policies designed to contain the racialised poor and, on the other, develops and sustains safer communities.”

“Offers a convincing argument that the traditional roles played by police forces have been largely counter-productive.”

“A compelling critique of modern policing.”

“Not only presents problems with policing but suggests alternatives that I had not previously considered.”

– Brit Bennett, author of The

This year you call them family, next year call them comrade. 10 books for the young relatives!