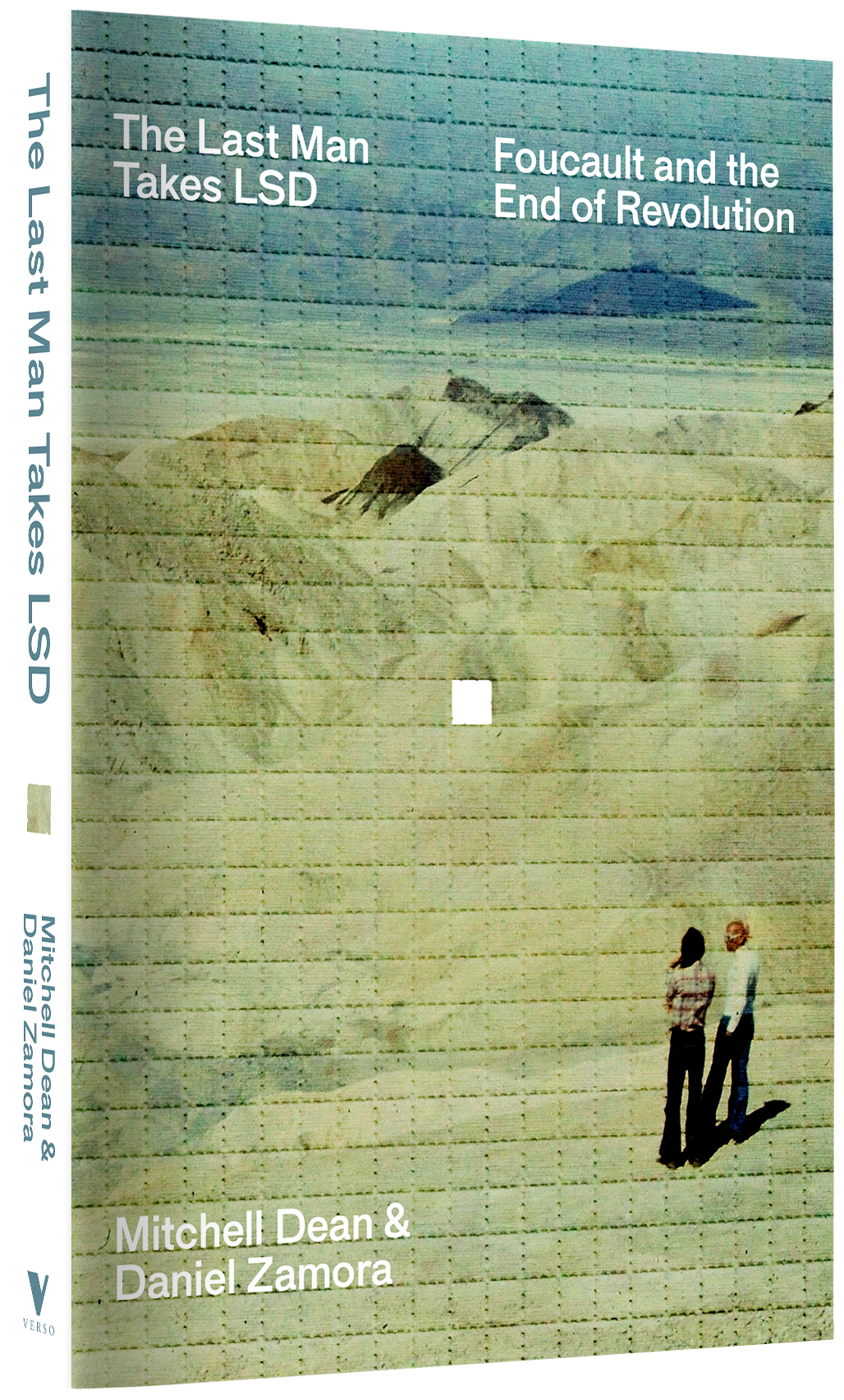 Foucault’s personal and political experimentation, its ambiguous legacy, and the rise of neoliberal politics

Part intellectual history, part critical theory, The Last Man Takes LSD challenges the way we think about both Michel Foucault and modern progressive politics. One fateful day in May 1975, Foucault dropped acid in the southern California desert. In letters reproduced here, he described it as among the most important events of his life, one which would lead him to completely rework his History of Sexuality. That trip helped redirect Foucault’s thought and contributed to a tectonic shift in the intellectual life of the era. He came to reinterpret the social movements of May ’68 and reposition himself politically in France, embracing anti-totalitarian currents and becoming a critic of the welfare state.

Mitchell Dean and Daniel Zamora examine the full historical context of the turn in Foucault’s thought, which included studies of the Iranian revolution and French socialist politics, through which he would come to appreciate the possibilities of autonomy offered by a new force on the French political scene that was neither of the left nor the right: neoliberalism.

“In their riveting study, Dean and Zamora put Foucault in dialogue not only with the anti-Marxist New Philosophers of the 1970s but also with a neoliberalism emerging from within French socialist circles after 1968. The result is a completely unexpected Foucault, more rooted in the struggles of his own time, yet still speaking, as a cautionary tale, to our own. One would be hard pressed to find a better book on such a complex thinker or a more compulsively readable introduction to the contradictory politics of the left in our current moment.”

“Dean and Zamora use Foucault’s thesis of the dissolution of the Author as the key to understanding his later shift to issues of governmentality, neoliberalism, and his turn to subjectivity. By so doing, they violate his own injunction of resorting to the author’s life to comprehend any work, and consequently produce the best account of his work I have ever encountered.”

“By locating Foucault’s later work in the social and political context of the 1970s and ’80s, in France, California, and elsewhere, Dean and Zamora have performed a double service. We finish their study better understanding the roots of Foucault’s ideas, and the motivation for his dalliance with a nascent neoliberalism. But we also perceive the limited shelf life of his idiosyncratic notion of freedom; in our time, it would be folly to carry on revering him as—in Sartre’s phrase—the ‘unsurpassable horizon’ of radical thought.”

“In this brilliant and incisive book, Mitchell Dean and Daniel Zamora show that neoliberalism appeared to Foucault to offer a break with the normalization of the welfare state and a space for new political experiments and individual freedoms. Looking back from our context of generalised precarity, deep inequality and economic and environmental crises, they challenge us to break with this tattered utopia and move beyond Foucault’s fascination with the aesthetics of the self to re-invent politics for our time.”

– Jessica Whyte, author of The Morals of the Market

“Dean and Zamora do an excellent job contextualizing Foucault’s research and ideas in his final years. They methodically trace the nuances of the era’s prickly political climate, creating a sympathetic portrait of Foucault’s promotion of a damaging and—for a thinker who fruitfully explored power and exploitation—self-defeating philosophical turn.”

“Not just a brilliant and well-timed ¬exploration of Foucault’s intellectual ¬trajectory … it is also a necessary addition to the literature that has emerged over the past five years on the intellectual history of neoliberalism.”

“The Last Man Takes LSD questions the lingering significance of Foucault’s work today, highlighting a greater gap in Foucauldian thought: the absence of a well-developed theory of the state.”

“The Last Man Takes LSD is the best account of Foucault’s engagement with neoliberalism. The book raises a number of intriguing questions, not the least of which is: What is left?”

What does ‘Left’ mean?

Mitchell Dean responds to the review of his book The Last Man Takes LSD: Foucault and the End of Revolution (co-written with Daniel Zamora) published in the journal Foucault Studies.