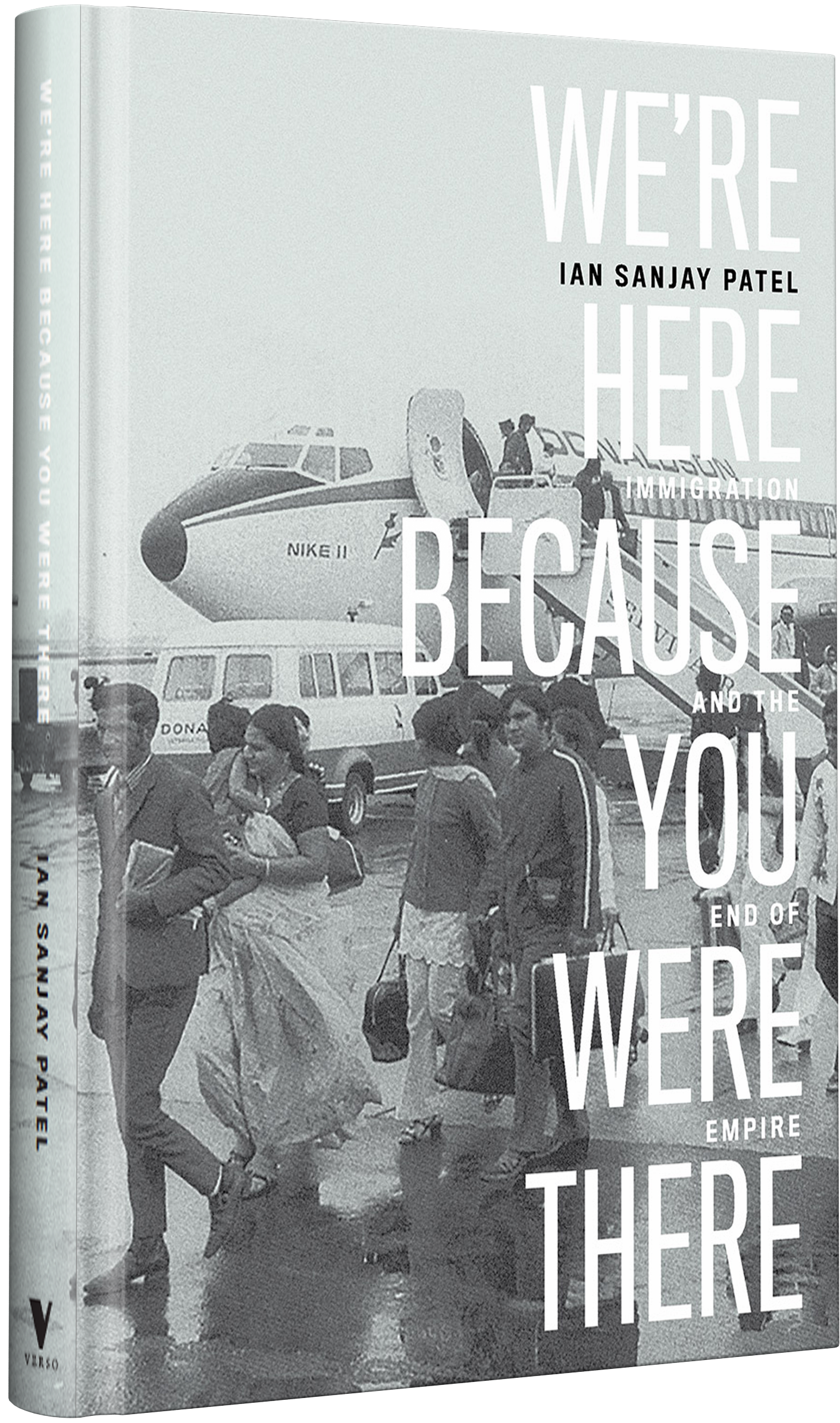 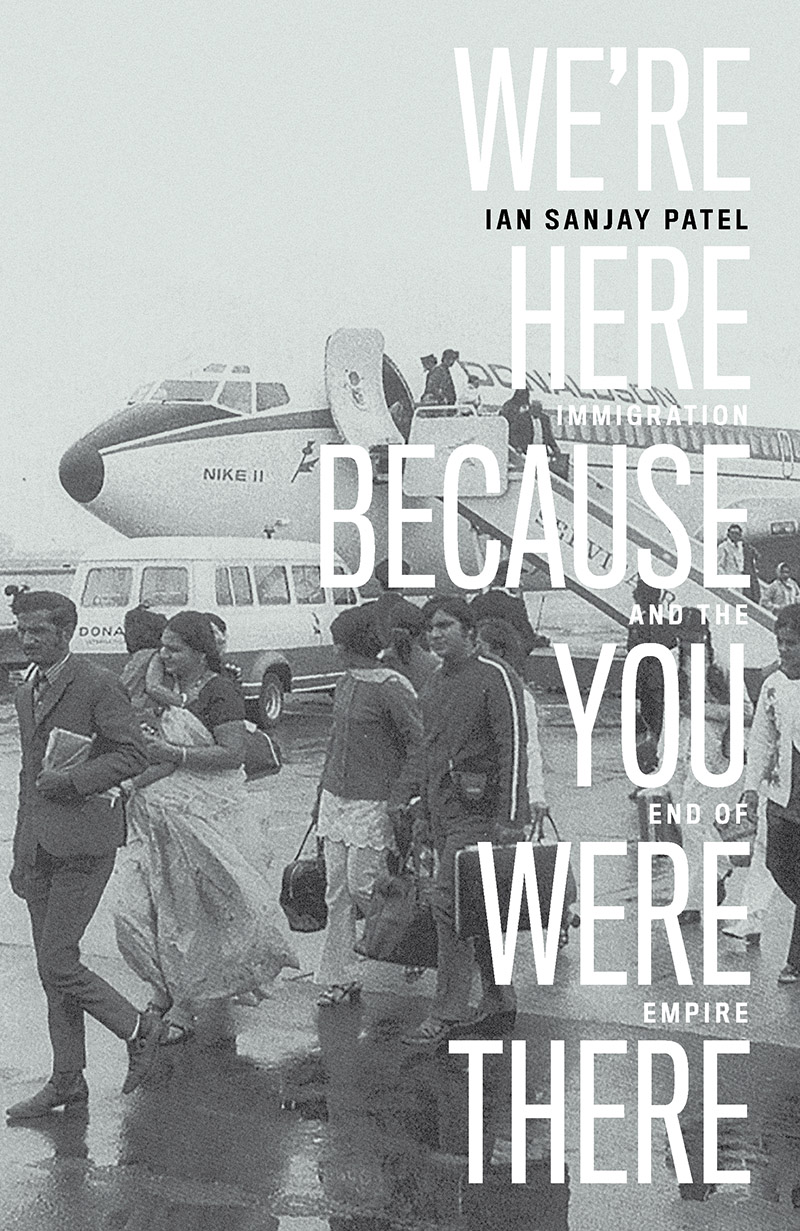 Available for pre-order. This item will be available on October 4, 2022.

What are the origins of the hostile environment for immigrants in Britain?

Drawing on new archival material from the Foreign and Commonwealth Office, Ian Sanjay Patel retells Britain’s recent history in an often shocking account of state racism that still resonates today. In a series of post-war immigration laws, Britain’s colonial and Commonwealth citizens from the Caribbean, Asia and Africa were renamed immigrants. In the late 1960s, British officials drew upon an imperial vision of the world to contain what it saw as a vast immigration ‘crisis’ involving British citizens, passing legislation to block their entry. As a result, British citizenship itself was redefined along racial lines, fatally compromising the Commonwealth and exposing the limits of Britain’s influence in world politics. Combining voices of so-called immigrants trying to make a home in Britain and the politicians, diplomats and commentators who were rethinking the nation, Ian Sanjay Patel excavates the reasons why Britain failed to create a post-imperial national identity.

The reactions of the British state to post-war immigration reflected the shift in world politics from empires to decolonization. Despite a new international recognition of racial equality, Britain’s colonial and Commonwealth citizens were subject to a new regime of immigration control based on race. From the Windrush generation who came to Britain from the Caribbean to the South Asians who were forced to migrate from East Africa, Britain was caught between attempting both to restrict the rights of its non-white colonial and Commonwealth citizens and redefine its imperial role in the world. Despite Britain’s desire to join Europe, which eventually occurred in 1973, its post-imperial moment never arrived, subject to endless deferral and reinvention.

“Combining startling new research with a clear and convincing argument, this shows just how essential the history of migration and race is to understanding Britain today.”

“Many studies of immigration suffer from two weaknesses. They discuss it in isolation from a discussion of national identity, and treat it as a domestic issue that can be analysed and explained in terms of domestic constraints and compulsions. Patel’s new book is happily free from these, and offers a historically rich and conceptually rigorous study of post-1945 immigration to the UK, especially that of East African Asians. He locates it in Britain’s imperial context and traces with great skill the debate on Britain’s self-understanding that it sprang from and influenced. This is a first-rate book and deserves to be widely read.”

“Patel provides some much-needed context for one of the world’s most contentious and vexed subjects of debate: immigration. From the legal architecture designed to make life impossible for foreigners both a century ago and today, to the hypocrisies of British officials bent on shutting out those forced from their homes, Patel succinctly and eloquently explains the long-lasting consequences of empire: how countless lives were irrevocably altered by mandarins in Whitehall offices, and the related suffering that continues into the present day.”

– Dr Shashi Tharoor, author of Inglorious Empire: What the British Did to India

“Patel provides an indispensable and urgently relevant account of immigration and the end of empire that reveals the mirage-like quality of the very concepts through which we typically understand postwar Britain. Situating the arrival of nonwhite people in Britain in an intra-imperial context, this bravely and innovatively wide-ranging account shows that neither were they immigrants, nor was Britain ending empire. Their arrival was a phenomenon of continuity rather than a dramatic break with the past. With a compassionate authorial voice, Patel captures the trauma of unbelonging and of racist gatekeeping of the planet against a backdrop of continuous, untrammeled British emigration. This carefully researched book is testimony to history’s astonishing power to change how we understand the world we inhabit by dispelling the myths that obscure truth.”

“Debates about immigration in the immediate post-war decades, argues Ian Sanjay Patel in his provocative and important new book, were really about Britain’s relation to changes in the outside world and to itself. He tells a story rooted both in the experience of migrants and in the archives of officials and politicians, at home, in the UN, and in the new postcolonial states. An idea of empire rooted in white power and colonial subjection was rearticulated for global times. Both Conservative and Labour governments utilized the law to establish a race-based set of rights for contemporary Britain.”

“This is an extraordinary and important book. It is powerful, principled and courageous, a necessary and vital disquisition on the continuing legacies of colonialism and the mindset of its making and perpetuation in the modern, brutish Britain we seem to inhabit.”

“The contemporary politics of belonging and immigration—Ian Sanjay Patel shows in this stunning history—make no sense except against the backdrop of centuries of empire, and the decades at its messy end when British identity was refashioned. We’re Here Because You Were There expertly revisits how the claim and incentive to move beyond empire followed only upon the erection of colonial hierarchy and racialized exclusion, factors which were strengthened in forgotten eras of imperial citizenship and Commonwealth unity. This book boldly and convincingly lays down a new starting point for debate today.”

– Samuel Moyn, author of Not Enough: Human Rights in an Unequal World

“A book of rare importance. Ian Sanjay Patel masterfully traces the long shadow cast by Empire over Britain’s recent history, and its present.”

“Ian Sanjay Patel’s meticulously researched book shows how vital it is to understand the effects of the legacies of empire on the history of migration, and our understanding of race and belonging in modern Britain. It is an essential book for our times.”

“Deeply impressed by this book. Expands upon many of the observations I make about multiculturalism in Empireland with real authority. Wish I’d been given it at school”

“Patel’s book—with its wonderful title—has opened a new perspective on Britain’s imperial past … nobody has produced a more astute obituary of a progressive British idealism that believed itself uniquely gifted in world governance.”

“[Patel] reminds us that the British Empire and imperial thinking lasted much longer than is generally understood … insightful.”

“A book that leaves you with much food for thought, and confirms your darkest imaginings about the days of empire and the present world order it has evolved into.”

“This [book’s] broad but telling analytical framework, combined with impressive archival research, enables [Ian Sanjay Patel] to deliver what I take to be the most compelling account of the long history of Britain’s immigration laws, from 1905 to the present. It’s a book that leaves me full of wonder and admiration.”

“The best possible guide to an essential history.”