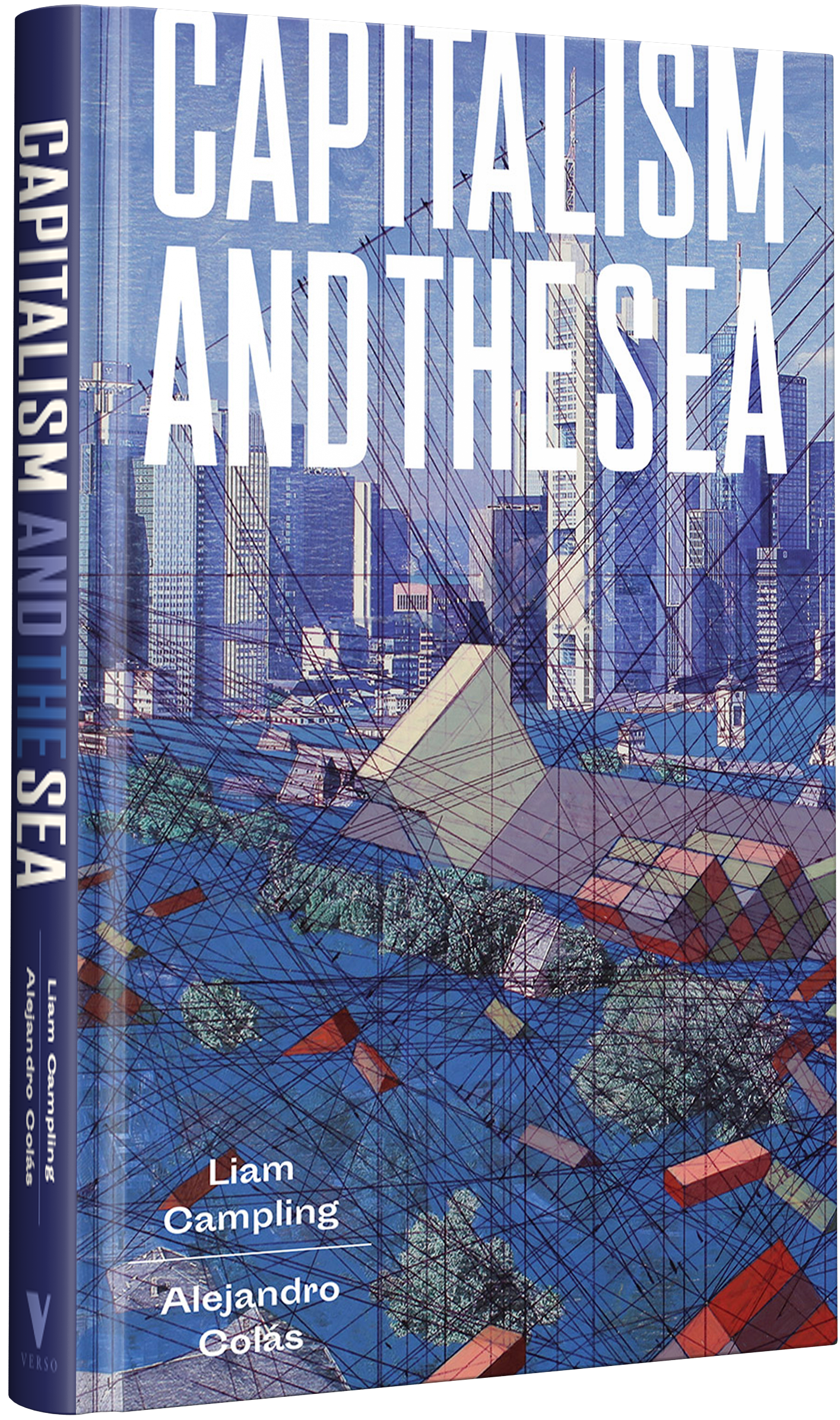 Winner of the IPEG 2022 Book Prize

The global ocean has through the centuries served as a trade route, strategic space, fish bank and supply chain for the modern capitalist economy. While sea beds are drilled for their fossil fuels and minerals, and coastlines developed for real estate and leisure, the oceans continue to absorb the toxic discharges of our carbon civilization - warming, expanding, and acidifying the blue water part of the planet in ways that will bring unpredictable but irreversible consequences for the rest of the biosphere.

In this bold and radical new book, Campling and Colás analyse these and other sea-related phenomena through a historical and geographical lens. In successive chapters dealing with the political economy, ecology and geopolitics of the sea, the authors argue that the earth's geographical separation into land and sea has significant consequences for capitalist development. The distinctive features of this mode of production continuously seek to transcend the land-sea binary in an incessant quest for profit, engendering new alignments of sovereignty, exploitation and appropriation in the capture and coding of maritime spaces and resources.

“Here at last is a sophisticated and theoretically informed book about the maritime origins and development of capitalism. After this mighty blow against the bias of terracentrism, the history of the modern world will never look quite the same.”

– Marcus Rediker, author of The Slave Ship: A Human History

“This ground-breaking, immensely rich and densely argued book shows how criss-crossing sealanes have connected ports and cities, and brought together different modes of production and social classes. Over the centuries, the sea has circulated values, human subjects, and shifting modes of exploitation; in doing this, global capitalism has established new chains of activities and evolving patterns of extraction, exploitation, circulation and distribution of (surplus) value. This mighty work of scholarship traces these human endeavours; in doing this, it has opened fresh avenues of research.”

“I can think of no other book that has dealt with the pivotal role of the sea in the evolution of capitalism as well as the wider canvas of capitalism’s interaction with the sea with as much innovation and more comprehensively than this fascinating and lucidly written work by Campling and Colás. This is also a profoundly timely intervention, given the horrifying ways in which global warming, the scourge of plastic waste , and capital’s ever faster depletion of marine life have degraded the oceans irreversibly.”

– Jairus Banaji, author of Theory as History and A Brief History of Commercial Capitalism

“Capitalism and the Sea has liberated me from the shackles of my earthbound imaginary. Liam Campling and Alejandro Colás have given us that rare opportunity: to rethink how historical capitalism works, marshalling a breathtaking crystallization of insights from environmental history, political economy, and social history. Capitalism and the Sea unsettles our conventional thinking about how power, profit and oceanic webs of life have shaped modernity, from its genocidal origins to today’s planetary crisis. Their word for these gruesome and lucrative entanglements—’terraqueous’—doesn’t roll off the tongue, but it will stick with you for a lifetime after reading this book. I will never think about capitalism the same.”

– Jason W Moore, author, Capitalism in the Web of Life

“The role of the sea in the modern world is hugely unappreciated. Campling and Colás offer an unrivalled analysis of the political and economic forces that shape our relationship to the sea, and the labour of those who work on and around it.”

“A rich Marxian account of how the maritime made capitalism. Campling and Colás tell the absorbing, deeply researched, and sweeping story of how capitalism was forged through slavery, seaborne trade, naval projection of power, vast maritime empires and modern logistics. Capitalism and the Sea shows us that, in the words of the great St Lucian poet Derek Walcott, the sea is history.”

“A novel perspective … Capitalism and the Sea brings into focus important questions from the history of capitalism.”

“An important and rewarding read, as well as a valuable addition to the growing body of work studying capital’s relationship to ecology and the destruction of the environment on which we all rely.”

“An oceanic journey through the political economy, ecology and geopolitics of the sea.”

“An ambitious, systematic, and convincing account of the reciprocal impact of capital upon the salt-water world in the past 400 years.”

Liam Campling and Alejandro Colás, authors of the book Capitalism and the Sea, pick 5 books for understanding the politics of the world's oceans.

Liam Campling and Alejandro Colás analyze the relationship between the land and sea in capitalist production, reproduction, and circulation.