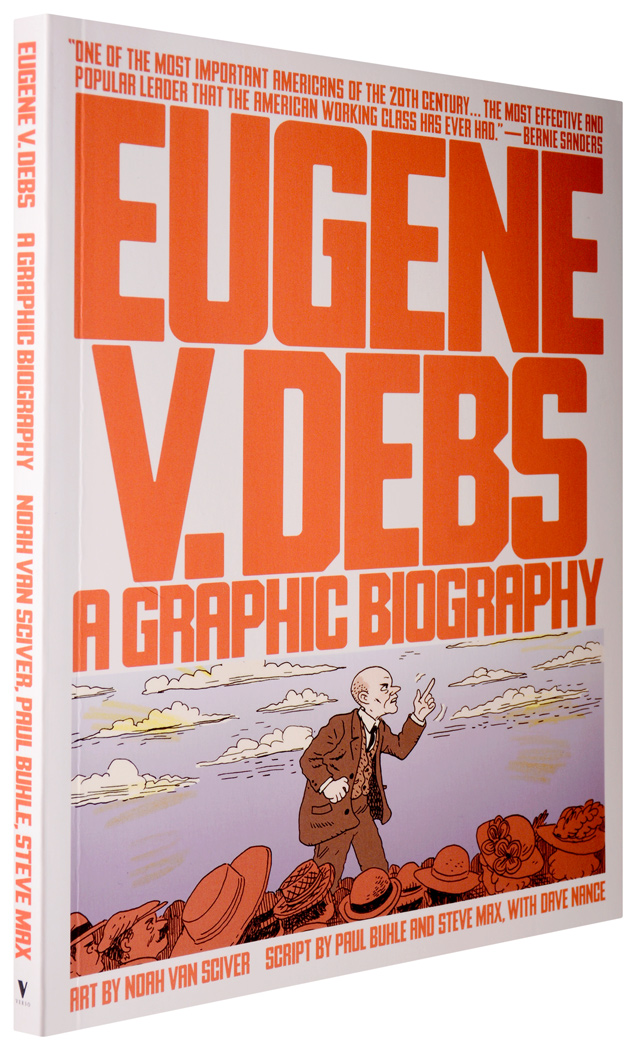 Dynamic and beloved American radical, labor leader, and socialist Eugene Victor Debs led the Socialist Party to federal and state office across the United States by the 1920s. Imprisoned for speaking out against World War I, Debs ran for president from prison on the Socialist Party ticket, receiving over 1 million votes. Debs’s life is a story of labor battles in industrializing America, of a fighting socialist politics grown directly out of the Midwest heartland, and of a distinctly American vision of socialism.

“As socialists of Debs’ era might say: ‘Here’s the ammunition.’ In addition to being a delightful biography of the railroad man from Terre Haute, this is a splendid genealogy of the struggles and ideas that energize today’s socialist revival. Buy an extra copy and turn on a friend or workmate.”

“At a time when socialism has reentered the political vocabulary, it is wonderful to have this engaging book, introducing old-timers and a new generation to the greatest American socialist, Eugene V. Debs. A beloved labor leader, tireless battler against economic inequality, and defender of free speech, Debs’s radicalism and commitment to social justice are more needed today than at any time since his death.”

“Eugene V. Debs implanted the searing notion of solidarity deep in the American soul, where it awaits rediscovery today. But we’re going to need a few more men and women like Debs—selfless leaders capable of building movements across lines of race and gender. Fortunately, I see them springing up all around us.”

“If Eugene Victor Debs could have chosen a twenty-first-century biographer, I am reasonably certain that he would have gone with Paul Buhle, the great custodian of socialist lore and champion of Debsian fellowship. This perfect retelling of the story of the great organizer and candidate captures more than the details of a radical life, it expresses the revolutionary spirit that made Debs the beloved comrade not just for his time but for ours.”

“Eugene V Debs: A Graphic Biography summons the spirit of our greatest American socialist, someone who inspired generations of reformers from A. Philip Randolph to Bernie Sanders.”

“I must shamefacedly admit that, lefty though I am, I have known very little about Eugene Debs aside from the fact that he ran for president on the Socialist Party ticket three times, once while in prison, and that he was a pacifist. Now, thanks to Noah Van Sciver, Paul Buhle, Steve Max, and Dave Nance, I can proudly hold a conversation with the most knowledgeable Socialist historian. If one picture is worth a thousand words, this excellent combination of words and pictures is worth its weight in rubies.”

– Trina Robbins, author of A Minyen Yidn un Andere Zacken (A Bunch of Jews and Other Stuff) and Last Girl Standing.

“One of the most important Americans of the 20th century … the most effective and popular leader that the American working class has ever had.”

“I see copies of this book furtively passed around the employee locker rooms of fast-food chains and mega-distribution centers throughout America where a new generation of wage slaves, with a taste for comics, will find inspiration in the story of Eugene V. Debs. The proceeds from the sale of this book thus go, indirectly, toward the abolition of capitalism.”

“A century before Bernie Sanders and Alexandria Ocasio-Cortez, the American voice and standard-bearer for democratic socialist ideas was Eugene Victor Debs. Disturbingly, the battle lines of 1919 are again the battle lines of 2019: stemming the concentration of wealth in fewer and fewer hands, assuring women equal rights, securing the rights of workers to bargain collectively, opening our gates to immigrants. On each of these, Debs showed the way. This is a biography for our time.”

– Samuel Norich, President of The Forward

“Van Sciver humanizes Debs with sensitive character design and a knack for depicting the gritty details of the past.”

“This new biography is an important reminder not just of his life but of a radical socialist history whose descendants, many of them young, are playing a role in the US today.”

“This unassuming and inviting text is not just a biography, but an organizing tool as well. The reader is advised: don’t just read, organize.”

Key titles on activism and global resistance, from movements for Black liberation and climate justice to labor organizing and anti-colonial struggles.