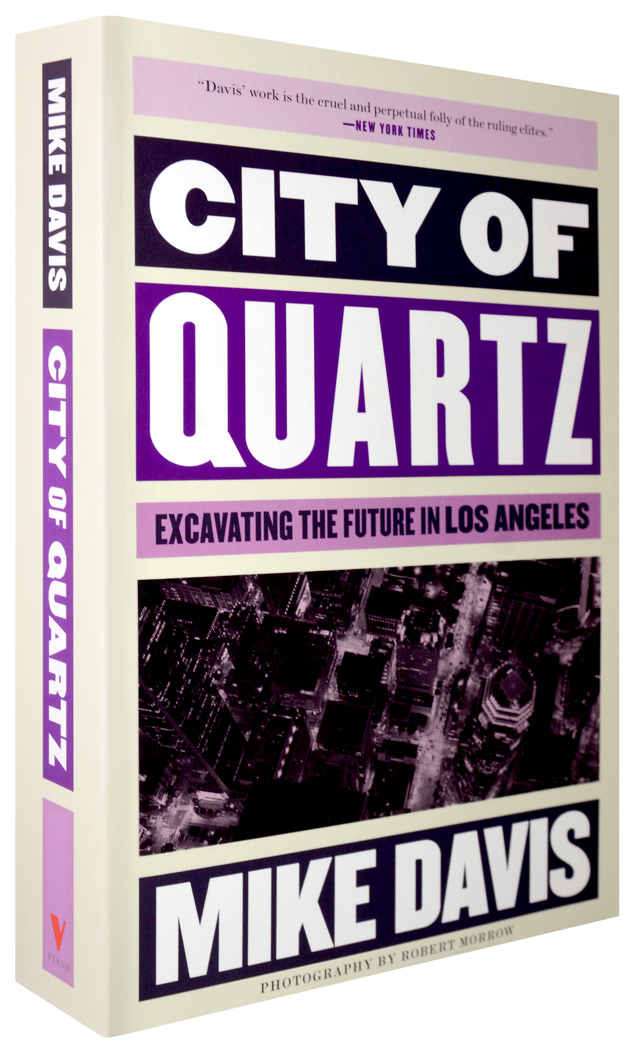 A fiercely elegant and wide-ranging history of L.A.’s Dickensian extremes and Pynchonesque conspiracies

No metropolis has been more loved or more hated. To its official boosters, “Los Angeles brings it all together.” To detractors, L.A. is a sunlit mortuary where “you can rot without feeling it.” To Mike Davis, the author of this fiercely elegant and wide-ranging work of social history, Los Angeles is both utopia and dystopia, a place where the last Joshua trees are being plowed under to make room for model communities in the desert, where the rich have hired their own police to fend off street gangs, as well as armed Beirut militias.

In City of Quartz, Davis reconstructs L.A.’s shadow history and dissects its ethereal economy. He tells us who has the power and how they hold on to it. He gives us a city of Dickensian extremes, Pynchonesque conspiracies, and a desperation straight out of Nathaniel West - a city in which we may glimpse our own future mirrored with terrifying clarity.

“Davis’ work is the cruel and perpetual folly of the ruling elites.”

“Los Angeles faces a perilous millennium whose emerging contours will surely have no more brilliant prophet or historian than Davis.”

“A history as fascinating as it is instructive.”

“At once intensely intellectual and visceral.”

“Few books shed as much light on their subjects as this opinionated and original excavation of Los Angeles from the mythical debris of its past and future.”

“As central to the L.A. canon as anything that Carey McWilliams wrote in the forties or Joan Didion wrote in the seventies.”

“Angelenos, now is the time to lean into Mike Davis’s apocalyptic, passionate, radical rants on the sprawling, gorgeous mess that is Los Angeles.”

“City of Quartz deserves to be emancipated from its parochial legacy … [It is] a working theory of global cities writ large, with as much to teach us about multiculturalism as it does racial apartheid in Los Angeles.”

“A wildly original analysis of the city on the threshold of the new millennium, the book synthesized knowledge about Los Angeles’s history, politics, culture, architecture, policing, immigration, and more, painting a dark picture that embodied a kind of American urban dystopia on steroids after the nightmare of Reaganism and the ‘developers’ millennium.’”

“We decided that we would burn our draft cards”: Interview with Mike Davis

Marking the 57th anniversary of the 1965 April revolution in the Dominican Republic and the subsequent US military invasion, historian Amaury Rodriguez speaks to Mike Davis about the left-wing mobilizations in solidarity with the Dominican people and the legacy and lessons for anti-imperialist activists today.

Complete your Mike Davis bookshelf with this reading list!