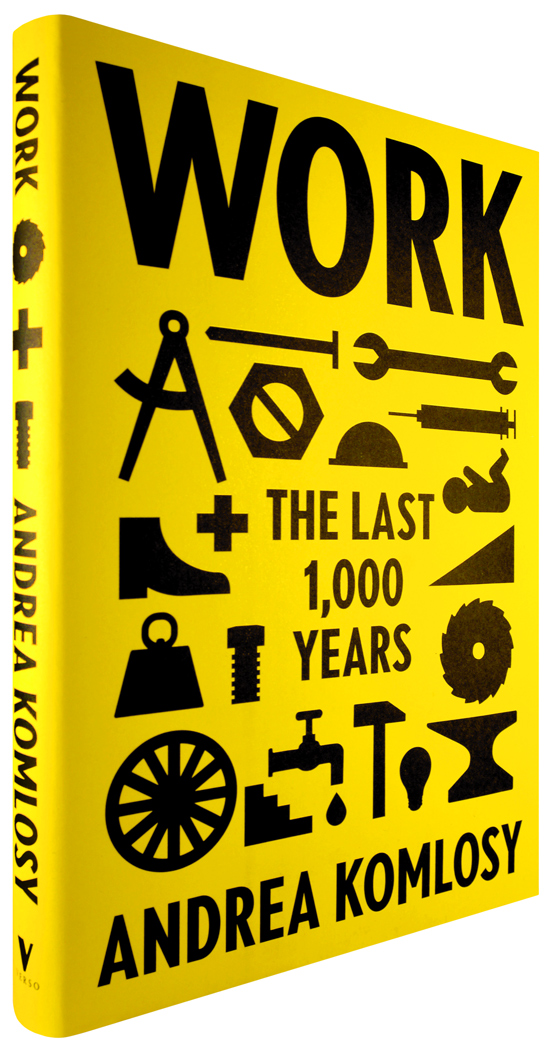 Tracing the complexity and contradictory nature of work throughout history

Say the word “work,” and most people think of some form of gainful employment. Yet this limited definition has never corresponded to the historical experience of most people—whether in colonies, developing countries, or the industrialized world.

That gap between common assumptions and reality grows even more pronounced in the case of women and other groups excluded from the labour market.

In this important intervention, Andrea Komlosy demonstrates that popular understandings of work have varied radically in different ages and countries. Looking at labour history around the globe from the thirteenth to the twenty-first centuries, Komlosy sheds light on both discursive concepts as well as the concrete coexistence of multiple forms of labour—paid and unpaid, free and unfree. From the economic structures and ideological mystifications surrounding work in the Middle Ages, all the way to European colonialism and the industrial revolution, Komlosy’s narrative adopts a distinctly global and feminist approach, revealing the hidden forms of unpaid and hyper-exploited labour which often go ignored, yet are key to the functioning of the capitalist world-system.

Work: The Last 1,000 Years will open readers’ eyes to an issue much thornier and more complex than most people imagine, one which will be around as long as basic human needs and desires exist.

“As Andrea Komlosy argues in Work: The Last 1,000 Years, our conception of what constitutes work has changed markedly over time. The professor of social history at the University of Vienna writes that our commonly accepted definitions are too narrow, too European, too male and too modern”

“Capturing this churn [in both work itself and our ideas about it] is the difficult task that historian Andrea Komlosy attempts in her new book Work: The Last 1,000 Years … Komlosy attempts the monumental task of writing a large-scale global history of labor adequate to the growing instability in how we define and participate in work.”

“Komlosy’s analysis is a helpful reminder that our familiar understanding of work is narrow and historically exceptional. The hierarchy we have established in the industrialized West, placing permanent, full-time, legally contracted wage work at the top of a pyramid of social good, is deeply flawed—denigrating not only those millions who work outside its confines, but also devaluing and neglecting the kinds of nonwork activities that enrich and give meaning to human lives. By showing that ‘work’ may exist without wages, a boss or a workplace outside the home, Komlosy’s analysis allows us to think more broadly about what we value, and whether we want to continue to separate work and life.”

– Joanna Scutts, In These Times

“Teeming with insights, from the contempt for manual labour in ancient Greece to the historical tendency for all kinds of subsistence tasks to be ‘housewife-ized’ into unpaid domestic labour.”

“Andrea Komlosy has written an important book on the global history of work during the past 800 years … she thinks about labour on a global scale, thus overcoming a deep Eurocentric bias in much of the labour history as it exists, and she brings feminist conversations on labour into an analysis of virtually all aspects of labour history. Her book is unique, I am not aware of any other such volume.”

“In Work, Komlosy, an economic and social history professor at the University of Vienna in Austria, provides a sweeping overview of how ideas and definitions about work have evolved over the last 1,000 years, calling out the very limited conception of work offered by traditional labor studies and Marxist perspectives … Komlosy’s book is ambitious in its brevity: she condenses a millennium of global history into just 225 pages, justifying her far-reaching geographic and historical scope as necessary for avoiding the Eurocentric and patriarchal biases in traditional conceptions of work.”

“Written in well-defined thematic sections that give the reader a thorough understanding of how labour as well as labour profiles have changed over the ages.”

“The theoretical and historical scope of the book is impressive.”

I Do Not Dream of Labour: A Reading List