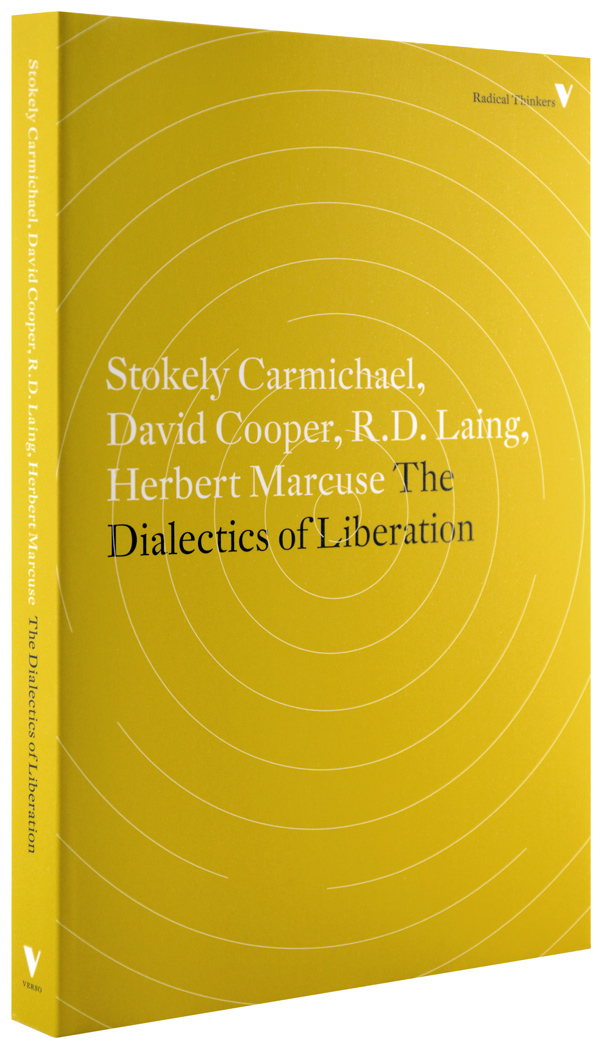 Against a backdrop of rising student frustration, racism, class inequality, and environmental degradation—a setting familiar to readers today—the conference aimed to create genuine revolutionary momentum by fusing ideology and action on the levels of the individual and of mass society. The Dialectics of Liberation captures the rise of a forceful style of political activity that came to characterize the following years.

“The Dialectics of Liberation is not only excellent in its approach, it is also invaluable in the genuinely new insights it provides in our understanding of man and society and in suggesting the directions which future reorientations of the revolution may have to take.”

Hannah Proctor on the influence of radical psychiatry on the events of May '68.

In late 1966, Stokely Carmichael was arrested during a Mississippi rally in the aftermath of the Selma campaign. On his release, he advocated Black Power, representing a break with the theory of nonviolent resistance. Strongly influenced by the work of Frantz Fanon and his landmark book Wretched of the Earth, along with others such as Malcolm X, Carmichael led SNCC to become more radical. He resigned as chairman in May 1967 and became more closely aligned with the Black Panther Party. To celebrate the anniversary of his birth, we publish the text of his speech delivered at the University of California at Berkeley expounding on his aims forty-nine years ago in October 1966.