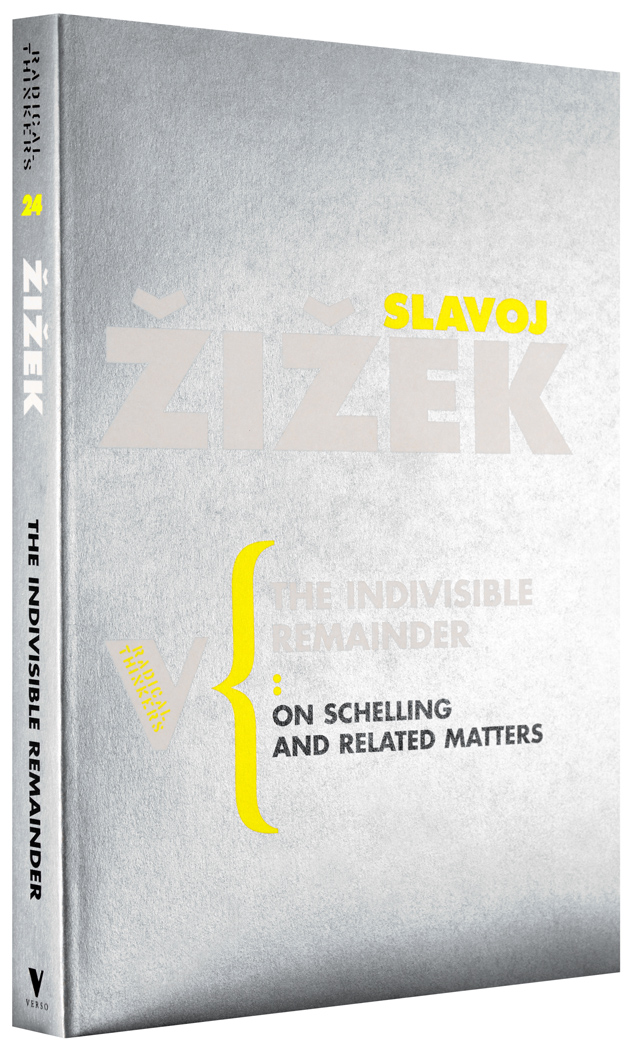 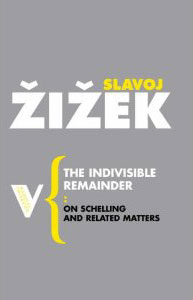 The feature which distinguishes the great works of materialist thought, from Lucretius’ De rerum natura through Capital to the writings of Lacan, is their unfinished character: again and again they tackle their chosen problem. Schelling’s Weltalter drafts belong to this same series, with their repeated attempt at the formulation of the ‘beginning of the world,’ of the passage from the pre-symbolic pulsation of the Real to the universe of logos.

F.W.J. Schelling, the German idealist who for too long dwelled in the shadow of Kant and Hegel, was the first to formulate the post-idealist motifs of finitude, contingency and temporality. His unique work announces Marx's critique of speculative idealism, as well as the properly Freudian notion of drive, of a blind compulsion to repeat which can never be sublated in the ideal medium of language.

The Indivisible Remainder begins with a detailed examination of the two works in which Schelling's speculative audacity reached its peak: his essay on human freedom and his drafts on the “Ages of the World.” After reconstituting their line of argumentation, Slavoj Žižek confronts Schelling with Hegel, and concludes by throwing a Schellingian light on some “related matters”: the consequences of the computerization of daily life for sexual experience; cynicism as today's predominant form of ideology; the epistemological deadlocks of quantum physics.

Although the book is packed with examples from politics and popular culture — the unmistakable token of Žižek’s style — from Speed and Groundhog Day to Forrest Gump, it signals a major shift towards a systematic concern with the basic questions of philosophy and the roots of the crisis of our late-capitalist universe, centred around the enigma of modern subjectivity.

“Zizek leaves no social or natural phenomenon untheorized, and is a master of the counter-intuitive observation.”

“The most formidably brilliant exponent of psychoanalysis, indeed of cultural theory in general, to have emerged in some decades.”

“The Elvis of cultural theory.”

Complete your Žižek bookshelf with this reading list! All 40% off (print books) and 60% off (ebooks) until January 4th.