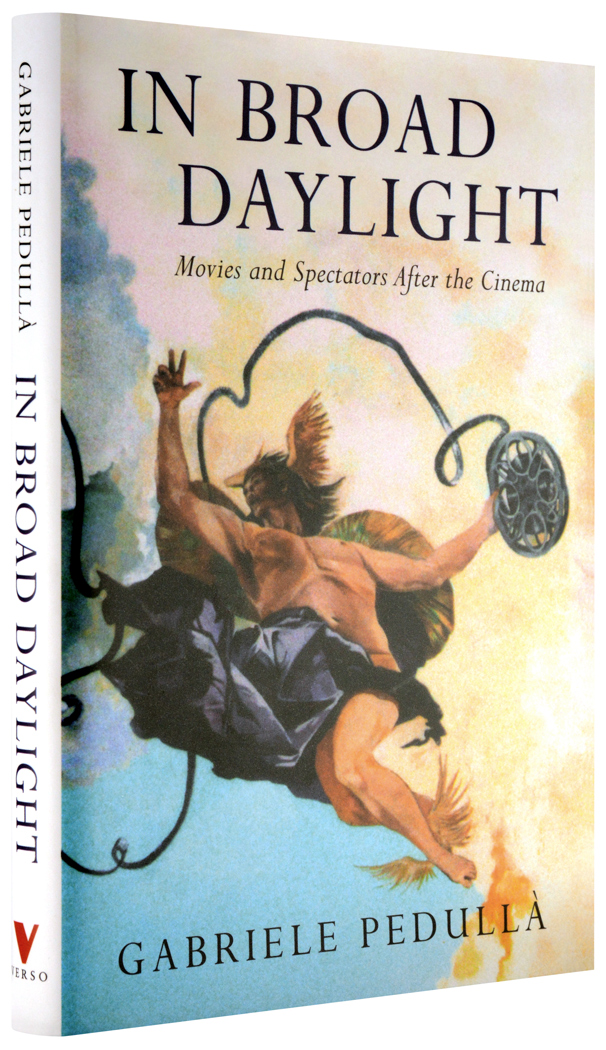 In Broad Daylight
Movies and Spectators After the Cinema
by Gabriele Pedulla
Hardback
Hardback with free ebook
$24.95$19.9620% off
182 pages / June 2012 / 9781844678532
Ebook
Ebook
$9.99
Read on any device
256 pages / May 2012 / 9781844679195
The metamorphosis of the spectator and the arts in the age of YouTube.
From plasma screens to smartphones, today moving images are everywhere. How have films adapted to this new environment? And how has the experience of the spectator changed because of this proliferation? In Broad Daylight investigates one of the decisive shifts in the history of Western aesthetics, exploring the metamorphosis of films in the age of individual media, when the public is increasingly free but also increasingly resistant to the emotive force of the pictures flashing around us. Moving deftly from philosophy of mind to film theory, from architectural practice to ethics, from Leon Battista Alberti to Orson Welles, Gabriele Pedullà examines the revolution that is reshaping the entire system of the arts and creativity in all its manifestations.

“Charming and highly readable…the book is well observed and gives a concise sense of what may be at stake in the current technological transformations of film viewing.”

“Insights abound, and the author’s facility with so many different disciplines—from ancient Greek philosophy to 20th century semiotics—will ensure that casual filmgoers and academics alike find something salient to ponder in Pedullà’s treatise.”

“Technical reproducibility of the work of art and anatomy of the society of the spectacle: Pedullà’s book is the first to take a real step forward from the analyses of Walter Benjamin and Guy Debord.”

– Paolo Virno, author of A Grammar of the Multitude

“A welcome shift in focus … A compelling archeology of the darkened spectatorial space, ranging back to Greek antiquity and the Renaissance.”

“A novel film theory … Thanks to the reasoned revelations of Pedullà we see just how challenged—if not endangered—audiovision has become in the century before us.”

“A surprising journey between present and past, theory and history, places and narratives, Pedullà’s book casts new light (daylight?) to show where post-cinema stands today.”

“Fascinating … A lucid analysis that considers everybody, from the pure cinephile to the household consumer, to understand who we were, who we are today, and above all where we are likely to end up.”

“An intelligent and penetrating book.”

“A courageous book, which through an exacting analysis demolishes the fetishism of the work of art.”

“A book both lovely and useful … an example of engaged criticism that aims to explode the inveterate stereotypes of cinephilia.”

“Going to the cinema used to be the only way you could watch a film. Now you can do it anywhere. Pedullà's interesting little book announces that the age of the cinema theatre as the form's primary "aesthetic device" is over.”

“[Pedulla's] concise, surprising essay… is worked up to via a careful engagement with Stanley Cavell on tragedy and Serge Daney on the question of the ethical position available to the post-cinematic viewer.”

Our art and aesthetics reading for the academic year ahead.

Subversive Pasolini: La Ricotta and The Gospel According to Matthew — a conversation between Nina Power and Geoffrey Nowell-Smith