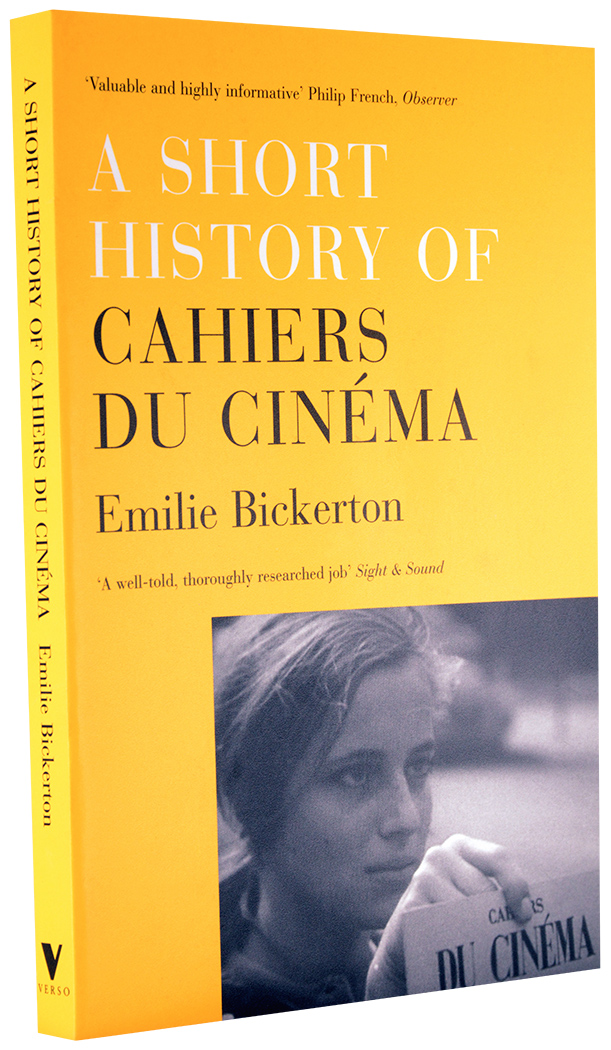 An unique account of cinema's most influential journal.
Cahiers du Cinéma was the single most influential project in the history of film. Founded in 1951, it was responsible for establishing film as the 'seventh art,' equal to literature, painting or music, and it revolutionized film-making and writing. Its contributors would put their words into action: the likes of Godard, Truffaut, Rivette, Rohmer were to become some of the greatest directors of the age, their films part of the internationally celebrated nouvelle vague.

In this authoritative new history, Emilie Bickerton explores the evolution and impact of Cahiers du Cinéma, from its early years, to its late-sixties radicalization, its internationalization, and its response to the television age of the seventies and eighties. Showing how the story of Cahiers continues to resonate with critics, practitioners and the film-going public, A Short History of Cahiers du Cinéma is a testimony to the extraordinary legacy and archive these 'collected pages of a notebook' have provided for the world of cinema.

“It was 'the last modernist project', Emilie Bickerton says in this deft account of the real life and virtual death of Cahiers du cinema. The cinema itself lived and died in its pages, and it would be hard to imagine a better brief guide to the magazine's positions and polemics than this intelligent and sharply focused book.”

“The French New Wave directors all came from Cahiers du Cinéma, a magazine that turned film criticism upside down in the 1950s. The salvos of its sagacity are finely charted by Bickerton, who also laments the recent slide into dumbed-down mediocrity.”

“What I love is Bickerton’s certainty and courage ... Bickerton does a well-told, thoroughly researched job.”

“Compelling ... a reminder that contemporary film criticism could do with being more unapologetically clever—more ingenious, more argumentative, more French.”

“Has many of the ingredients of a good thriller ... Emilie Bickerton’s alert prose manages to convey the drama and passionate confrontation of ideas, and she shows a keen eye for revealing detail.”

“Emilie Bickerton has done a valuable and highly informative job.”

“Tantalisingly concise ... A reminder that contemporary film criticism could do with being more unapologetically clever—more ingenious, more argumentative, more French.”

The End of Cinema

Jean-Luc Godard, the pioneering director who died on the 13th September at the age of 91, began his career with a pioneering series of films, a magnificent run that included the masterpieces À bout de souffle, Vivre sa Vie, Bande à part, Pierrot le Fou, Masculin Féminin and Week-end. Jared Marcel Pollen charts Godard's early career, and the intersection of literature and cinema in it.

An Alphabet of Cinema

Peter Wollen, the pioneering film theorist and film maker, died on Tuesday 17th December at the age of 81. His books and essays transformed the way that cinema is written about in the English speaking world, particularly his 1969 work Signs and Meaning in the Cinema, which is often regarded as one of the most influential books on cinema ever written.
In celebration of his work, we're republishing his 2001 essay "An Alphabet of Cinema", originally published in New Left Review and included in the essay collection Paris Hollywood.