Summer of Soul, Summer of Internationalism

1969 may be remembered as the year of Woodstock and the hippies, but as the documentary Summer of Soul shows, it was also the year of cultural and social tumult that surged up from the deepest currents of the black Atlantic.

1969 may be remembered as the year of the hippies, rock and roll and Woodstock, but this one-dimensional narrative hides a far more complex history. Currently showing in UK cinemas, the documentary film Summer of Soul features long-ignored footage of the Harlem Cultural festival of that same year cut with scenes of the era’s many social upheavals. What we see is a cultural revolution in motion. A full spectrum of performances play out what poet Amiri Baraka called the “changing same” of black music, stretching from the ecstatic gospel of Mahalia Jackson to the psychedelic soul of Sly & the Family Stone; from the incantatory poetry of Nina Simone to the proto free-funk of Sonny Sharrock. To borrow Baraka’s words, what we hear is “[t]he swell of a music, of action and reaction, a seeing, thrown in swift slick tone along the entire muscle of a people.” 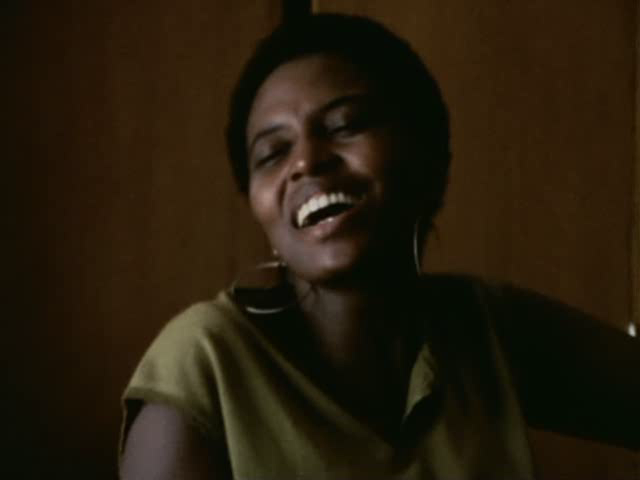 These festival performances—and the crowds there to witness them—show us another side to 1969. It was not only the high point of hippiedom, nor even the Black Power movement—then peaking—as a strictly or exclusively “political” phenomenon. It was also a cultural revolution, riding on a wave of black music that surged up from the deepest currents of the black Atlantic. Black music was not simply the “raw material” fed into the rock and roll soundtrack to the hippie counterculture; nor was it a mere pacifier offering good times as an alternative to struggle. It was also the backbeat to the urban revolts that erupted, summer after summer, in ghettos from Watts to Detroit to Hough to Harlem throughout the sixties. And perhaps more than that—as this documentary suggests—it was the ubiquitous hum of a revolution of everyday life, spreading through people, especially black people, and altering their sense of themselves and the way they moved through the world.

As the only featured performer to have grown up on the African continent, South African Hugh Masekela’s presence at the festival was an important one. Summer of Soul shows how the revolution going on in Harlem and across the United States was bound up with a new worldwide burst of internationalism ripping across borders. Indeed, that same summer, across the Atlantic and through the Strait of Gibraltar, Algiers hosted the first Pan-African Cultural Festival, dubbed an “opera of the Third World”. Like the Harlem Cultural festival, it too was filmed. Yet, rather than languishing in a basement for 50 years as the footage from Harlem was before being excavated by director Ahmir “Questlove” Thompson, the footage from Algiers was immediately crammed into a militantly anti-imperialist montage by director William Klein and released the very same year as Festival panafricain d’Alger 1969. 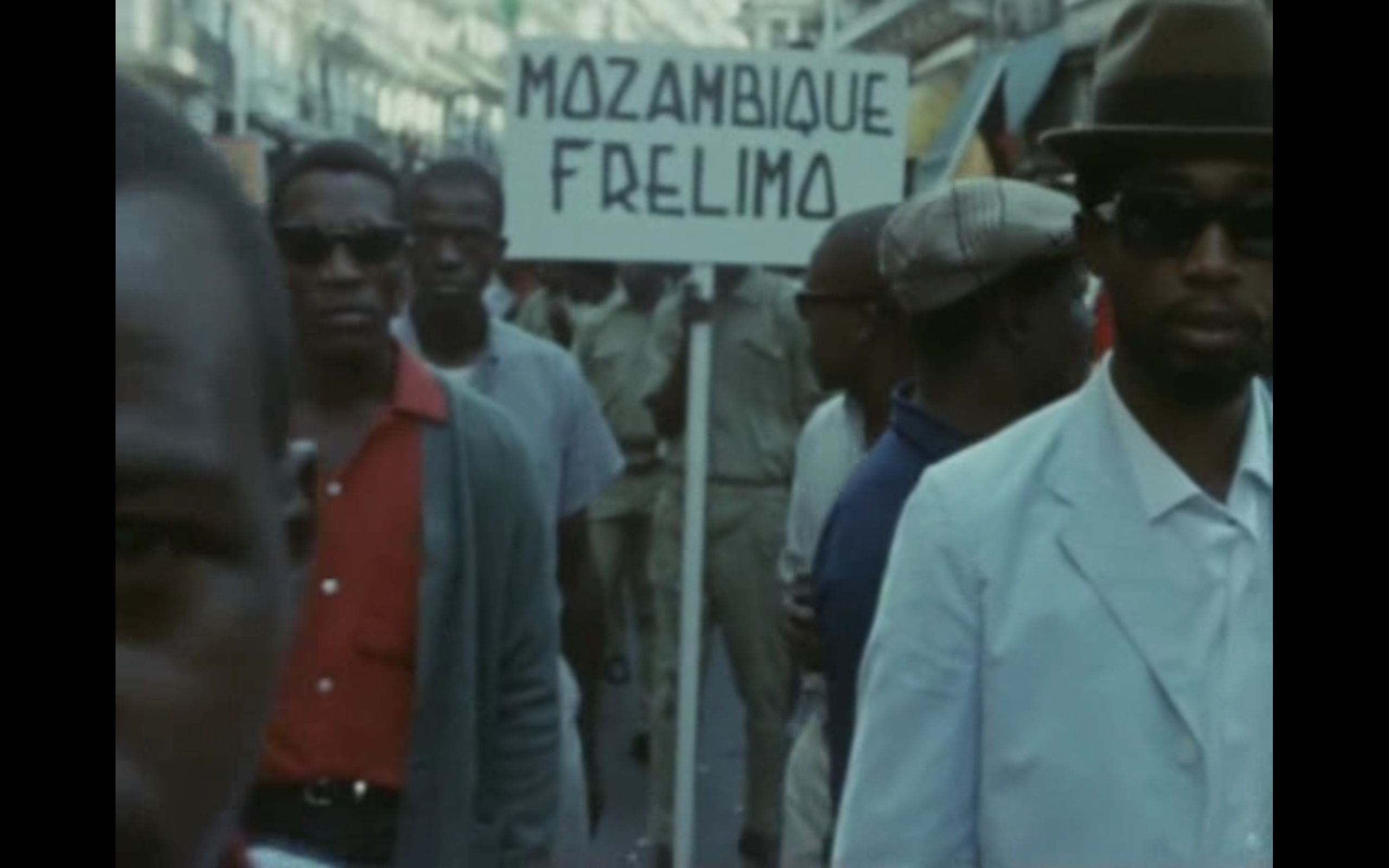 The latter can be viewed as a kind of sibling to Summer of Soul—an international extension revealing the interconnections of anti-colonialism, Black Power, and Pan-Africanism through the living detail of myriad face-to-face encounters. Algerians and Senegalese dance together in the streets. Singers Miriam Makeba and Dorothy Masuka, born in South Africa and Zimbabwe respectively, rehearse in a front room and discuss their shared condition as exiles from their colonised countries. African-American saxophonist Archie Shepp plays with (uncredited) Tuareg and Algerian musicians, with poet Ted Joans announcing that “jazz is a Black Power; jazz is an African Power”. Music and dance troupes from across the continent parade through the capital forming a Pan-African procession as moving as it is literal (each troupe carries a hand-painted placard displaying the name of their country).

Then there’s the encounters and connections that remained un-filmed, consigned to the cutting room floor, or got used for William Klein’s other film shot simultaneously, Eldridge Cleaver, Black Panther. Cleaver, the Black Panther Party’s Minister of Information, was then in exile in Algeria with his wife, the key party activist Kathleen Cleaver. During the festival the Panthers set up an ‘Afro-American Center’—opposite an equivalent space dedicated to the Palestinian struggle—where they hosted daily political discussions. This was a coming together of cultural and political currents that, in both form and content, could still provide a sense of orientation for movements today. 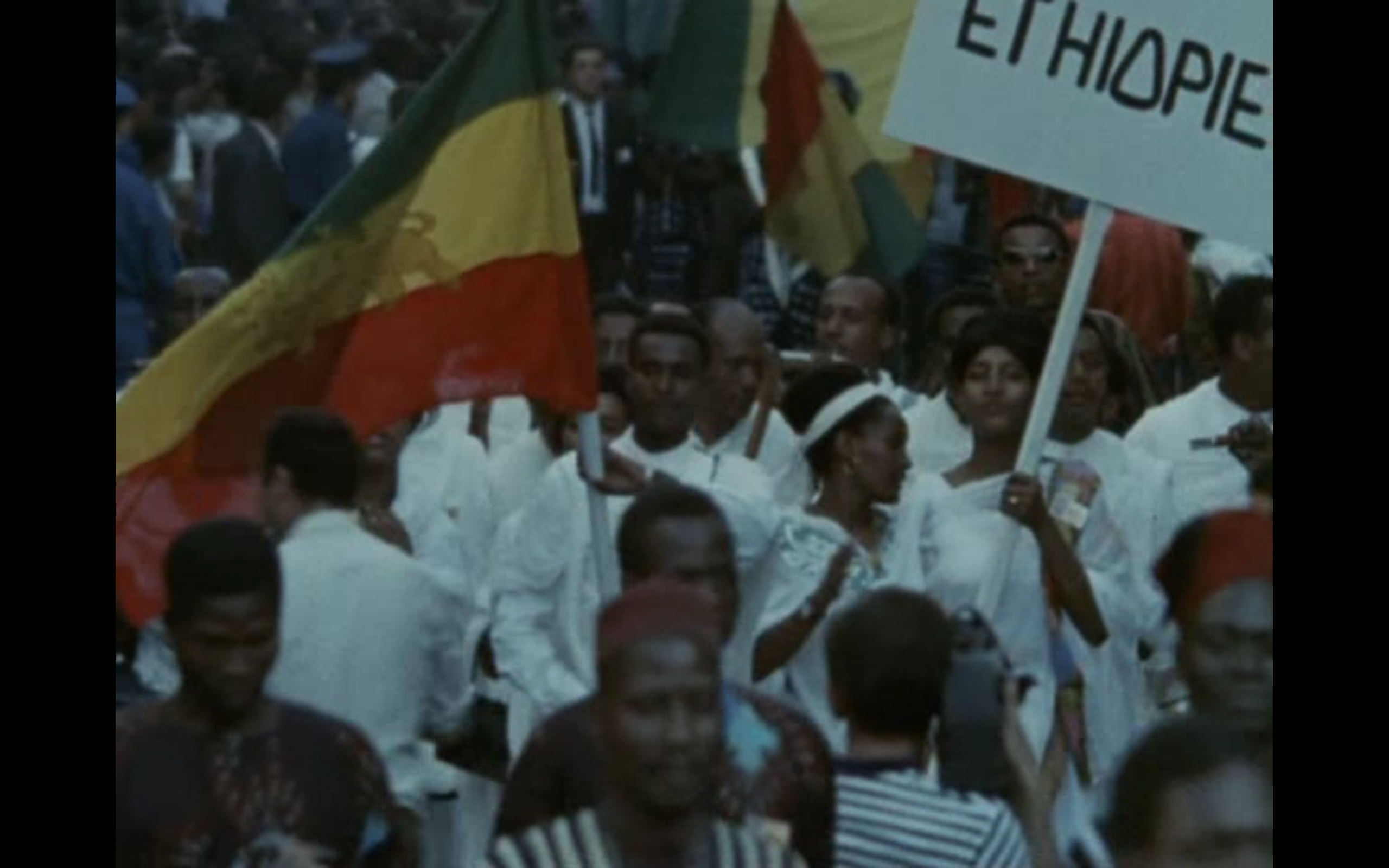 Towards the beginning of the Festival panafricain d’Alger 1969, Houari Boumédiène, then president and leader of Algeria’s ruling Revolutionary Council, gives a speech that measures something of the mass of these meetings:

“The first Pan-African Festival is no mere entertainment to distract us from the daily struggle. It is part of an immense effort for our emancipation. It is part of the battle that we are all continuing to wage in Africa, whether it’s the battle of development or that of national liberation.”

In other words, just as black music was an accomplice to Black Power in the United States, culture was a key component of anti-colonialism across the Third World. Amílcar Cabral— a prominent revolutionary leader in the struggle against Portuguese colonialism in Africa who also features in the film—puts it most clearly: “if imperialist domination has the vital need to practice cultural oppression, national liberation is necessarily an act of culture”. The festival, and perhaps even more so the film, was in this sense a deliberate manifestation of Frantz Fanon’s ideas on culture and national liberation. Intertitles cite Fanon directly, and Beninese philosopher Stanislas Adotevi makes his influence felt in a speech: “The enforced search for traditions, we repeat Fanon’s view, is a banal search for exoticism. Negritude—hollow, vague, ineffectual—is an ideology. In Africa, there is no longer room for literature that is outside the revolutionary struggle.” Liberation was about more than caricaturing tradition or seizing the state—it needed to draw from a people in motion and affect the way they sung, danced, walked, and talked. The images from the festival show this taking place frame by frame: people moving in new ways together, doing it themselves.

The summer of soul was also a summer of Pan-Africanism, a summer of Third World internationalism, a summer of solidarity that spread worldwide through the music and dance and speech of the people. Festival panafricain d’Alger 1969 is the proof, and everyone who’s seen Summer of Soul should search it out and see it. 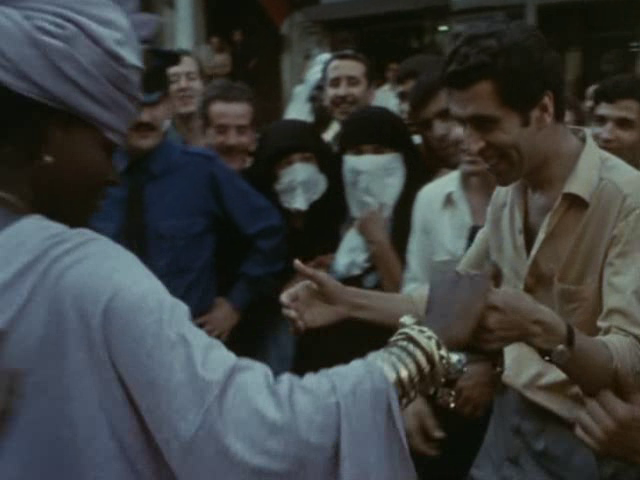 Gabriel Bristow is writing a PhD thesis about the life and music of Don Cherry.