Not Murdered, Not Missing: Rebelling against Colonial Gender Violence

Leanne Betasamosake Simpson's sharp critique of the loss of indigenous people to the forces of whiteness and colonization.

If there exists a poetics of oppression, a language that holds the heavy emotional weight of inequality, the manifestos in this section embody it. Here we see the possibilities of resistance and revolt woven across and through multiple generations, tying together black and brown histories, indigenous struggles, and the hard-earned spirit of feminist revolution. This section portrays new possibilities for solidarities between women of color, working together in the project of opposing the violence of whiteness. Seen together, we can imagine women of color embodying a feminism of againstness that merges together critiques of patriarchy and racism.

– Breanne Fahs, Burn it Down: Feminist Manifestos for the Revolution
Part IV: Indigenous/Women of Color

In this blog post, we bring you an excerpt from Burn It Down! Feminist Manifestos for the Revolution (out today!) edited by Breanne Fahs, from the INDIGENOUS/WOMEN OF COLOR section of the book. See more here. 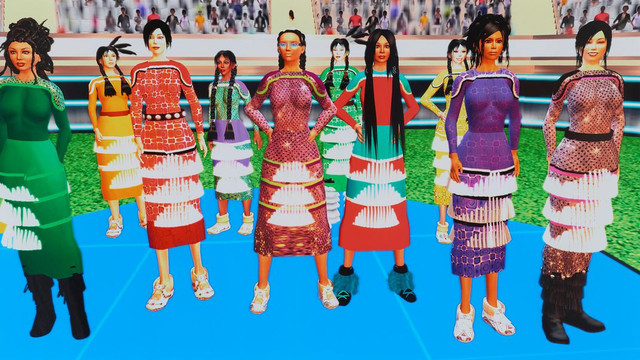 I’ve learned a tremendous amount over the past months from Loretta Saunders, Bella Laboucan-McLean & all the other Indigenous people that we’ve had violently ripped away from us in this last little while. Part of me feels shaky to admit this, because intellectually, and even personally I know or I am supposed to know a lot about gender violence. But there are things I don’t say in public. There are things I think that I am not brave enough to say because the pain of not being heard, of being betrayed or by appearing weak to my Indigenous friends or colleagues is too much to bear. There are places I only go with other Indigenous comrades who I trust intimately.

It ends here for Loretta, Bella and all of the other brilliant minds and fierce hearts we’ve lost. It ends here.

This is my rebellion. This is my outrage. This is the beginning of our radical thinking and action.

“The system and most Canadians don’t give a shit about you, how strong and talented you are, how hard you’ve worked, or where you live. If you are an Indigenous woman, you are a prime target for colonial violence.” – Tara Williamson “Don’t Be Tricked.”

This is something I’ve felt my whole life and never articulated. I’ve never articulated it because I don’t want young Indigenous women and queer youth to know that, I want them to feel hopeful and empowered.

I’ve never articulated this because I don’t want white Canadians to automatically blame Indigenous men for gender violence. I know they will because they’ve invested a lot of energy into the stereotype of “Indian men” as unfeeling, uncaring, violent savages. They’ve invested even more energy into pretending that they don’t benefit from colonial gender violence perpetuated by the state, in fact they’ve invested a lot into energy into pretended colonial gender violence perpetuated by the state isn’t even a thing. I also don’t want Indigenous men to tell me I’m wrong or that this issue doesn’t matter, because as much as this is a political issue, this is an intensely painful and personal issue for anyone that has survived gender violence, which if we are honest, is most of us, including Indigenous men. I don’t want to have to seek out allies in white feminists, who don’t really get it. I want Indigenous men to have my back, even when they feel uncomfortable about what I am saying. And you know what, a few of them did, and that was one of the most amazing feelings I have ever had. They emailed support. They checked in. They listened and encouraged. They re-tweeted, posted, wrote and expressed their outrage.

White supremacy, rape culture, and the real and symbolic attack on gender, sexual identity and agency are very powerful tools of colonialism, settler colonialism and capitalism, primarily because they work very efficiently to remove Indigenous peoples from our territories and to prevent reclamation of those territories through mobilization. These forces have the intergenerational staying power to destroy generations of families, as they work to prevent us from intimately connecting to each other. They work to prevent mobilization because communities coping with epidemics of gender violence don’t have the physical or emotional capital to organize. They destroy the base of our nations and our political systems because they destroy our relationships to the land and to each other by fostering epidemic levels of anxiety, hopelessness, apathy, distrust and suicide. They work to destroy the fabric of Indigenous nationhoods by attempting to destroy our relationality by making it difficult to from sustainable, strong relationships with each other.

This begins for me by looking at how gender is conceptualized and actualized within Indigenous thought because it is colonialism that has imposed an artificial gender binary in my nation. This imposed colonial gender binary sets out two very clear genders: male and female and it lays out two very clear sets of rigidly defined roles based on colonial conceptions of femininity and masculinity.

This makes no sense from within Anishinaabeg thought, because first off, we’ve always had more than two genders in our nation and we’ve also always practiced a fluidity around gender in general. The rigidity seen in colonial society doesn’t make much sense within an Anishinaabeg reality or the reality of any so called “hunting and gathering society.”

Strong communities are born out of individuals being their best selves.

Colonialism recognized this and quickly co-opted Indigenous individuals into colonial gender roles in order to replicate the heteropatriarchy of colonial society. This causes the power and agency of all of genders to shrink, and those that are farthest away from colonial ideals suffered and continue to be targets of harsh colonial violence.

People also had agency over their sexual and relationship orientations in Anishinaabeg society and this created diversity outside the heteronormative nuclear family. Anytime you hear or read an anthropologist talk about “polygamy” in Indigenous cultures read this as a red flag, because you need a severe form of patriarchy for that to play out the way the anthropologists imagined and in the absence of that, plural marriage or non-monogamy in Indigenous cultures is something far more complex.

There wasn’t just agency for adults. Children had a lot of agency. When Chaplain came through my territory he was appalled because the women and children were so far outside of the control of the men that he interpreted this as a bewildered, chaotic, societal disaster, he interpreted us as “savage.” I imagine him observing our society and asking from a white European male perspective, how do you exploit women as a commodity in this situation, when they have such agency?

Then I imagine the colonizers asking the next logical question: How do you infuse a society with the heteropatriarchy necessary in order to carry out your capitalist dreams when Indigenous men aren’t actively engaged in upholding a system designed to exploit women? Well, the introduction of gender violence is one answer. Destroying and then reconstructing sexuality and gender identity is another. Residential schools did an excellent job on both accounts.

Because really what the colonizers have always been trying to figure out is “How do you extract natural resources from the land when the people’s whose territory you’re on believe that those plant, animal and minerals have both spirit and therefore agency?”

It’s a similar answer: You use gender violence to remove Indigenous peoples and their descendants from the land, you remove agency from the plant and animal worlds and you reposition aki (the land) as “natural resources” for the use and betterment of white people. This colonial strategy is clearly working. We also have more than 800 missing and murdered Indigenous women in Canada, a mass incarceration of Indigenous men, and we do not even have statistics about violence against Indigenous Two Spirit, LGBTTQQIA and gender non-conforming people. I think it’s not enough to just recognize that violence against women occurs but that it is intrinsically tied to the creation and settlement of Canada. Gender violence is central to our on-going dispossession, occupation and erasure and Indigenous families and communities have always resisted this. We’ve always fought back and organized against this—our grandparents resisted gender violence, our youth are organizing and resisting gender violence because we have no other option.

This is why youth are so critical to resurgence, because they are teachers and leaders in their own right and because if we are carrying out resurgence properly, each generation should be getting stronger, more grounded and less influenced by colonialism, and this means people like me can learn from them.

This is why resurgence is about bodies and land.

We must build criticality around gender violence in the architecture of our movements. We need to build communities that are committed to ending gender violence and we need real world skills, strategies and plans in place, right now, to deal with the inevitable increase in gender violence that is going to be the colonial response to direct action and ongoing activism. We need trained people on the ground at our protests and our on the land reclamation camps. We need our own alternative systems in place to deal with sexual assault at the community level, systems that are based on our traditions and do not involve state police and the state legal system.

Loretta Saunders wanted an end to gender violence and missing and murdered Indigenous women. I am not murdered. I am not missing. And so I am going to honour her, by continuing her work, and fighting for Indigenous nations and a relationship with Canada that is no longer based on violence, heteropatriarchy and silence. I want to help build Indigenous communities where all genders stand up, speaks out and are committed to both believing and supporting survivors of violence and building our own Indigenous transformative systems of accountability. We simply can no longer rely on or expect the state, the largest perpetrator of gender violence to do this for us. Loretta Saunders is our tipping point.

- this manifesto is excerpted from Burn It Down! Feminist Manifestos for the Revolution edited by Breanne Fahs, currently 40% off (prin book) and 80% off (ebook) as part of our Reading in a time of self-isolation.

Collecting over seventy-five manifestos from around the world, Burn It Down! is a rallying cry and a call to action. Among this confrontational sisterhood, you’ll find:

• “Dyke Manifesto” by the Lesbian Avengers
• “The Ax Tampax Poem Feministo” by the Bloodsisters Project
• “The Manifesto of Apocalyptic Witchcraft” by Peter Grey
• “Simone de Beauvoir’s pro-abortion Manifesto of the 343
• “Double Jeopardy: To Be Black and Female” by Frances M. Beal
• “The Futurist Manifesto of Lust” by Valentine de Saint-Point
• “Zapatista Women’s Revolutionary Laws”
• “Riot Grrrl Manifesto” by Bikini Kill
• “Anarchy and the Sex Question” by Emma Goldman

Breanne Fahs argues that we need manifestos in all their urgent rawness—their insistence that we have to act now, that we must face this, that the bleeding edge of rage and defiance ignites new and revolutionary possibilities is where new ideas are born.

Tagged
Burn it Down!