Libertarian Kurdistan: it matters for us, too!

This essay by Michael Löwy was written as a preface for the multiauthor collection La Commune du Rojava, and published online at Entre les lignes entre les mots. Thanks to Éditions Syllepse for their permission to republish. Translated by David Broder. 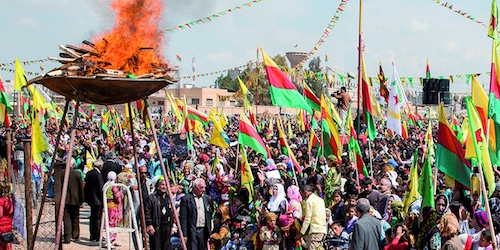 Detail from the cover of La Commune du Rojava.

Western public opinion became aware of Rojava’s existence in 2014 with the battle of Kobane, when the combatants of the YPG-YPJ succeeded in doing what the armies of Assad’s dictatorial regime or the Iraqi government could not do, even with Russian and American backing: namely, they inflicted a military and political defeat on Da’esh. The photos of Kurdish militiawomen, arms in hand, in the front rank of the fight against "Islamist" fascism, circulated around the world. They revealed to surprised, astonished readers a singular experience: libertarian Rojava.

What these revolutionaries in the northern provinces of Syria are trying to do is without precedent. By way of community self-organisation from below, they are trying to rally the Kurdish, Arab, Assyrian, and Yezidi populations in a secular confederation that breaks out of religious sectarianism and nationalist hatred. To put ecology and feminism at the heart of an anti-capitalist, anti-patriarchal, and anti-statist project. To drive forward equality between men and women through the co-president of all decision-making bodies, and the creation of an armed force composed of women. To invent a form of decentralised, democratic political power, based on communal assemblies and going beyond the state: democratic confederalism. This unprecedented experience is being built amidst dramatic circumstances, in a constant confrontation with powerful and implacable regressive forces. In a region of the world torn apart by religious intolerance, the exterminatory struggles among nationalisms, blind violence, wars between clans each one more reactionary than the last, the interventions by imperialist powers, and the hegemony of capitalism in its most brutal form, libertarian Kurdistan appears as a little flame of utopia, a light of hope, a haven of democracy.

Libertarian Kurdistan has no equivalent anywhere else in the world. The only comparable initiative is that of the Zapatista communities of Chiapas — they, too, founded on direct democracy, grassroots self-organisation, the rejection of state and capitalist logics, and the fight for equality between men and women. An alliance between these two experiences, each of them bearers of the future, is now being constructed, all the while respecting their differences. The most obvious of these differences is the Zapatistas’ choice, for the moment, not to use weapons. Such a choice is not possible for the Kurdish revolutionaries, condemned to take their own armed self-defence in hand if they want to survive.

The Rojava struggle matters for us, too. It matters for ecologists, feminists, Marxists, libertarians, the anti-systemic and anti-fascists the world over. It needs our solidarity, our support, our sympathy, in order to survive. This is not a humanitarian affair, but a political question of the utmost importance, and not only for the future of Syria or the Middle East.

Without doubt, just like any real — and not purely literary — experience, this one is also traversed by problems and contradictions. How can anti-authoritarianism be reconciled with the cult of personality around Öcalan? This question is a real one, even if we should recognise that the authority exercised by the PKK founder, who has been locked up [embastillé] for almost twenty years, is an only moral and intellectual one, given that decisions are taken by the movement’s own democratic structures. How is it possible to wage war against merciless adversaries while also respecting human rights and civilian populations? Amnesty International accuses the YPG-YPJ of having practised forms of ethnic cleansing in certain Arab villages; in an interview published in this collection, the co-president of Syria’s Democratic Union Party (PYD) Salih Muslim denies this, and invites foreign journalists to come and verify these allegations on the ground. All of which to say, our support must be based on solidarity, but not uncritical.

Libertarian Kurdistan is a fragile experience, and one in great danger. Rojava is surrounded by powerful enemies who dream of crushing this hotbed of subversion: the fascists of its most immediate, violent and inhuman adversary, Da’esh; Erdogan’s increasingly fascistic authoritarian régime in Turkey, which has made the Kurds its main enemy; and Assad’s authoritarian régime, which respects a temporary truce, but has no intention of tolerating an autonomous and democratic Rojava. The opposition to the Assad regime could be an ally, but for the moment it refuses to recognise the rights of the Kurdish minority in Syria.

The revolutionary culture of the Kurdish movement since the PKK’s "paradigm shift" is astonishing. Feminism occupies a central and decisively important place, indeed more than in any past liberation movement. As Dilar Dirik notes in one of this collection’s most moving texts, for the PKK feminism is not only an objective but a method in the liberation process. This political choice is founded on an anthropological thinking that identifies the egalitarian forms of life of the distant past, before there was patriarchy (Friedrich Engels formulated the same hypothesis in his The Origin of the Family, Private Property and the State). Fadile Yildirim’s contribution to this volume documents this feminist vision of history. This is not a matter of returning to this primitive past, to the epoch of the mother-goddess, but of drawing inspiration from it in order to criticise the patriarchal and capitalist present and aim towards an emancipated future. As in William Morris or Ernst Bloch, here we are dealing with a romantic revolutionary culture in the highest sense of that term. Öcalan’s discovery of the writings of the US libertarian Murray Bookchin, himself the partisan of an ecological and municipalist socialism, was an essential moment in the PKK’s turn. The account by Janet Biehl, Bookchin’s partner in the last twenty years of his life, report the dialogue between the two revolutionaries. Of course, not everything about this approach, founded on local communities, is self-evident either in Bookchin or in the PKK’s democratic confederalism. How can we pass from this local scale to running a region or a country democratically (and this cannot be a simple "co-ordination" between localities). Doubtless, these problems will find their solution by way of practice itself, on the ground. In any case, this is the opposite of the cult of the all-powerful state, promoted by Stalinism across the twentieth century, with the catastrophic consequences we already know.

This book brings together accounts and analyses by Kurdish militants linked to the PKK, the HDP and the PYD, commentaries by sympathetic journalists, as well as analyses and commentaries by thinkers close to the libertarian current, such as the anthropologist David Graeber or John Holloway. The quite respectable choice was to give the protagonists of this experience a chance to speak, and to demonstrate the positive contribution of the Kurdish liberation movement to renewing emancipatory thought and action, without dwelling too long on its problems or limits. We would like to know more about ecology’s place in the Rojava project, or the role of political pluralism in democratic confederalism. While having no pretension of being exhaustive, this book is nonetheless a precious introduction to an understanding of libertarian Kurdistan. 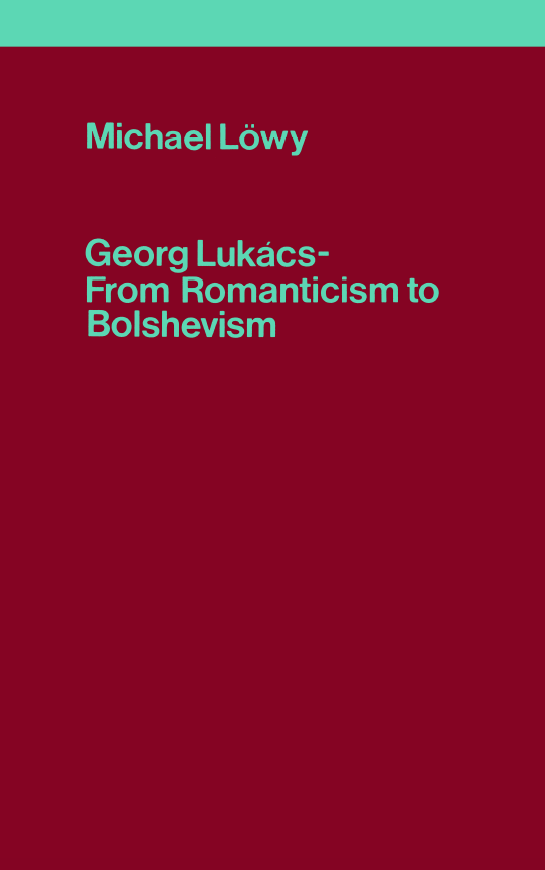 The Next Revolution
by Murray Bookchin 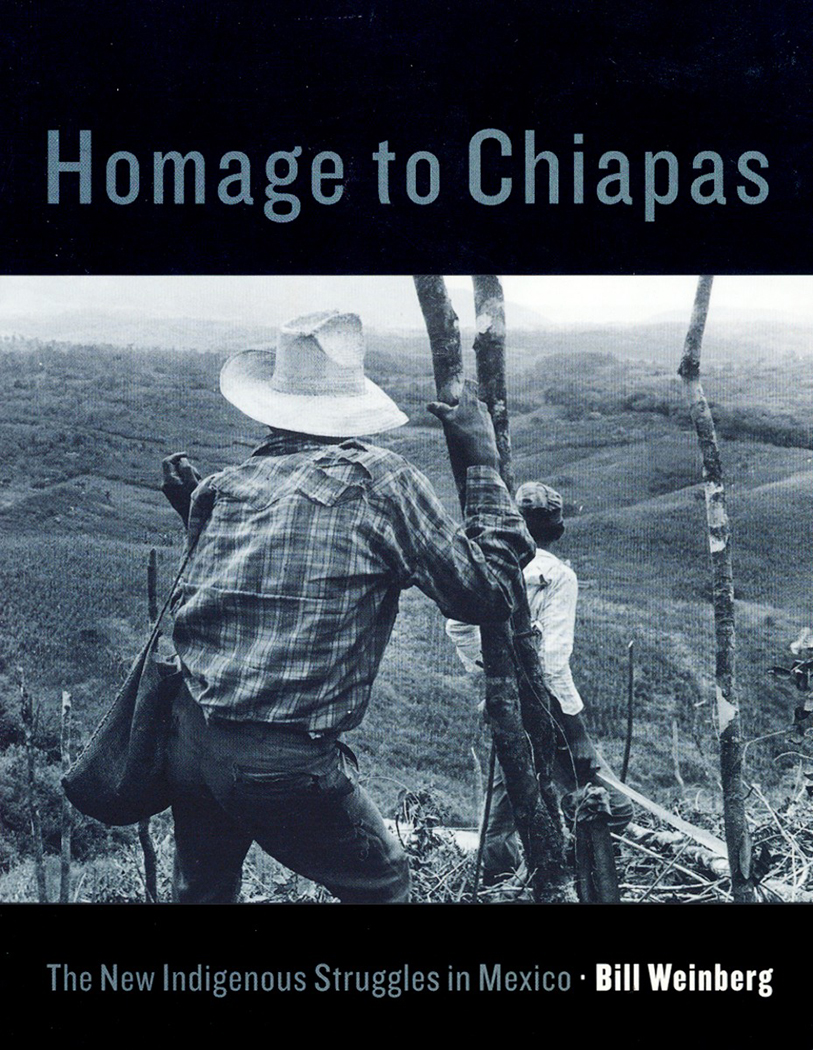 Homage to Chiapas
by Bill Weinberg 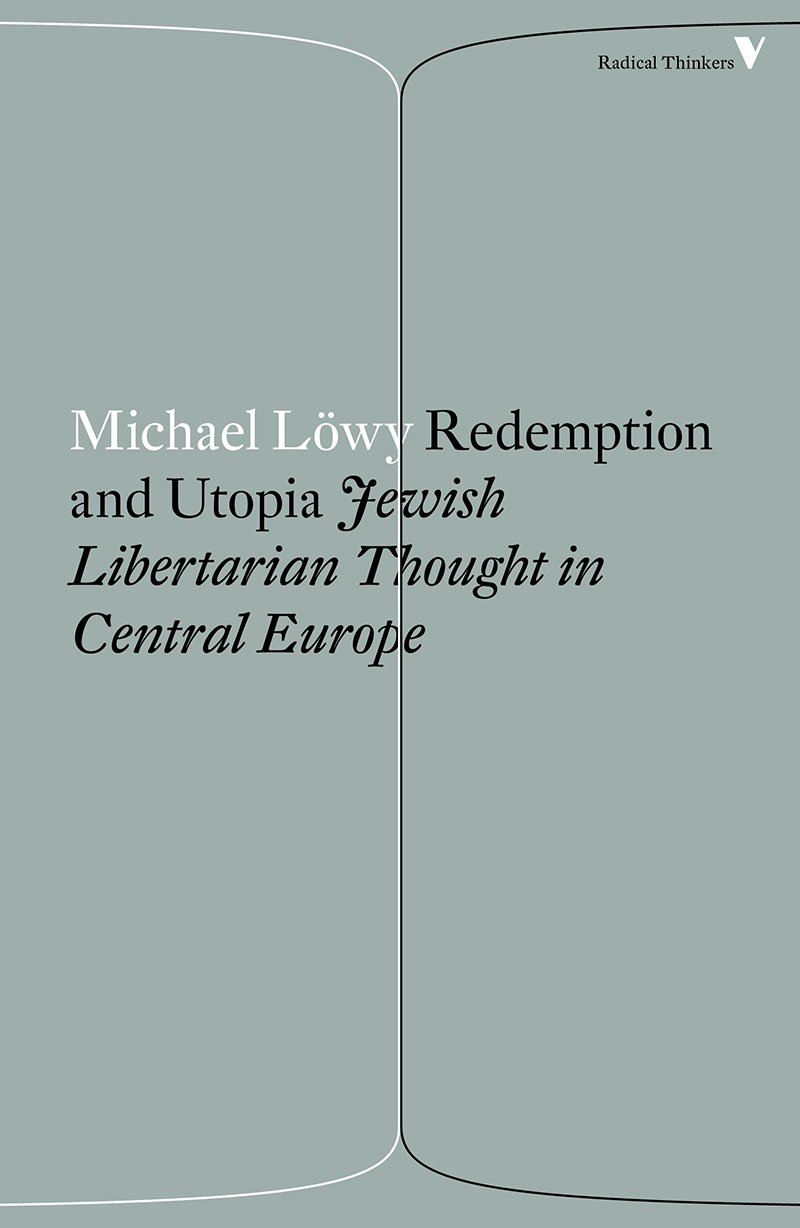 Redemption and Utopia
by Michael Löwy