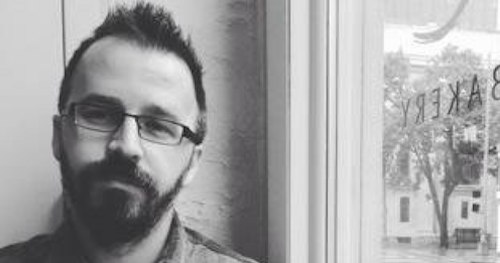 Over the weekend, George Ciccariello-Maher — author of Building the Commune, We Created Chávez, and the forthcoming Decolonizing Dialectics — became the target of a harassment campaign by white supremacists and their fellow travelers in the conservative media after mocking the patently racist concept of "white genocide" on Twitter.

Responding to bad faith complaints — many from apparent fascists — motored by Breitbart, administrators at Drexel University, where Ciccariello-Maher teaches Politics and Global Studies, issued a statement on Christmas Day describing his comments as "utterly reprehensible," and vaguely intimating the professor would be disciplined.

Ciccariello-Maher responded with a statement of his own:

On Christmas Eve, I sent a satirical tweet about an imaginary concept, “white genocide.” For those who haven’t bothered to do their research, “white genocide” is an idea invented by white supremacists and used to denounce everything from interracial relationships to multicultural policies (and most recently, against a tweet by State Farm Insurance). It is a figment of the racist imagination, it should be mocked, and I’m glad to have mocked it.

What I am not glad about is that this satirical tweet became fodder for online white supremacists to systematically harass me and my employer, Drexel University. Beginning with Breitbart.com—formerly the domain of Special Counselor to the President-Elect, Steve Bannon—and running through the depths of Reddit discussion boards, a coordinated smear campaign was orchestrated to send mass tweets and emails to myself, my employer, and my colleagues. I have received hundreds of death threats.

Drexel University issued a statement on the matter, apparently without understanding either the content or the context of the tweets. While Drexel has been nothing but supportive in the past, this statement is worrying. While upholding my right to free expression, the statement refers to my (satirical) tweets as “utterly reprehensible.” What is most unfortunate is that this statement amounts to caving to the truly reprehensible movements and organizations that I was critiquing.

On the university level, moreover, this statement—despite a tepid defense of free speech—sends a chilling message and sets a frightening precedent. It exposes untenured and temporary faculty not only to internal disciplinary scrutiny, but equally importantly, it encourages harassment as an effective means to impact university policies.

As my students will attest, my classroom is a free-for-all of ideas, in which anyone is welcome to their opinions, but expected to defend those opinions with argument. I teach regularly on the history of genocidal practices like colonialism and slavery—genocides carried out by the very same kind of violent racists who are smearing me today. That violent racism will now have a voice in the White House is truly frightening—I am not the first and I won’t be the last to be harassed and threatened by Bannon, Trump, and co.

White supremacy is on the rise, and we must fight it by any means. In that fight, universities will need to choose whether they are on the side of free expression and academic debate, or on the side of the racist mob.

In the days since, statements of solidarity, op-eds, and sympathetic coverage have poured in, and a change.org petition voicing support for Ciccariello-Maher has gathered more than 7500 signatures. In an interview with Reuters published this morning, Ciccariello-Maher confirmed that his job at Drexel remains secure.

While the immediate threat to Ciccariello-Maher appears to have been averted, it is clear that these sorts of attacks on the livelihood of vocal leftists and anti-racists will only proliferate after Donald Trump takes office in January. On Twitter, professors from a variety of disciplines have shared screenshots of similarly worded emails requesting syllabi and other information on courses with titles objectionable to the right. As Drexel's initial response to complaints about Ciccariello-Maher illustrates, unprincipled and PR-conscious administrators are easily manipulated by the slightest hint of controversy. We must remain vigilant and make it more difficult for universities and other employers to cater to right-wing outrage, real or fake, than to police the speech of workers.