"To Live Free or Die": On the Anniversary of the Haitian Revolution

On this day in 1791, The Haitian Revolution began with a religious ceremony at Bois Caïman. The revolution against against French colonial rule radicalised the spirit of the French Revolution by expanding its aims to cover the universal human emancipation, and lead to the first free black republic.

This extraordinary document, signed by Toussaint Louverture in the name of his fourteen-year-old nephew Belair, was written by the leaders of the slave revolt to the colonial assembly in St-Domingue and the national commissioner Roume. After failed negotiations six months before, the letter testifies to an early and rapid radicalization of the revolution to encompass the call for general liberty based on the logic of indivisible, universal human rights.

Those who have the honour to present you with these memoirs are a class of men whom up to the present you have failed to recognize as like yourselves, and whom you have covered in opprobrium by heaping upon them the ignominy attached to their unfortunate lot. These are men who don't know how to choose big words, but who are going to show you and all the world the justice of their cause; finally, they are those whom you call your slaves and who claim the rights to which all men may aspire.

For too long, gentlemen, by way of abuses that one can never too strongly accuse of having taken place because of our lack of understanding and our ignorance for a very long time, I say we have been victims of your greed and your avarice. Under the blows of your barbarous whip we have accumulated for you the treasures you enjoy in this colony; the human race has suffered to see with what barbarity you have treated men like yourself yes, men over whom you have no other right except that you are stronger and more barbaric than we; you have engaged in [slave] traffic, you have sold men for horses, and even that is the least of your shortcomings in the eyes of humanity; our lives depend on your caprice, and when it's a question of amusing yourselves, the burden falls on men like us, who most often are guilty of no other crime than to be under your orders.

We are black, it is true, but tell us, gentlemen, you who are so judicious, what is the law that says that the black man must belong to and be the property of the white man? Certainly you will not be able to make us see where that exists, if it is not in your imaginations always ready to form new [phantasms] so long as they are to your advantage. Yes, gentlemen, we are free like you, and it is only by your avarice and our ignorance that anyone is still held in slavery up to this day, and we can neither see nor find the right that you pretend to have over us, nor anything that could prove it to us, set down on the earth like you, all being children of the same father created in the same image. We are your equals then, by natural right, and if nature pleases itself to diversify colours within the human race, it is not a crime to be born black nor an advantage to be white. If the abuses in the Colony have gone on for several years, that was before the fortunate revolution that has taken place in the motherland, which has opened for us the road which our courage and labour will enable us to ascend, to arrive at the temple of liberty, like those brave Frenchmen who are our models and whom all the universe is contemplating.

For too long we have borne your chains without thinking of shaking them off, but any authority which is not founded on virtue and humanity, and which only tends to subject one's fellow man to slavery, must come to an end, and that end is yours. You, gentlemen, who pretend to subject us to slavery have you not sworn to uphold the French Constitution? What does it say, this respectable constitution? What is the fundamental law? Have you forgotten that you have formally vowed the Declaration of the Rights of Man, which says that men are born free, equal in their rights; that their natural rights include liberty, property, security and resistance to oppression? So then, as you cannot deny what you have sworn, we are within our rights, and you ought to recognize yourselves as perjurers; by your decrees you recognize that all men are free, but you want to maintain servitude for 480,000 individuals who allow you to enjoy all that you possess. Through your envoys you offer liberty only to our chiefs; it is still one of your maxims of politics to say that those who have played an equal part in our work should be delivered by us to be your victims. No, we prefer a thousand deaths to acting that way towards our own kind. If you want to accord us the benefits that are due to us, they must also shower onto all of our brothers . . .

Gentlemen, in very few words you have seen our way of thinking it is unanimous and it is after consulting everyone to whom we are connected in the same cause that we present to you our demands, as follows.

First: general liberty for all men detained in slavery. Second: general amnesty for the past. Third: the guarantee of these articles by the Spanish government.

Fourth: the three articles above are the basis and the sole means to achieve a peace that would be respected by the two parties, and only after they are approved in the name of the Colony and M. the Lieutenant General, and when the National Civil Commissioners have agreed to present this approval to the king, and to the National Assembly.

If, like us, you desire that the articles above be accepted, we will commit ourselves to the following: first, to lay down our arms; second, that each of us will return to the plantation to which he belongs and resume his work on condition of a wage which will be set by the year for each cultivator who starts work for a fixed term.

Here, gentlemen, is the request of men who are like you, and here is their final resolution: they are resolved to live free or die. We have the honour to be, gentlemen, your very humble and obedient servants.

Extract taken from the collections of the writings of Toussaint L'Ouverture, The Haitian Revolution.

Virtue and Terror
by Maximilien Robespierre 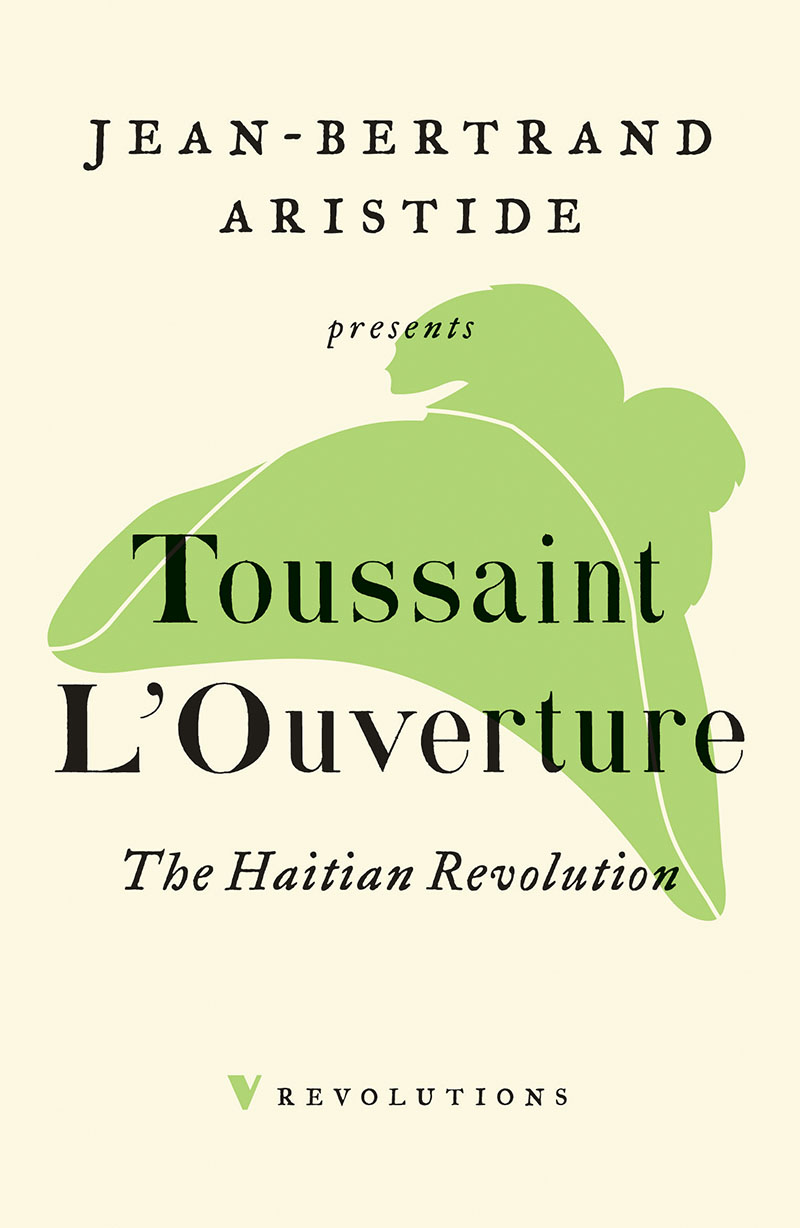 The Haitian Revolution
by Toussaint L'Ouverture

The Bolivarian Revolution
by Simon Bolivar

Damming the Flood
by Peter Hallward

A People’s History of the French Revolution
by Eric Hazan