Our London podcast: Take Back the City!

Dan Hancox hosts the Verso podcast in collaboration with Compass for the latest conversation in Our London, a series of discussions looking ahead to the 2016 London Mayoral and Assembly elections. Amina Gichinga and Linda Bellos join him to discuss London and its tensions—and how the capital could be changed for the better. They look at Take Back the City, a grassroots campaign to address inequality and the imbalance of power in the capital, and explore what we can learn from the Greater London Council's work in the 1980s before its dissolution by the Thatcher government in 1986. 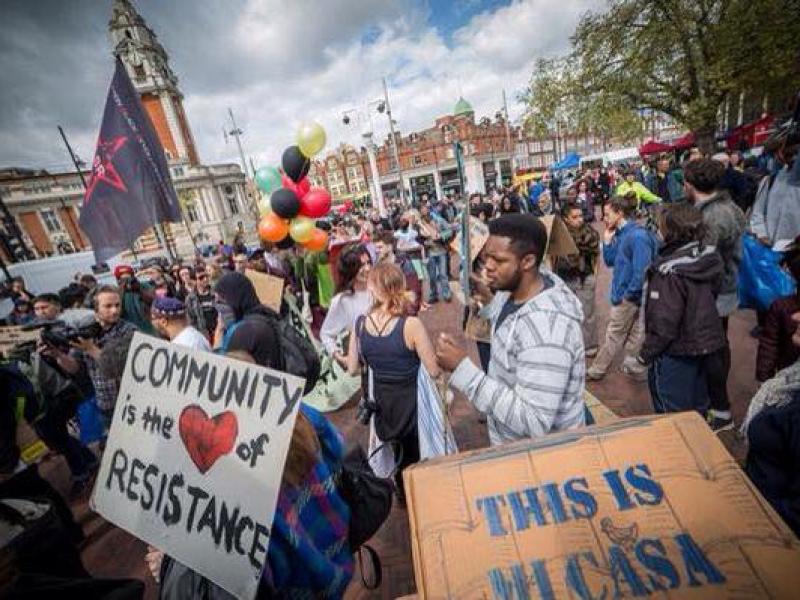 Linda Bellos is a former Labour councillor of Lambeth Council and leader of the council between 1986 and 1988. A human rights activist working with Black and LGBT communities, she was chair of the Greater London Council's Women's Committee and counts launching Black History Month as part of her achievements.

Amina Gichinga is a member of Take Back the City, a grassroots political organisation of Londoners. Their People’s Manifesto consists of policies built from the needs and wants of everyday Londoners who live through the effects of our government’s decisions. Amina, a singer, teacher and Stratford native, is running in the area of City and East to win a seat in the Greater London Assembly campaigning for these demands from the People's Manifesto:

1) People Power: we need local assemblies where people can come together to discuss the issues that affect them, to make real change
2) Rent control: people are being priced out of our city
3) We need to replace the Met: it's time for a new, transparent, accountable system of community-based policing
4) We need a compulsary minimum wage of £11/hr
5) We need to restore the Education Maintenance Allowance

"We don't want a career politician in London Assembly for City and East anymore, we want someone who understands communities, comes from a community that is battling and resisting the issues that London is facing at the moment ... and can take a stand for that community."—Amina Gichinga, Take Back the City
Tagged
cities
VersoPodcast

The City
by Tony Norfield