We're excited to launch Verso Voices, an occasional series of video Q&As, with Owen Jones, the author of Chavs: The Demonization of the Working Class. Watch and share the video for your chance to win a book bundle!

Thanks to everyone who sent us brilliant questions for Owen! We’ve selected some of the best ones, covering the future of work and technology, the prison system, how the nation’s conversation about class has changed, Spanish politics, Jeremy Corbyn and the next election—and what it would take for him to go on a date with you!

We’re giving away prize bundles of the books you can see behind Owen’s shoulder in the video to celebrate the launch of Verso Voices: the new and updated edition of Chavs, How Did We Get Into This Mess? by George Monbiot, Outsider in the White House by Bernie Sanders, The Ministry of Nostalgia by Owen Hatherley, Inventing the Future by by Nick Srnicek and Alex Williams, Out of Time by Lynne Segal, Captain Swing by Eric Hobsbawm and The Boy Who Could Save the World by Aaron Swartz. Simply share the video tagging Verso Books on Facebook and @VersoBooks on  Twitter using the hashtag #VersoVoices! This competition is open to UK residents only (sorry!) and will run until 12 noon on 1st May GMT. 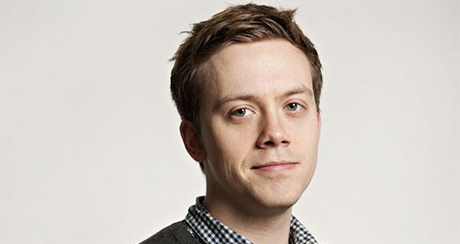 Chavs, first published in 2011, changed the nation's conversation about class and politics. A bestselling investigation into the myth and reality of working-class life, and a damning indictment of the media and political establishment, our new 2016 edition is updated with a new preface looking back at the past five years:

Chavs, written more than five years ago, is a polemic about a society that was unnecessarily unjust, cruel and divided; since its original publication in 2011 Britain has only become more unjust, cruel and divided. The book appeared in print less than twelve months after the Conservatives returned to Downing Street, after thirteen years in the political wilderness, and it had three central purposes: to refute the myth that Britain is a classless society, when in fact huge amounts of wealth and power are concentrated in very few hands; to tackle the poisonous mantra that social problems like poverty are actually individual failings; and to encourage the idea that social progress comes about by people with similar economic interests organizing together to change society.

How Did We Get into This Mess?
by George Monbiot