Crisis and Conflict in the Middle East: A Reading List

An agreement has been reached to evacuate civilians and opposition fighters from the besieged eastern districts of the city of Aleppo, a senior Turkish official and rebel officials have told the Guardian.

The agreement has capped weeks of horrific suffering and violence that have left many dead and others in total despair, raising serious questions at the lack of response from the international community.

People in east Aleppo have issued desperate pleas for rescue, posting farewell messages on Monday night and into Tuesday morning, predicting they would either die in the ongoing bombardment or be tortured and killed if they surrendered.

As events continue to unfold, we present a reading list of key books which — through investigative journalism, graphic storytelling, and critical analysis – shed light on the unfolding crisis in the Middle East.

Syrians leave a rebel-held area of Aleppo to go to the government-held side.

Syria Burning: A Short History of a Catastrophe
by Charles Glass

What are the origins of the Syrian crisis, and why did no one do anything to stop it? In his most recent book veteran Middle East expert Charles Glass combines reportage, analysis and history to provide an accessible overview of the origins and permutations defining the conflict, situating it clearly in the overall crisis of the region. While the impact of this catastrophe is now being felt on the streets of Europe and the United States, Glass gives a powerful argument for why the West has failed to get to grips with the consequences of the crisis.

Syrian Notebooks: Inside the Homs Uprising
by Jonathan Littell

A blistering firsthand account of the conflict in Homs by the internationally acclaimed author of The Kindly Ones.

“We fight for our religion, for our women, for our land, and lastly to save our skin. As for them, they’re only fighting to save their skin.”

The Age of Jihad: Islamic State and the Great War for the Middle East
by Patrick Cockburn

The Age of Jihad charts the turmoil of today’s Middle East and the devastating role the West has played in the region from 2001 to the present.

Cockburn shows in arresting detail how Islamic State did not explode into existence in Syria in the wake of the Arab Spring, as conventional wisdom would have it. The organization gestated over several years in occupied Iraq, before growing to the point where it can threaten the stability of the whole region. Cockburn was the first Western journalist to warn of the dangers posed by Islamic State. His originality and breadth of vision make The Age of Jihad the most in-depth analysis of the regional crisis in the Middle East to date.

Also by Cockburn, The Rise of Islamic State: ISIS and the New Sunni Revolution

The essential “on the ground” report on the fastest-growing new threat in the Middle East from the Winner of the 2014 Foreign Affairs Journalist of the Year Award In The Rise of Islamic State, Patrick Cockburn describes the conflicts behind a dramatic unraveling of US foreign policy. He shows how the West created the conditions for ISIS’s explosive success by stoking the war in Syria. The West—the US and NATO in particular—underestimated the militants’ potential until it was too late and failed to act against jihadi sponsors in Saudi Arabia, Turkey and Pakistan.

Iran Without Borders: Towards a Critique of the Postcolonial Nation
by Hamid Dabashi

For decades, the narrative about Iran has been dominated by a false binary, in which the traditional ruling Islamist regime is counterposed to a modern population of educated, secular urbanites. However, Iran has for many centuries been a nation forged from a diverse mix of influences, most of them non-sectarian and cosmopolitan. In Iran Without Borders, the acclaimed cultural critic and scholar of Iranian history Hamid Dabashi traces the evolution of this worldly culture from the eighteenth century to the present day, journeying through social and intellectual movements, and the lives of writers, artists and public intellectuals who articulated the idea of Iran on a transnational public sphere. Many left their homeland—either physically or emotionally—and imagined it from places as far-flung as Istanbul, Cairo, Calcutta, Paris, or New York, but together they forged a nation as worldly as it is multifarious. 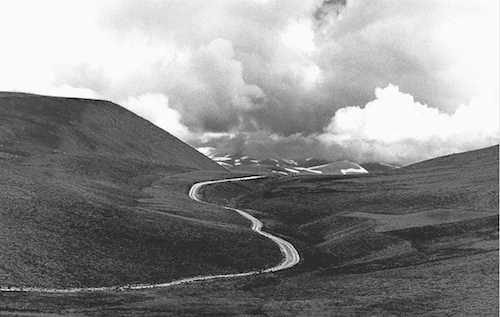 Violent Borders: Refugees and the Right to Move
by Reece Jones

Reece Jones offers a major new exploration of the refugee crisis focusing on the violence of borders. In Violent Borders, he crosses the migrant trails of the world, documenting the billions of dollars spent on border security projects and their dire consequences for countless millions. With the growth of borders and resource enclosures, the deaths of migrants in search of a better life are intimately connected to climate change, environmental degradation, and the growth of global wealth inequality.

The Killing of Osama Bin Laden
by Seymour Hersh

This electrifying investigation, which has ignited a firestorm of controversy in the world media, confronts the White House lies about the assassination of Osama bin Laden. In his introduction, Hersh asks what will be the legacy of Obama’s time in office. Was it an era of “change we can believe in” or a season of lies and compromises that continued George W. Bush’s misconceived War on Terror? How did he lose the confidence of the general in charge of America’s forces who acted in direct contradiction to the White House? What else do we not know?

In this incisive analysis, Cihan Tuğal argues that the problem with Turkey's model of Islamic liberalism is much broader and deeper than Erdogan’s increasing authoritarianism. The problems are inherent in the very model of Islamic liberalism that formed the basis of the AKP's ascendancy and rule since 2002—an intended marriage of neoliberalism and democracy. And this model can also only be understood as a response to regional politics—especially as a response to the “Iranian Model”—a marriage of corporatism and Islamic revolution. Tuğal’s masterful explication of the demise of Islamic liberalism brings in Egypt and Tunisia, once seen as the most likely followers of the Turkish model, and provides a path-breaking examination of their regimes and Islamist movements, as well as paradigm-shifting accounts of Turkey and Iran.

The Least of All Possible Evils: Humanitarian Violence from Arendht to Gaza
by Eyal Weizman

The principle of the “lesser evil”—the acceptability of pursuing one exceptional course of action in order to prevent a greater injustice—has long been a cornerstone of Western ethical philosophy. From its roots in classical ethics and Christian theology, to Hannah Arendt’s exploration of the work of the Jewish Councils during the Nazi regime, Weizman explores its development in three key transformations of the problem: the defining intervention of Médecins Sans Frontières in mid-1980s Ethiopia; the separation wall in Israel-Palestine; and international and human rights law in Bosnia, Gaza and Iraq. Drawing on a wealth of new research, Weizman charts the latest manifestation of this age-old idea. In doing so he shows how military and political intervention acquired a new “humanitarian” acceptability and legality in the late twentieth and early twenty-first centuries.

The year is 1953. As the value of oil skyrockets, global power brokers begin to take interest in the political regimes of the Middle East. British agents have controlled Iranian oil exports for a generation, but the Shah’s hold on peace is shaky as a charismatic leader enters the scene. Mohammed Mossadegh’s calls to overthrow the elites resonates among the people, and as rumors circulate of an impending revolt, American, British and Persian agents hatch plans of overthrow. Deals are made behind closed doors. Every actor has a stake. Iran’s oil will flow, by any means necessary.

When the military turned against Mubarak, so too did the revolt, from outbursts of protest to full on revolution. Hazem Kandil challenges the siding of the military with the people, instead documenting the power struggle between the three components of Egypt’s authoritarian regime: the military, the security services, and the political apparatus. Analysing what it means for Egypt to transition from military to police state, Kandil looks toward future revolution.

The Journey to Tahrir: Revolution, Protest, and Social Change in Egypt
edited by Jeannie Sowers and Chris Toensing

The account of how it all began, this collection of reports from the region details the causes that underpinned the revolution before it amassed in scale. Starting with the eighteen days of protest in the lead up to Mubarak’s resignation, it is a first hand account of the collective dissent of workers, anti-war activists and campaigners for social change.

Bush in Babylon: The Recolonisation of Iraq
by Tariq Ali

Detailing the longstanding imperial ambitions of key figures in the Bush administration and how war profiteers close to Bush are cashing in, Bush in Babylon is unique in moving beyond the corporate looting by the US military government to offer the reader an expert and in-depth analysis of the extent of resistance to the US occupation in Iraq.

Carbon Democracy: Political Power in the Age of Oil
by Timothy Mitchell

Oil is a curse, it is often said, that condemns the countries producing it to an existence defined by war, corruption and enormous inequality. Carbon Democracy tells a more complex story, arguing that no nation escapes the political consequences of our collective dependence on oil. It shapes the body politic both in regions such as the Middle East, which rely upon revenues from oil production, and in the places that have the greatest demand for energy. In making the production of energy the central force shaping the democratic age,Carbon Democracy rethinks the history of energy, the politics of nature, the theory of democracy, and the place of the Middle East in our common world.

Today, 23 percent of the global population is Muslim, but ignorance and misinformation about Islam persist. In this fascinating and useful book, Perry Anderson interviews the noted scholar of Islam Suleiman Mourad about the Qurʾan and the history of the faith.

The Mosaic of Islam reveals both the richness and the fissures of the faith. It speaks of the different voices claiming to represent the religion and spans peaceful groups and manifestations as well as the bloody confrontations that disfigure the Middle East, such as the Saudi intervention in the Yemen and the collapse of Syria and Iraq.

The WikiLeaks Files: The World According to US Empire
by WikiLeaks. Introduction by Julian Assange

What Cablegate tells us about the reach and ambitions of US Empire.

Bush in Babylon
by Tariq Ali

Iran Without Borders
by Hamid Dabashi

The Killing of Osama bin Laden
by Seymour M. Hersh

The WikiLeaks Files
by WikiLeaks

The Journey to Tahrir
Edited by Jeannie Sowers and Chris Toensing 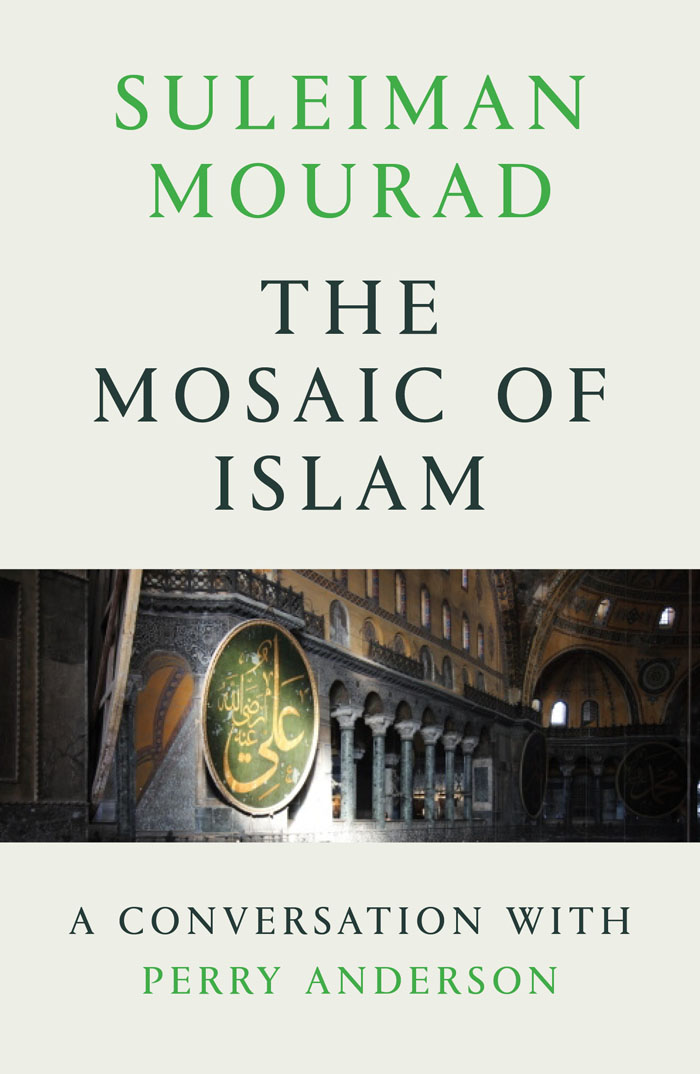 The Mosaic of Islam
by Suleiman Mourad