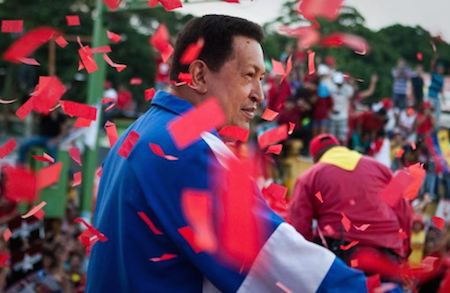 Main and Beeton’s report sheds light on the U.S. government’s efforts to push their neoliberal agenda—and suppress rising anti-neoliberal sentiment. Despite the State Department's claims that “the U.S. doesn’t interfere in the internal politics of other countries,” the article makes it clear that U.S. intervention into Latin American politics is the norm. From coercive measures and financial leverage to material support for groups opposing left governments, the U.S. repeatedly attempted to control Latin American politics.

On October 3, The Bolivian Minister of the President, Juan Ramón Quintana held a press conference to discuss the cables, denouncing the U.S.’s “planes... de desestabilización” (destabilizing plans). He called for in-depth investigation into the WikiLeaks cables.

Some reporting misrepresented Beeton and Main’s findings: a number of articles claimed that they had uncovered U.S. government support, or even plans, for an assassination of Bolivian president Evo Morales or a coup. In truth, the cables merely reveal U.S. diplomats making plans in case of such events.

The U.S. embassy issued a statement denying plans to topple the Bolivian government.

Main and Beeton noted that “a U.S. embassy cable from La Paz in 2008, during a violent secessionist movement, took the possibility of Evo Morales’s death or overthrow seriously." But, they added in a note of clarification:

Neither that cable, nor any others we have seen, reveal any U.S. plans to cause Morales's death. The cable relates to preparations to protect U.S. officials and citizens amid the growing violence in areas such as Santa Cruz. E.g., it reads in part: “Post already sent a warden message warning American citizens about possible violence on September 24 and will send another warden message alerting American citizens to the fact that American Airlines has canceled flights into Bolivia until September 29. All official Americans have been relocated from Santa Cruz.”

Some Bolivian opposition media outlets like Página Siete have also misreported Main and Beeton's clarification by saying that the authors had "publicly denied that there had been a plan to assassinate Morales, nor for a coup d'etat."

We [Beeton and Main] are not saying that the U.S. does or does not have a plan to assassinate or overthrow Morales—just that the cables we analyzed for the book and our Jacobin article do not provide evidence of such a plan. The cables reveal very questionable conduct by the U.S. embassy—including meetings with members of the opposition who talked openly of violence and property destruction as a tactic to pressure the Morales government, and the fact that the Embassy would prepare for Morales's possible death or ouster without alerting the Morales government of its concerns.

Marx and Freud in Latin America
by Bruno Bosteels

The WikiLeaks Files
by WikiLeaks