A Book As A Scream Against a War 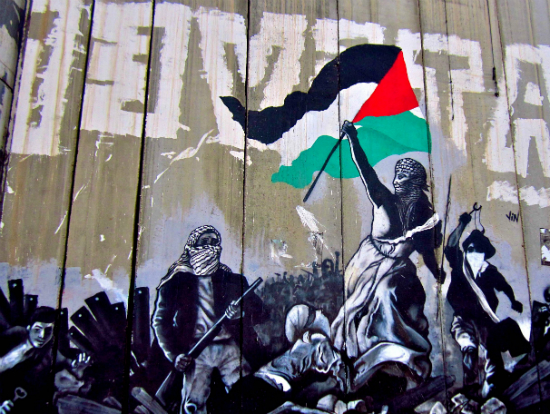 I’ve covered wars before. I’ve seen them destroy lives and generations. There is nothing good about them. Nothing clean. People who did not make the decision to go into war often bear the costs of it. There is a liberal desire to believe that civilians have no politics, that they are merely victims. Palestinians in the Occupied Territories are forced into politics because they are a people who are subjugated. They did not ask for the occupation, all of them now being born into it. Most of them are politically against the occupation, but they might not be actively part of the resistance. Yet, Israel makes no distinction between those who are against the occupation as an existential politics and those who are actively against the occupation in a military sense. The bombs destroy the lives of everyone.

After the 2014 war, I wanted to do something, anything. I had written about the war and signed petitions against the bombardment. But this was not enough. I wanted to collect some of their best writings on the war and the conditions of the occupation in a book to commemorate this war. More than remember the war, I wanted to produce a book that could document not the Nakba (Catastrophe) of 1948 alone, but the recurrent Nakba, the dispossession of the Palestinians on an everyday basis. When I told Jadaliyya about the book, I said, “Letters to Palestine does not explain the conflict, nor make the case for Palestinian liberation. There are too many books that try to prove the existence of Palestine, or else that demonstrate US complicity with Israel. Rashid Khalidi's two volumes from Beacon (The Iron Cage and Brokers of Deceit) make the case as clearly as possible. We had a different remit. We take for granted that Palestine is a place, that Palestinians are a people, and that Israeli and US state policy have denied Palestinian aspirations since 1948. What we do instead is to create a short-circuit between the heart and the head, between our emotions and our rationality, to say that we stand with Palestine and we are not prepared to hold a discussion about Palestine on terms that are set by its occupiers. This is an explicitly political volume, one that is unwilling to be drawn into the kinds of circular debates that are often premised on the denial of Palestinian liberation.”

Letters to Palestine, our scream against a war, proposes to open up questions, to force open a conversation. Discussions about policy seem utterly fantastic given the awful ground realities. Israel’s settlement policy and siege of Gaza makes a two-state solution mythic; Israel’s ethno-nationalist desire to become a Jewish State renders a one-state solution out of the question. What remains? Not much if Israel continues to dispossess Palestinians and hopes to become an ethno-religiously pure state. The terms of the discussion are terrible – with the space so narrow that the Palestinians are forced to concede everything for so little. So the Palestinians resist. They are often asked about non-violence. I was asked this question recently by Red Pepper magazine. This was my answer,

“I think it is not helpful to lecture the Palestinians about their strategy for their national liberation. We are talking about a people who have had their aspirations snuffed out over generations. Many live in refugee camps, and have only known these camps. Others live in the shadow of Israeli gunships and border posts, of settlements and settler violence. To expect people who live under oppression to conform to a liberal idea of politics is arrogant. To say, as well, that the Palestinians have not tried a non-violent movement is misleading: it mis-places the history of struggle for Palestine into the register of violence, and does the work of Zionist ideology.

It is not as if Palestinians have not developed non-violent techniques of resistance. Take the emblematic case of the 1976 Land Day struggle. It was a General Strike in the Galilee that was non-violent. Israeli state forces used harsh repression, killing a few Palestinians and injuring hundreds. Palestinian protest –whether utterly non-violent as in 1976 or with rock-throwing as in the first Intifada of 1987 – was met with disproportionate and asymmetrical violence by the Israelis. This sets the stage for the harsh repression that follows – and the arrest of non-violent advocates who form a considerable section of the political prisoners in Israel’s Ofer/Ktzi’ot Archipelago.”