Today, forms of obscurantism—both “sophisticated” and less so—are seeing a revival as important tools of the governing order. In his Foreword to Hubert Krivine's The Earth, Tariq Ali urges us to see beyond a facile opposition between religious dogmatism and relativism, and instead look to the rich development of science in the Islamic world. 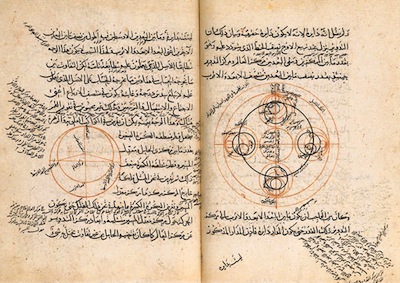 My first thought on reading Hubert Krivine’s book was that it should be immediately translated into Arabic, Persian, Urdu, Bengali, Behasa, so that it is available to the new generation that is growing up in difficult circumstances throughout the world of Islam. And not only in those regions. It will benefit many European citizens of Muslim origin, who will find in these pages an open, calm and non-dogmatic interpretation of the origins of this planet and related matters.

Naturally, Krivine challenges all religious orthodoxies that became an obstacle to free thought and especially to scientific knowledge that disputes the ideological foundations of the different religions. The revival of creationism in parts of the US and the bogus concept of "intelligent design" favored by the unintelligent scribes and politicians (Tony Blair a faded example) are the book’s main targets. The growth of religiosity in the West necessitates a response, but this book is even more essential in the Muslim world, where the teaching of biology and natural sciences in state schools is either non-existent or, at best, fragmentary.

That’s why I read The Earth as an important intervention that could greatly benefit young Muslims everywhere and help transcend both the bombs and the drones from the sky as well as the obscurantist responses from below. In fact, Krivine’s text is such a powerful antidote to ignorance and stupidity that it deserves to be a textbook in both the Muslim world and the United States. Forgive the utopian digression. Those who determine what is studied in the educational institutions of most Muslim countries today are either scared by the fundamentalist groups who skulk around in the background or have themselves moved in that direction. Who will educate the educators of the One-Book school? The more open-minded among them will find much of value in this study. It’s always better to know what it is that one is disagreeing with.

The presence of an obscurantist layer is not limited to the Islamic world proper. A more sophisticated version has established itself in Europe and North America, with a few strong voices in the US academy and British political parties. Here the argument sometimes used is that science is a Western imperialist construct and has to be countered with "Islamic science". This form of relativism does a disservice to all students, regardless of their faith. And this mode of thought compares unfavourably to the open-mindedness of the scholars who inhabited the Bait ul Hikma [The House of Wisdom] in Baghdad for over four centuries (eighth to eleventh centuries CE), who welcomed debates with scholars from different parts of the world and from different religions, and who were proud to learn from the ancient Greeks and both synthesize and correct that learning with the advances then being made in Baghdad, Cordoba, Palermo and later in Samarqand.

The principle was the same as today: the collection and measurement of data through observation and experimentation. Observatories were constructed with which to study the heavens. The Ptolemaic model was discarded, on the basis of empirical observation rather than religious tradition, by the tenth-century Mesopotamian scientist Ibn al-Haytham, who preceded Descartes and Bacon in insisting that Plato, Euclid and others were mistaken in assuming that the eye produced its own light; the astronomers Nasir al-Din al-Tusi and Ali Qushji seriously debated the possibility that the earth rotated on its own axis. The birth of chemistry, algebra, and the development of geometry was a product of the Arab renaissance. Islamic civilization was the most advanced during that period, and it’s hardly a surprise that its confident and assertive scientific intelligentsia produce the finest minds of the Mediterranean world.

Influential Muslim reformers in the imperialism-dominated nineteenth century recalled this period with pride and strongly defended the idea of science separated from both religion and politics. One of them, a militant anti-imperialist, Jamaluddin Afghani, insisted that "science is continually changing capitals. Sometimes it has moved from East to West and other times from West to East." He pointed out the dangers of obscurantism and noted how the "Muslim religion has tried to stifle science and stop its progress. It has thus succeeded in halting the philosophical or intellectual movement and in turning minds from the search for scientific truth." For him science was universal and he strongly rebuked attempts to force it into religious straitjackets and wrote that

the strangest thing of all is that our ulema these days have divided science into two parts. One they call Muslim science and one European science … They have not understood that science is that noble thing that has no connection with any nation, and is not distinguished by anything but itself.[1]

In 1910, Ahmed Kasravi, a young mullah in Tabriz in Persia, stood on the roof of his house and looked upwards. Halley’s Comet, the star with a tail, was flaming through the Persian sky. This made him think about the universe. A process of self-questioning began. Kasravi left the seminary and became a historian of his country and a free thinker. In 1946 he was accused of "slandering Islam", but before he could be tried, a religious fanatic shot him dead. The point of the story is that scepticism can reach the inner sanctums of any religion, as Spinoza and Giordano Bruno proved many centuries ago.

Compare all this to some of the nonsense spouted in the last half of the twentieth century and, of course, today, and the regression is only too visible. During the Zia-ul-Haq military dictatorship in Pakistan (1977–89), when religion was imposed on the hitherto relaxed culture of the country from above, I can recall the transcript of a scientific conference in which a participant was faced with a dilemma. According to Islamic tradition, the Prophet climbed on his horse in Jerusalem (the site of the Dome on the Rock) and flew to heaven for a summit with the Creator. The scientist explained that the Prophet did fly away, but not on a horse: He was transported upwards by a laser beam, a fact that demonstrated the advances of Islamic science. Later, Mr A. A. Abassi, a Pakistani ‘neuropsychiatrist’, authored a book dangerously entitled The Quran and Mental Hygiene, sadly out of print, in which he explained that everything needed in the modern world was already in the Quran, including medicines that cured diabetes, tuberculosis, stomach ulcers, rheumatism, arthritis, asthma and paralysis. Curiously, he excluded mental illnesses. Not to be outdone on this front, a Pakistani nuclear engineer once advised the government that the jinn (demons) that appear in the Quran as well as the Thousand and One Nights were made by Allah from fire and, as such, could be used as a source of energy to combat the permanent energy crisis that bedevils the country. One can laugh or cry—I prefer to laugh. To explain such eccentricities as a manifestation of hostility to imperialism is simply absurd. Even if it were the case, it could only be the anti-imperialism of fools. The Prophet of Islam is quoted as saying that Believers should seek knowledge wherever it exists, even in far off lands like China. And, in fact, that is where some Pakistani scientists went to study nuclear physics. Others were sent to Europe and the United States. Without this collective knowledge they could not have succeeded in producing the Bomb. The point being is that the idiots in the field should not be confused with the learned.

The father of science in Pakistan, Professor Abdus Salam, shared the Nobel Prize for Physics. Ironically, the Ahmediyya sect to which he belonged was, in 1976, declared non-Muslim by a supposedly secular government led by Zulfiqar Ali Bhutto. It was opportunism at its crudest, and it damaged the country’s political culture. Therefore, if one is asked today, "Has a Muslim ever won the Nobel Prize for any science?" one can answer "yes" in India or in Britain, but "no" in Saudi Arabia and Pakistan. There is a further irony in that Salam was a devout Muslim who prayed five times a day but did not allow his beliefs to tamper with his science. There is Divine Truth and there is Reason, proclaimed the twelfth-century Cordoban philosopher Ibn Rushd. Angry clerics burnt his texts at the time, but today it is the philosopher who is remembered.

In Chapter 7 of his book, Krivine explains this duality:

The crucial question of knowing whether Earth really is immobile and the centre of the universe lay at the root of the battle between the Catholic church and Galileo. Like many historical battles, it has often been simplified into a stereotyped image: a backward and uneducated mass opposed to a misunderstood and solitary genius embodying progress.

That is a simplistic view, since to a large extent the struggle was waged within the Church itself, according to its universally accepted rules of the game: the Bible as divine word, and therefore unchallengeable. Until the eighteenth century, scientists (intellectuals) were all believers, even men of the church, if with differing responsibilities. Besides, Galileo was far from being isolated or misunderstood. Just like Kepler, with whom he corresponded, he was honored as one of the leading mathematicians of his time. He was for a long while the protégé of various prelates, in particular Maffeo Barberini, the future Pope Urban VIII, who none the less had him condemned in 1633.

The critique of this naïve view, however, should not lead us to forget that this marked a historical turning point in the manner of conceiving knowledge. Galileo explains in a famous passage in The Assayer (1623):

Philosophy is written in this grand book, the universe, which stands continually open to our gaze. But the book cannot be understood unless one first learns to comprehend the language and read the letters in which it is composed. It is written in the language of mathematics.

We are living in bad times again, and good books are as important as ever. It would be a mistake to think that the present is permanent. 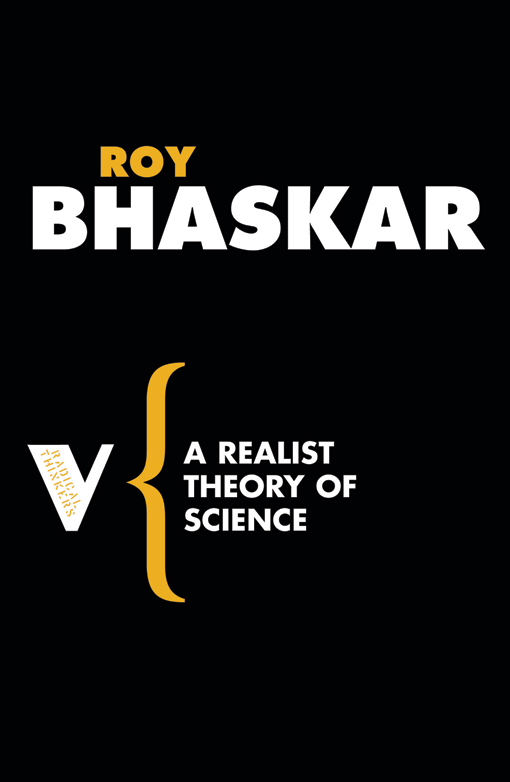 A Realist Theory of Science
by Roy Bhaskar 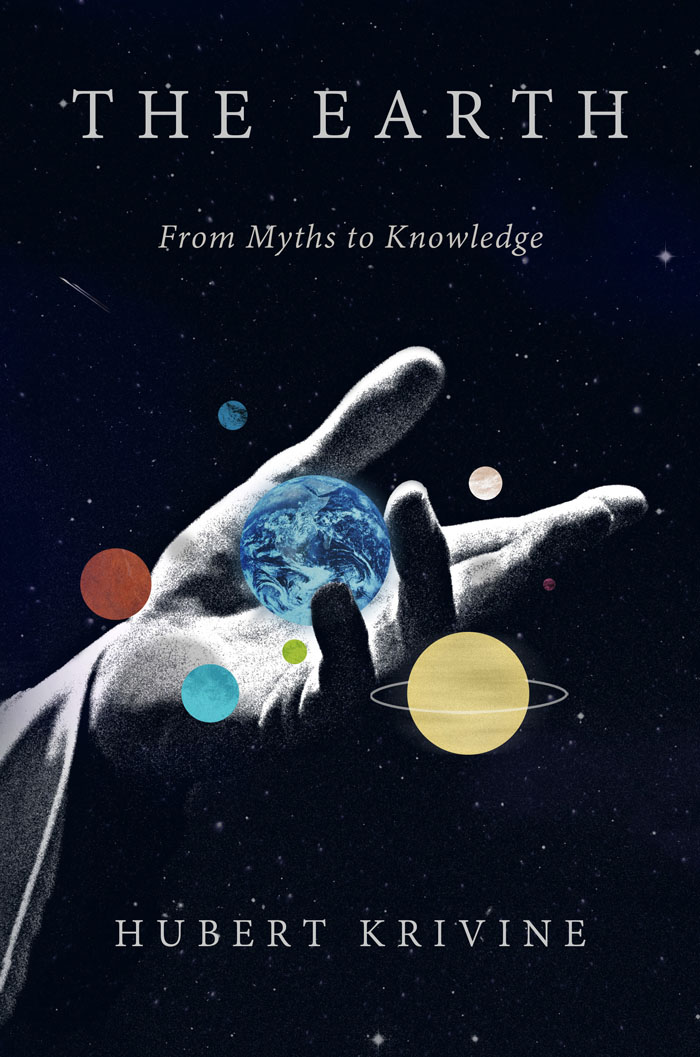 The Earth
by Hubert Krivine