Lincoln Center’s “Art of the Real” series, which [began on 11th April], probes sensitive spots of the wound at the origin of the cinema: the split between documentary and fiction. Many of the best movies are efforts to make the cinematic body whole again. One sidebar to the series, “Repeat As Necessary: The Art of Reenactment,” is focused on self-conscious and self-critical approaches to a practice that has become blandly automatic in documentary filmmaking. Among its highlights are films by Elisabeth Subrin, one of which, “Shulie”, from 1997, is among the most daring and revelatory works ever made on the subject of this practice. 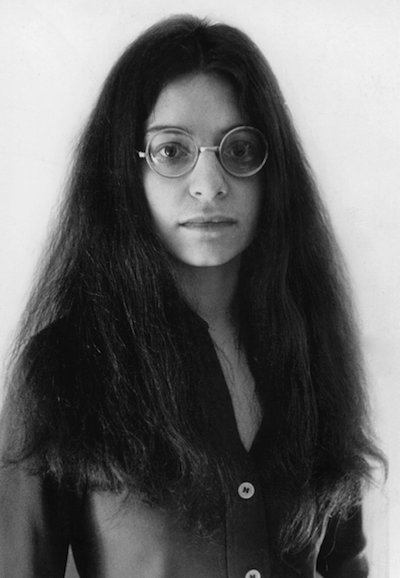 The title refers to Shulamith Firestone, a writer and artist whose 1970 book The Dialectic of Sex, published when she was twenty-five, is one of the founding works of radical feminist thought. (Susan Faludi wrote in this magazine, in 2013, about Firestone’s life and death.) Subrin’s film is a shot-by-shot remake of an unreleased 1967 documentary about Firestone that was made by students when she herself was a twenty-two-year-old student at the Art Institute of Chicago. It’s exactly the sort of work that sounds easily pigeonholed as conceptual or experimental, but Subrin’s concept is ingenious and her experiment results in a major advance in her field. Her ideas are beautiful, and the movie is a thing of wonder.

“Shulie” opens with cityscapes and street scenes that, in their visual quality of grainy film and shifted color tints as well in their composition and tone—and in conjunction with the soundtrack’s collage of drumbeats, protest, strife, and televised kitsch—conjure the mid-sixties with an eerie immediacy. It’s only with a little extra attention that a few anachronisms make themselves felt: the cars on the road in 1997 weren’t those of 1967, some of the buildings in the skyline weren’t there in the sixties. There are new trains on the L line and new typefaces on signage; the hair styles on post-office employees and the cut of a few suits on passersby are of a more recent time. These items feel not like errors but like grafts of the future onto the past—like science fiction. Above all, of course, there’s the performance—or the incarnation—of Firestone by Kim Soss, whose styles are as much out of the past—and as enduring—as the ideas to which she gives voice. (Soss is also the film’s stylist, and is responsible for the costumes and the props.)

The reconstruction of the states of mind that gave rise to Firestone’s ideas is also a restoration of their primal force. Soss as Firestone refers to the open discrimination against “Negroes” in the workplace and the overt pressure that men exert on “any intellectual woman or [woman] involved with the arts.” Whatever progress may have occurred in American society in the intervening thirty years is irrelevant to Firestone’s program, which isn’t a matter of incremental change but, as her book’s subtitle says, of revolution, and of a revolution that’s rooted not merely in the organization of society but in human biology.

“Shulie” doesn’t reveal the historic extremes of Firestone’s ideas, but it brings to life the furious energy that gave rise to them. It’s profoundly moving to see a twenty-two-year-old art student struggle with the pettifogging scrutiny of her fogyish male professors and declare, with the kind of simple, good-humored calm with which all absolute visionaries see past as trivial to the total, the existential urgency that whips her into an inner fury in her daily life.

Firestone wants to “catch time short and not just drift along, go along with it”. She strives to “save” herself “from having a meaningless life.” In a glorious phrase, she declares, “I want to be a master of time, because it’s not enough for me to just live and die,” and explains that the point of art is to “transcend” the fact of being “an animal organism”. Firestone—which is to say, the character—frets, “I keep thinking, I’m twenty-two, what have I done?” And, of course, three years later, she transcended time and became a part of history.

“Shulie” depicts a genius confined to ordinary circumstances, a world-maker still in the shell. But it also depicts the world that was an inextricable part of the rise of that genius, not merely—perhaps not even primarily—in the broader political circumstances that Firestone confronted but in the styles and the moods of the time. Firestone was an artist, and “Shulie” reveals her ideas to be a matter of style. Living in 1967 meant living among artifacts that far predate it—the world isn’t remade anew in each era, decade, year, day, or moment—and it’s the very endurance of the past that makes a film like “Shulie” possible. In 1997, there was plenty of 1967 stuff around (and there still is).

Among that stuff is the original film itself, with its compositions and its tones. In making “Shulie”, Subrin did more than replicate Firestone’s styles, more than film things in the city that the documentary filmmakers saw at the time. She replicated the way that the filmmakers saw things, and this, too, is one of her crucial subjects. In October of 2001, Subrin filmed her Brooklyn neighborhood in order to observe the patriotic symbols displayed after the September 11th attacks; her video installation “Lost Tribes and Promised Lands” shows those images side by side with footage filmed at the same places and the same angles in 2010.

The subject of “Lost Tribes and Promised Lands” is, in effect, the impossibility of stepping twice into the same stream; Subrin’s answer to the Heraclitean paradox is that it isn’t the stream that has changed, it’s you. The first time, Subrin filmed in order to see; the second time, she filmed in order to compare. The needs changed, and so did the tensions. The initial images offer slightly different angles, ones that seem charged with unreleased energy, a sense of stress and imbalance that reflects the turmoil of the moment—a turmoil that’s heightened by comparison to the relatively rectilinear, uninflected 2010 remakes.

There’s a documentary view of 1967, a feeling of the weight and difficulty of moviemaking, that comes through in the shots of “Shulie”. Filmmaking is a physical art, one in which the control of the camera is like the stroke of a painter’s brush. The most potent aspect of intellectual archeology that Subrin captures is Firestone’s essential subject: the resistance of the body. Artifacts can be recovered or remade; clothing can be scrounged or tailored; behavior can, at a certain level, be controlled, but there’s a level at which it cannot—the subcutaneous and subconscious, the infinitesimal element of one’s own relationship to the body. This is the crucially vanished element that lends an ineffable yearning to all visions of the past—and poses an artistic challenge to all attempts to recreate it.

The blend of self-revelation and self-concealment, of discipline and spontaneity, of obliviousness and wariness that are on display in the slightest movement and even in repose are the essence of the intimate choreography of daily life. (It’s no surprise that the movie in which this tension is best dramatized is another feminist classic, Chantal Akerman’s “Jeanne Dielman”.) It’s in these underlying, innumerable, deeply internalized tensions that the lifelong impositions and demands of society are most conspicuous—in the light of history—even though they remain virtually invisible, seemingly natural, in the present tense of experience. This ingrained, muscular-level aspect of gesture and posture—in short, the way that one carries oneself—is where the historical moment is embedded inextricably into one’s character, even into one’s very being. It’s the essence of nostalgia; it’s what makes archival images so powerful and what makes the recreation of the past so tempting—and nearly impossible.