"I had to learn the language": Bradley Garrett on ninjas, seccas, and the glossary of place-hacking

In honor of the WIN EVERYTHING! competiton, running on our Twitter today and tomorrow, we decided to ask Explore Everything author Bradley Garrett about the backstory behind his impressive glossary. How might one make the leap from studying it to using it in everyday language? Read our Q&A with Bradley in full below. 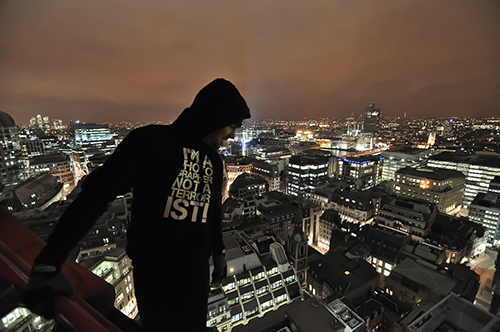 1. What made you decide to include a glossary in Explore Everything, and how did you come up with the terms?

I didn't come up with the terms, I had to learn them! Like any good ethnographer, when I met the explorers I didn't have a clue what they were talking about most of the time so I had to learn the language. I had a little notebook where I kept all these phrases. When we were getting ready to publish the book, it occurred to me that I was, by then, so embedded in the culture I was writing sentences near impenetrable to "outsiders". Rather than change that, I included that argot glossary for reference but also just because it's hilarious. Imagine someone reading the book in 2050, totally twisted over the language, trying to comprehend the Zeitgeist of the age.

2. How important is using the slang to the experience of place-hacking? Is speaking in code a necessity?

It's not coded slang in a secret agent sense, it's just a language that developed out of spending time together. Thinking back on the times we spent riding a train home from a location bragging about "baiting out the seccas" and "chimping over greazy hips shots", other passengers probably totally thought we were speaking another language. But language is never a static thing - it develops out of necessity, playfulness and sometimes just because a mistake was made and it turned into a meme. So much of it is flippant though, it's hard to know where the sarcastic divide is. No one takes the term "hero shot" seriously but everyone takes them.

Absolutely, grab one of the words and agree with 5 friends you will use it for a week constantly. I guarantee it will catch and you'll soon find someone you've never met saying it back to you. While we're on the topic, I think we should be taking a weekly word out of the 1811 Dictionary of the Vulgar Tongue and integrating them into everyday language.

4. Have you ever actually used the phrase, "Trojan horse exploit"?

Who needs it when you've got ninjas? 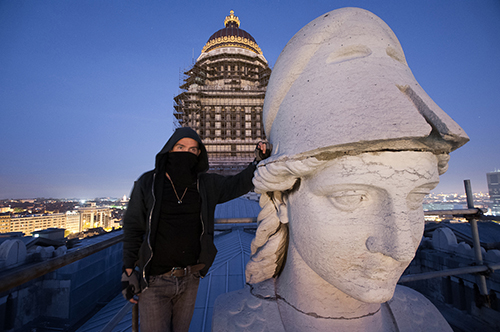 COMPETITION: on Monday 29th and Tuesday 30th of September, we're giving away copies of Explore Everything PLUS a Verso bag filled with our best urban reading. See here for more details!

Explore Everything: Place-Hacking the City by Bradley Garrett publishes in paperback this month.