In new interviews with the Los Angeles Review of Books and Harper's Magazine, Ken Silverstein, author of The Secret World of Oil, has been sharing some of his own secrets about writing this major work of investigative reporting, which examines the corruption of the oil industry and the players behind it. 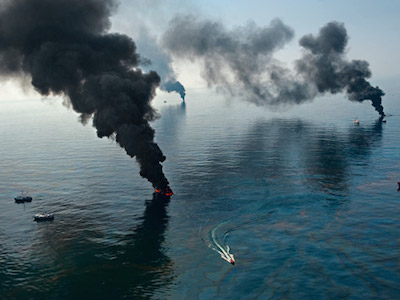 In conversation with LARB's Michael Busch, Silverstein discusses the current oil situation in China, which he calls "a new player doing the old thing"; his criticism of Tony Blair and Bill Clinton; the quickly changing price of oil today; and the story of "legacy lawsuits" closer to home in Louisiana. About Louisiana, he elaborates:

Louisiana is always interesting. You can't go wrong covering that state. Louisiana is the largest oil producer per capita in the United States, and the industry has always had an incredible amount of political influence there. In some ways, it is comparable to that of a Third World country. Oil has been especially profitable for industry executives and a small number of other elites who have benefitted from its production. I should say, though, that a lot of people in Louisiana got jobs through the industry — oil is not unpopular in the state. But the benefits have not been widely shared, as the state's social indicators make clear. Louisiana is below just about every state in the country when you look at numbers of people living below the poverty line, or at life expectancy, or at infant mortality.

In an interview with Harper's Hardy Calvert, Silverstein speaks further about covering oil both globally and domestically. Additionally, as the former Washington Editor for Harper's, Silverstein says that leaving that post led him to the opportunity to write The Secret World of Oil:

I was really burned out at the time. I moved to Washington in 1993, and since then things have gotten undeniably worse in every way, in terms of the health of the country’s democracy, the health of the economy, the health of citizens’ ability to impact the government. It’s discouraging. I did feel like I needed a break, and I got it — I went to Open Society, got a fellowship, and did the reporting that led to this book.

Visit LA Review of Books and Harper's to read the interviews in full.