Today marks the U.S. release of Justin McGuirk's Radical Cities: Across Latin America in Search of a New Architecture, in which McGuirk discovers both the radical history and future of Latin American architecture, and what it can teach and offer the rest of the world. An excerpt from the book focusing on PREVI—the wonderfully radical yet all-but-forgotten experimental housing project in 1960s Lima—can be found at ArchDaily. 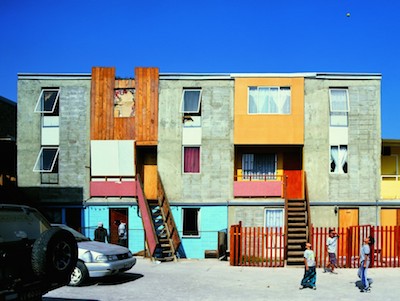 Just last week, McGuirk published the article "In struggle to remake Rio, favelas should be embraced — not trampled" in Al Jazeera. In a passionate argument for the incorporation rather than the relocation of favelas, or Brazilian slums, in the wake of the impending 2014 World Cup and 2016 Olympics in Rio, McGuirk shows not only his strength as an accessible and compelling writer, but also his varied knowledge on urbanism and architecture in Latin America. Taking from his travels, which he expands on in Radical Cities, he calls for the realization that favelas make up, define, and in fact are the city:

There are 1.4 million people living in Rio's favelas, accounting for 22 percent of the population within the city limits. Across Latin America, nearly a third of all city dwellers live in informal conditions. Across the world, 85 percent of housing is built illegally. In other words, squatters and favelados build more square miles of city than governments, developers, architects or anyone else. Some estimate that by 2030, some two billion people, or a quarter of humanity, will be squatters. So when are we going to recognize that favelas are not an aberration, but the primary urban condition? When will we come to terms with the fact that the favelas are not a problem of urbanity, but the solution? When will we accept that the favela is the city?