In the following tribute to Yuri Kochiyama, who died on June 1, 2014, John Kuo Wei Tchen, editor of Yellow Peril!, remembers the Japanese-American activist as humble and formidable, exemplifying a rare "radical generosity" among her colleagues in the movement. 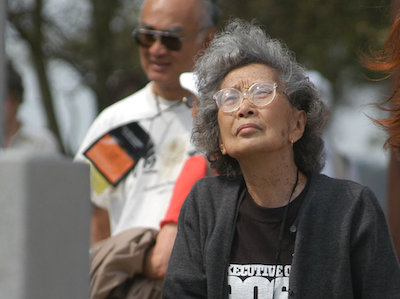 Life-long activist Yuri Kochiyama passed away peacefully in her sleep in Berkeley, California on the morning of Sunday, June 1 at the age of 93. Over a span of more than 50 years, Yuri worked tirelessly for social and political change through her activism in support of social justice and civil and human rights movements. Yuri was born on May 19, 1921 in San Pedro, California and spent two years in a concentration camp in Jerome, Arkansas during World War II. After the war, she moved to New York City and married Bill Kochiyama, a decorated veteran of the all-Japanese American 442nd combat unit of the U.S. Army.

Yuri's activism started in Harlem in the early 1960's, where she participated in the Harlem Freedom Schools, and later, the African American, Asian American and Third World movements for civil and human rights and in the opposition against the Vietnam War. In 1963, she met Malcolm X. Their friendship and political alliance radically changed her life and perspective. She joined his group, the Organization of Afro-American Unity, to work for racial justice and human rights. Over the course of her life, Yuri was actively involved in various movements for ethnic studies, redress and reparations for Japanese Americans, African Americans and Native Americans, political prisoners' rights, Puerto Rican independence and many other struggles.

I've been asked to write a few short comments about the passing of Yuri Kochiyama. I thought it best to first post their family notice—plain, dignified, and simple.

For me, what was most important about Yuri and Bill Kochiyama is they led by doing. Those who had met them always remarked on how humble and soft-spoken they were interpersonally. They exemplified what could be called a radical generosity. All around them knew the work Yuri and Bill did was about building networks and being true to what they said. They were praxis embodied. Most remarkable was they always showed up. They did the minute-to-minute, day-to-day, year-to-year work of movement building.

In an era where extreme individualism and celebrity drives U.S. culture, we lose a sense of how movements for social change happen. Organizers for the collective and common good tend not to get recognized, in part because the commercial culture dines on individual drama. But also we tend to want to romanticize the hard work of organizing into storybook action hero narratives. We can make the same mistake in recognizing Yuri. So, to honor Yuri is also to honor Bill, their loving family, and the movement they helped built—the actual context of their lives, trials, and tribulations.

When I entered NYC in 1975, I met Yuri via the organizing work of the "Triple A"—namely the Asian Americans for Action, led by the formidable Nisei trio of Minn Matsuda, Kazu Iijima, and Yuri. In their 50s, they worked as a team, each playing different roles at different times, suiting their individual, distinctive strengths. Their newsletter kept us informed of what was happening and their phone calls summoned us to the latest demonstrations. They respected historical and political analysis, but always for the purpose of the work it would motivate us to do.

For me, what we took for granted was the wisdom and authenticity they embodied as veterans of many campaigns. For many decades these three, and Bill, sought to link the truths they learned from FBI despot and terrorist Edgar Hoover and President Franklin D. Roosevelt's concentration camps to the larger life of American politics and power. When we mourn Yuri Kochiyama's passing, we must also remember Bill, the sacrifices of the Kochiyama family, and the formidable network of movement builders they were part and parcel of.

Here's to the hidden labor that makes all movements effective—the organizers who do the work and don't seek the glory, but step up when needed. Yuri, Bill, Min, and Kazu stepped up.

For those who'd like to read a bit more about Yuri's life, one of the best works about her is the interview conducted by journalist Arthur Tobier, who founded the Community Documentation Project out of St Marks Church. The Fishmerchant's Daughter (1981) is a remarkable, lyrical early life history. 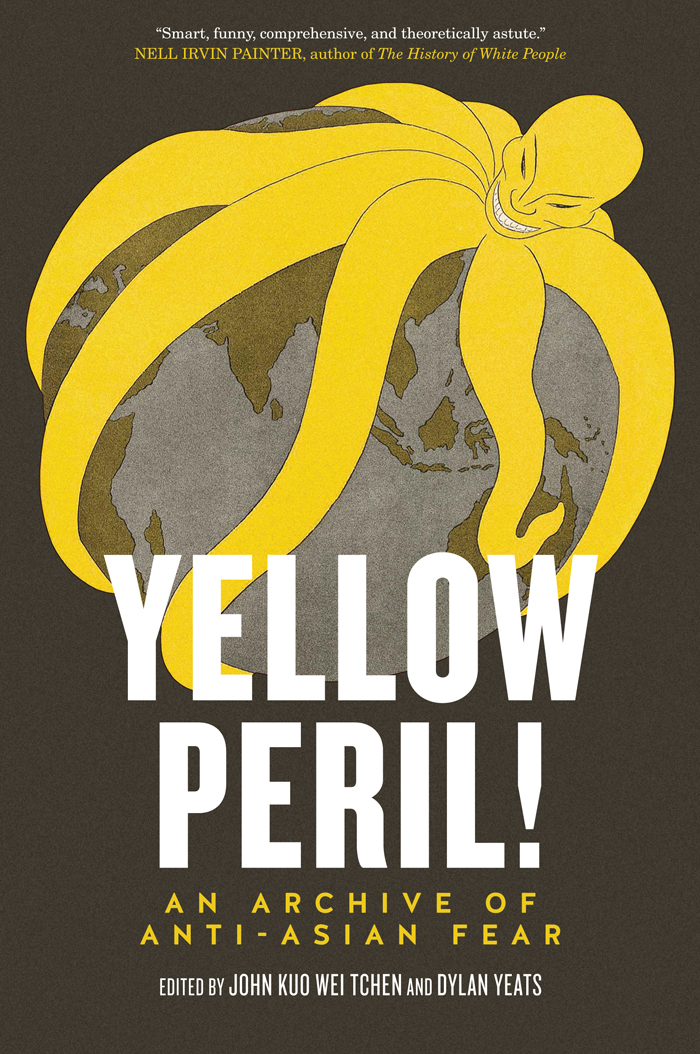