By Michel Caillat and Marc Perelman 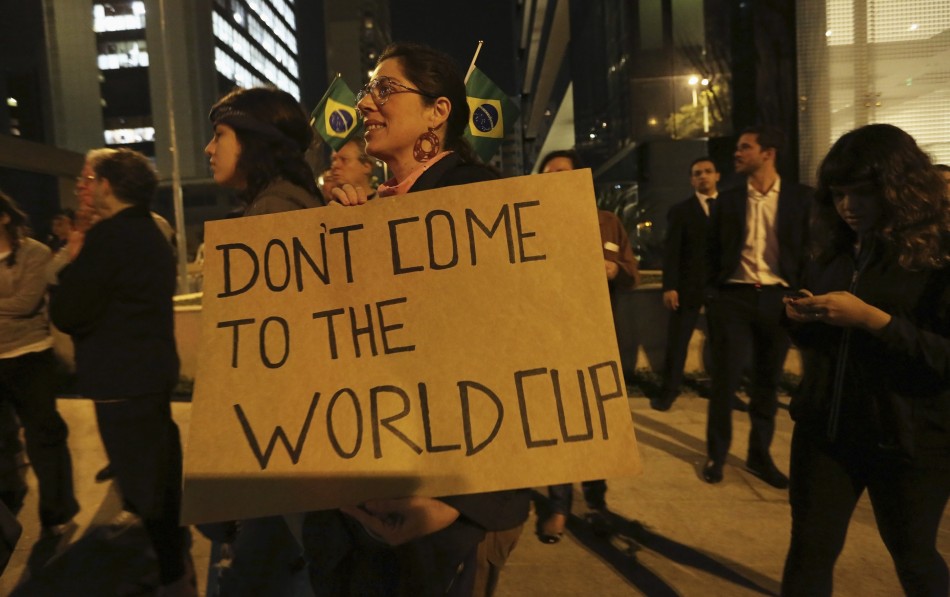 Most analysts have been able to understand and explain the genesis of the mass demonstrations that have taken place in Brazil in recent weeks. It was the rise in public transport fares that unleashed the nationwide wave of struggle, affecting all the major cities which must play host to the matches of the upcoming 2014 football World Cup. From this followed a whole cascade of demands concerning health, education, opposition to privatisation, opposition to repression, and generally  standing up for public services, all of which have been put into question by the government of Dilma Rousseff and her friends in the Workers’ Party (PT). The ‘ocean of roses’ on which Lula thought he could navigate has transformed into a vast mass of thorns.

All the same, among these analyses, certain aspects are missing – elements which we think are decisive not only to understand the drives of the current protests, but also to understand the inherent character of their demands: namely, the political role of football as a phenomenon that crushes people’s consciousness, the pernicious power of stadiums as a site of mass depoliticisation, urban planning in the service of a new sport-centred environment, and, indeed, the dictatorial strategy of FIFA carried out under the aegis of a bureaucracy that imposes its diktats.

In 2012, after a long battle in parliament, the Brazilian state finally accepted the Lei Geral da Copa, whose driving force was FIFA. This ‘General World Cup Bill’ imposes bank holidays on the host cities on the days when the Brazilian national team is playing, reduces the number of seats for the general public (while increasing their cost), and allows alcoholic drinks in the stadiums. The legal ban on sales within Brazil’s football grounds has been lifted in order to preserve FIFA’s juicy contract with the multinational Anheuser Busch, which produces Budweiser lager, one of the competition’s main sponsors. The ‘General Bill’ similarly exempts the companies working on the World Cup (including those renovating or building stadiums) from taxes and charges, bans (Article 11) the sale of any merchandise within ‘official competition sites, in their immediate surroundings and principal access routes’ and penalises (Article 23) bars who attempt to show the matches or promote certain brands. To top it all, the Bill considers as a federal crime any attack on the image of FIFA or its sponsors, as well as so-called ‘ambush’ or ‘intrusive’ marketing which uses any image related to the competition, or football in general, without authorisation. In order to impose the penalties as quickly as possible – from a simple fine, up to a two-year prison sentence – FIFA wants to force the creation of special courts during the World Cup. Now, this kind of measure runs contrary to the Brazilian Constitution of 1988, which, indeed, stipulates – as in most developed countries – that there can be no special courts or justice, and that justice must be the same for everyone.

The unconstitutionality of these proposals does not, however, seem to be stopping FIFA, which wants to repeat what it put in place during the 2010 World Cup held in South Africa, with the creation of 56 ‘World Cup courts’. FIFA wants total impunity for any harm caused to individuals, businesses and institutions during the competition. The Brazilian federal state is, therefore, responsible ‘for all types of damages resulting from any kind of incident or accident in relation to the events’. As such, it could be forced to reimburse FIFA and its commercial partners in case of an attack, incidents resulting from organised crime, natural disasters, etc. By way of this General World Cup Bill, FIFA – much like the International Olympic Committee (IOC) – is thus capable of imposing its iniquitous law on the country hosting a sporting event. FIFA never ceases to remind us that it is not being demanding – rather, it is Brazil, which put itself forward to host the competition, which is putting on the pressure. The law of sporting federations thus imposes itself on the law of the country, without rousing any indignation among its political leaders!

Yet even faced the FIFA bulldozer, the TV reports cannot help but show a number of demonstrators hostile to the football World Cup: ‘Don’t come to see the Cup’ is one of the slogans most often advanced by protestors, standing up against the World Cup because they understand that it entails massive speculation (building firms making ever increasing demands on the state for more money) and the expulsion of thousands of families, that it means razing houses and residential districts to the ground – and not just favelas – to clear the way for motorways linking the airport to the new Castelao stadium. It is nothing other than social and urban cleansing in the name of the success of the World Cup.

The immense resistance which we are now seeing seems to indicate that people have grasped a new level of consciousness with regard to futebol, that opium of the people for which Brazilians today seem to have much less appreciation. The ‘king’ Pele is thus a particular target of the demonstrators, having proclaimed ‘Let's forget all this confusion that’s happening in Brazil, all these protests, and remember that the national team is our country, our blood’. Brazilians appreciated still less the arrogance of Jérôme Valcke, general secretary of FIFA, who last year called on Brazil to ‘kick their arses into gear’. The expression resonated in the ears of the Brazilian organisers as an insult. It is true that this bureaucrat, for all his arrogance, isn’t too careful with words. Did he not, just a few months back, advance some at least rather curious proposals?... ‘I will say something which is crazy, but less democracy is sometimes better for organising a World Cup. When you have a very strong head of state who can decide, as maybe Putin can do in 2018... that is easier for us organisers than a country such as Germany, where you have to negotiate at different levels’. What a great humanist, this Mr Valcke!

The FIFA president Sepp Blatter (also a member of the IOC) has not stayed on the sidelines, but rather backed up his general secretary’s comments, himself stating that the 1978 World Cup in Argentina was ‘a kind of reconciliation of the public, of the people of Argentina, with the system, the political system, the military system at the time’, all the while congratulating himself on this organisational success. We should not forget that this competition went ahead despite numerous calls for a boycott, for example in France, since the country was then living under the yoke of the bloody regime of General Videla, who died just last month. The members of trade union organisations and left-wing parties who were being cut up with saws just a few hundred metres from the stadium, at the sinister Navy School of Mechanics, would surely appreciate – if any are still alive – President Blatter’s words. But at the time, the Argentinian people cheered on its footballing heroes without understanding that this was helping the dictatorship to establish its regime. Today, Joseph Blatter is badly mistaken when he says that ‘football is stronger than people’s dissatisfaction’. Our wager is that the Brazilian youth will make him realise this.