Nick Estes is a citizen of the Lower Brule Sioux Tribe. He is an Assistant Professor in the American Studies Department at the University of New Mexico. In 2014, he co-founded The Red Nation, an Indigenous resistance organization. For 2017-2018, Estes was the American Democracy Fellow at the Charles Warren Center for Studies in American History at Harvard University.

Estes is the author of the book Our History Is the Future: Standing Rock Versus the Dakota Access Pipeline, and the Long Tradition of Indigenous Resistance (Verso, 2019) and he co-edited Standing with Standing Rock: Voices from the #NoDAPL Movement (University of Minnesota, 2019), which draws together more than thirty contributors, including leaders, scholars, and activists of the Standing Rock movement. 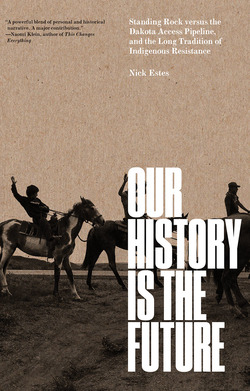